On Monday, June 19, 2017, a publication ban covering the complainants in charges of criminal libel, a law that has been deemed unconstitutional in five Canadian jurisdictions, against me, was lifted, when Crown Prosecutor James Rumleskie stayed the charges, as well as a charge of criminal harassment, in the Haileybury, Ontario Superior Court of Justice.

Now that this ban has been lifted, I am free to share my wholly unique perspective into the reported suicide of Nadine Antoniazzi on October 17, 2008. To the best of my knowledge, I never met Ms. Antoniazzi personally. Her obituary with French Family Funeral Home appears to indicate that she had no blood relatives of her age or older who lived in Kirkland Lake, a small, fairly remote northern Ontario town, to question the circumstances surrounding her untimely passing. 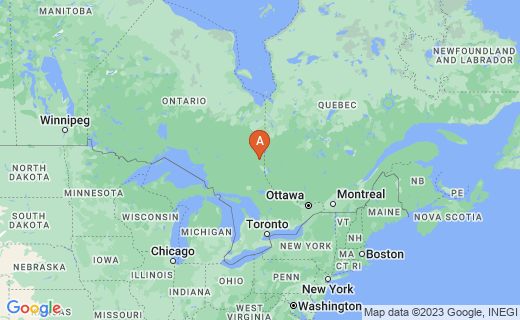 Through court testimony I have learned that Ms. Antoniazzi died of an apparent hanging. Testimony has also been presented indicating that Nadine’s husband, Paul, was out of town when she was found, and that he was given the news of his wife’s death by his brother Wayne.

Though I have since become a successful writer, with over one million professionally published words, in October 2008 I found myself owning a taxicab, working in Kirkland Lake. I also had a girlfriend who worked at the Kirkland Lake IDA pharmacy.

As a cab driver, I was aware of Paul Antoniazzi, and an entourage he led that included people like Mike Zapotochny, a manager with Alex MacIntyre & Associates, and several others. From 2006 through 2008, it was my impression that this group spent more on cabs than most other customers in Kirkland Lake.

I have a lifelong interest in the stock market. When my girlfriend began working at the IDA Pharmacy, she told me that Paul and Wayne would discuss stocks with each other, as well as with customers, in the pharmacy. Knowing of my interest, she asked me to look up the companies they were speaking about. I recognized that the stocks Paul Antoniazzi was associated with were of low quality, and not something that I would be interested in investing in, told my girlfriend so, and didn’t think much more of it.

Sometime between my girlfriend telling me about stocks being traded at the pharmacy and the day Nadine Antoniazzi died, I drove Paul Antoniazzi in my cab, alone, in Kirkland Lake. Just making conversation, I asked him about the stocks he was involved with. He was quite intoxicated, but he indicated that if I ever saw him in the bar, I should come ask him and he would tell me everything he knew. At this point, I really had no interest in Paul Antoniazzi, and only asked him about his companies out of polite interest. I would never have considered investing in them; I recognized that they were highly speculative, with no revenues, and no profits.

Then, on October 18, 2008, or thereabouts, Marcel Desjardins, the owner of Co-Op Taxi, with whom I was working as a subcontractor, told me, and others at the cab stand, that Nadine Antoniazzi, a worker at the IDA, had taken her own life. Later that day, I told my girlfriend, who worked with Ms. Antoniazzi, what Marcel had told me.

My girlfriend immediately burst into tears and expressed shock that such a thing could happen. She stated that Nadine seemed “happy.” I held her in my arms for several minutes as she continued to cry.

Then, about a week later, I drove Paul Antoniazzi in my cab, together with Kate Clarke, who has run for Kirkland Lake Town Council, and another woman who I did not recognize. When we dropped Paul off at his house, I distinctly saw and heard him invite only Ms. Clarke inside for drinks, with an expression that suggested to me that he was hoping for a romantic interlude. Ms. Clarke declined his invitation, he walked up the driveway, and inside his house. Apparently, Ms. Clarke also interpreted Paul’s invitation as a romantic advance because she ridiculed him to her companion as soon as he was out of earshot, and for several minutes as we drove away.

Paul Antoniazzi asked a woman into his house for drinks late at night shortly after his wife was found hanging. This was when I first became suspicious about Nadine Antoniazzi’s death. Paul’s seeming lack of loyalty to his dead wife turned my attention to the performance of the stocks issued by companies he has been associated with. What I found has continued to astound me.

I watched the price of the stock of Opawica Explorations slide from near $0.20 down to about $0.005 in March 2013: a loss of over 90 percent. At this point, I made my first formal report to the OPP about my suspicions (see image), and continued my research. Opawica has since consolidated its shares and continued selling more; the stock continues to lose value.

In early 2014, Tony Antoniazzi, the third Antoniazzi brother, announced his candidacy for mayor of Kirkland Lake. In the weeks leading up to the October election, after having given the OPP over a year to conduct their own investigation, I questioned Tony Antoniazzi, via an open letter (see image), with regard to whether or not he had traded in the shares of his brother’s companies and about local labour practice irregularities. I also announced that I was conducting an investigation into the circumstances surrounding the death of his sister-in-law.

It is worth noting my extensive coverage of Kirkland Lake Town Councillor Todd Morgan and his involvement with Kerr Mines Inc., also discussed here, with Blasting News. Parallels can be drawn between the shares of Kerr and the shares of Opawica and RT Minerals, which is interesting, given that Todd Morgan and Tony Antoniazzi work together on a regular basis.

Tony Antoniazzi has never answered my letter. Further, he has never publicly acknowledged whether or not he has traded in the shares of his brother’s companies, each of which has lost over 90 percent of its value. Those who harbour qualms with regard to asking publicly elected officials about their investments might consider U.S. President Donald Trump and U.S. Senator Bernie Sanders, and almost all other U.S. politicians, who publicly disclose their investment holdings.

Questioning a mayoral candidate about his investment holdings, particularly in the face of a suspicious death, is the job of journalists, which, quite frankly, this writer is amazed that the local Kirkland Lake newspaper, the Northern News, has not once taken part in, and has, instead, printed articles of a seeming flim flam nature covering stock offerings from companies comparable to Opawica and RT Minerals like Kerr Mines Inc., the stock of which has lost almost all of its value.

I do not believe that the recent retirement of Rick Owen, the writer responsible for many of these pieces with the Northern News, and my arrival on the northern Ontario reporting scene, is a coincidence.

From 2008 to present, companies associated with Paul Antoniazzi, RT Minerals, Opawica Explorations, and Affinity Gold have each offered numerous private placements, to a number of different investors. This writer finds the timing of the August 22, 2008 RT Minerals IPO, just weeks before Nadine Antoniazzi’s death, particularly intriguing.

In my January 20, 2017 report to Canadian Minister of Public Safety Ralph Goodale, as well as numerous articles with Blasting News, I have detailed how the issuers and distributors of the stocks of companies which go on to lose most of their value may be faced with motive to commit nefarious acts.

For example, one hypothetical, though plausible, scenario, among many, could have seen Paul and Wayne promoting RT Minerals or Opawica Explorations shares to customers of the Kirkland Lake IDA Pharmacy. If Nadine Antoniazzi were to intentionally, or inadvertently, expose, or threaten to expose, the nature of the shares that went on to lose most of their value, Paul, Wayne, and possibly others, could conceivably be seen with motive to conceal this, plausibly by murdering her. It is also conceivable that Nadine Antoniazzi took her own life out of simple disgust with her husband’s business dealings.

Further, the reported makeup of the staff at the Kirkland Lake IDA Pharmacy at the time of Ms. Antoniazzi’s death is nothing short of eyebrow raising. In addition to Nadine, the pharmacy employed Cassandra Turner, an Antoniazzi relative and wife of Brent Turner, an OPP officer; and Kore Sullivan, the partner of Dave Dube, another OPP officer. Today, Cassandra is employed with Ms. Richard-Gorman’s law firm.

In response to my open letter of September 2014, leading up to the Kirkland Lake mayoral election, Mayor Antoniazzi hired lawyer Julie Richard-Gorman’s firm to send a cease and desist letter (see image), which I published on my blog, and ignored, knowing I had done nothing wrong. The letter instructed me to send all correspondence with regard to the matter to Ms. Richard-Gorman’s office. Over the following six months, I sent Ms. Richard-Gorman three emails, lobbying her and the mayor.

In March 2015, after reporting the above facts on my blog, Yvan Godin and another OPP officer traveled about 250 km from Kirkland Lake, to my new residence in North Bay, and charged me with criminal harassment, and then again, with criminal libel, a charge that has been deemed unconstitutional in five provinces, according to Canadian Lawyer Magazine. Correspondence I have viewed between Detective Godin and Ms. Richard-Gorman has led me to believe that they are personal friends, as they address each other on a first-name basis.

Most incredible is the fact that almost no members of law enforcement appear to be aware of the source of motive presented by those who issue shares that go onto lose most of their value. Instead of investigating what appears to be a suspicious death, the OPP have instead focused their efforts on arresting me and attempting to prevent me from telling the truth about the circumstances surrounding it. How many other unexplained deaths, or murders covered up as suicides, involve un-investigated motive to conceal stock losses? The police appear to be completely oblivious.

To summarize, Paul Antoniazzi is closely associated with at least three revenue-less companies that have issued stocks that have gone on to lose more than 90 percent of their value and were distributed in a manner that this writer has compared to those employed by convicted U.S. swindler Jordan Belfort, upon whose life the 2013 film, The Wolf of Wall Street, was based.

Suddenly, Paul Antoniazzi’s wife committed suicide. Paul Antoniazzi: whose brother reportedly allowed him to talk up customers about stocks in his pharmacy; whose brother employed at least two wives of police officers; whose relative is married to a police officer; whose other brother would later be elected mayor; and when running for mayor, when asked fair questions about his possible investments in his brother’s companies, instead of answering, Tony Antoniazzi hid behind a lawyer and used an unconstitutional law in a successful bid to hide the truth for several years: Nadine Antoniazzi’s death is as suspicious as they come.

Further, discussion of Nadine Antoniazzi has been blocked from the Facebook page for CJKL, Kirkland Lake’s only radio station, which is owned by Rob Connelly, who is reported to be married to a member of the Antoniazzi family. Questions about Nadine Antoniazzi posed during the 2014 Kirkland Lake mayoral race were removed from online Northern News articles (see image), while similar questions were permitted to stand with the CBC and the Timmins Press.