Every March 16, World War II veterans and supporters of the Latvian Legion hold a controversial march in Latvia's capital city of Riga on the unofficial “Legion Day” to honor Latvian troops that fought the Soviets under Nazi Germany's banner. And each year, opposition rallies are also held. The Legion, formed in 1943, was made up of 140,000 Latvian volunteers and conscripts and attached to Germany's Waffen-SS. The Waffen-SS, though tactically controlled by the German High Command, was the armed wing of the Nazi party and responsible for many war crimes.

In March 2012, Riga's city council issued a ban on all street rallies. It is acknowledged that such measures would have little effect on the marches and counter-marches, since prior rulings have apparently been taken as mere suggestions in the past. To some, it appeared to be only window-dressing in reaction to Latvian President Andris Berzins' controversial statements in February that the nation should bow down to the Latvian Legion who deserved respect and not condemnation.

"They were conscripted into the fascist German Legion. They went with the ideal of defending Latvia. Latvians in the Legion were not war criminals," Berzins said. 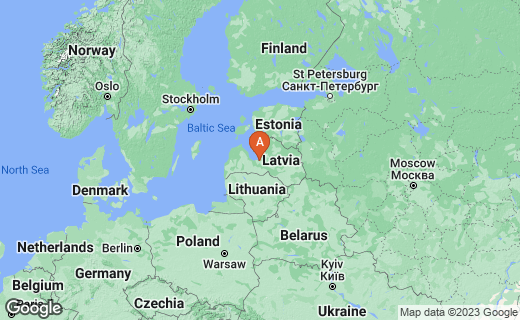 In reaction to the President's words, Latvian Prime Minister Valdis Dombrovskis has warned government ministers to stay away from the rallies. In past years, members of the right-wing National Alliance party have been prominent attendees.

A week after the city council ban on all marches, the court stepped in and partially lifted the ban by sanctioning one of the anti-fascist protests in the city that day, at least coming down on the side of the anti-fascists instead of washing their hands of it and saying “no one can march”.

Russians and Jews claim the rally celebrates Nazism and it does tend to draw Neo-Nazis and other right-wing extremists. The veterans claim they were not Nazis but were simply defending their small country from the hated Soviets. Complicating things further is the fact that 25% of all Latvians are ethnic Russians.

History is Never Black and White

Latvia is a small country of just over 2,000,000 in northeastern Europe on the Baltic Sea. To the north is Estonia; to the south is Lithuania and Belarus; to the east is Russia. Born out of the First World War, Latvia was seized by the Soviet Union in 1940 under the secret terms of the Non-Aggression Pact between the Soviets and the Germans. The Russians killed, deported and conscripted Latvians into the Red Army before the Germans invaded in 1941. At first welcomed as liberators, the Nazis proceeded to kill 70,000 Latvian Jews, establishing their own reign of terror. As with every country in similar situations, there were collaborators.

The veterans say they were not Nazis and that the legion was created in 1943, after the slaughter of the Jews and should not be held responsible for those war crimes. It is true, however, that some who joined the Legion had participated in the killings. It is also true that nearly 50,000 members of the Latvian Legion died in combat or in Soviet captivity.

Another truth is that 130,000 Latvians joined or were conscripted into the Red Army and that about 30,000 of them were killed-- many fighting the Latvian Legion.

Soldiers of the Latvian Legion

It would seem a delicate balance must be struck, given Latvia's history-- a history which is similar to, yet different from her sister Baltic countries, Estonia and Lithuania. Estonia, in particular, also has issues with their own gatherings of Waffen-SS veterans and right-wing extremists. First and foremost, Nazism must not be sanctioned. Far-right extremists and Neo-Nazis must not be allowed any chance of legitimacy. But what of those who had no choice? What of those who fought defending their homeland? There is only one answer: truth and reconciliation. Can Latvia tread that fine line?