List of Metro Manila Cities Where Plastic Ban is Implemented

With Filipinos facing dilemmas on how to live a plastic free live, people are still confused as to what is actually allowed in their respective cities. Crossing city lines is part of our everyday commute to and from work or school.

This hub provides a list of cities where plastic ban is implemented, what the policies include, and when it started. For more on the terminology used below, please visit Plastic Ban in the Philippines.

Map of Metro Manila Where Plastic Ban is Implemented 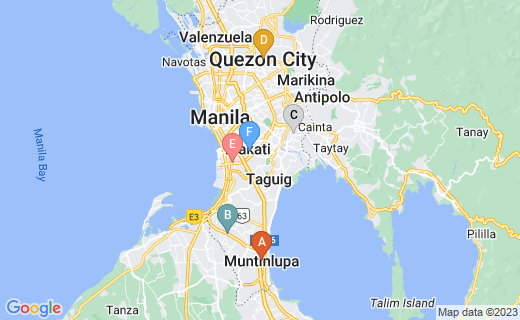 The first LGU to ban plastics in Metro Manila, Muntinlupa City has been plastic free since January 1, 2011. According to its Ordinance 10-109, it prohibits all business establishments from using, offering, and selling plastic bags as primary or secondary packing materials for dry and wet goods. This ordinance also includes polystyrene foams usually used as containers in fast food chains.

The city follows a no-plastic policy. Since its implementation, 1,400 establishments have been issued tickets and seven have committed violations at least four times, facing closure of their businesses. Violators are fined P500, P1,000, and P2,500 for the first, second, and third offense respectively. Imprisonment and suspension or cancellation of business permits are upon the discretion of the court.

Government officials are currently studying how to further improve this ordinance by adding more fines or incentives for a higher compliance rate. Being the first city to impose a plastic ban in Metro Manila, it has triggered a domino effect on other LGU's.

Following its neighbor, Las Piñas LGU passed Ordinance No. 1036-11, effective January 2, 2012. The ordinance prohibits all business establishments in the city from using plastic bags for purchased goods. It also prohibits the use of polystyrene foams (or styrofoams) commonly used as containers for fast food, produce, and other products. All commercial establishments are also prohibited from offering or selling plastic bags as containers or packaging materials.

Las Piñas City follows a no-plastic policy. Anti-plastic police regularly make rounds in the community to ensure that plastics and styrofoams are not used as packing materials for goods. A fine ranging from P1,000 - P5,000 is imposed for those caught violating the rule with a 6-month imprisonment and a cancellation of business permit for one year for succeeding violations.

To date, there is a 4% decline in plastic and polystryrene trash collected from the municipality. It is to be hoped that given a longer duration, the plastic ban will reduce the waste even more.

The Quezon City LGU has passed two ordinances, SP-2140 and SP-2103 last April, 2012. Because of the estimated volume of 719 m3 or 45 10-wheeler truckloads of plastic bags full of trash being collected every single day in the city, the Plastic Bag Reduction Ordinance aims to effectively regulate the use of plastic bags in the city.

Effective September 1, 2012, the SP-2140 ordinance regulates the use of plastic bans and establishes an environmental fee for its use. With a fixed cost of P2.00 per bag regardless of its size, the collected fees will go to a "green fund" to finance various environmental initiatives the establishment will implement in the future.

The SP-2103 ordinance, on the other hand, mandates all business establishments to put up signs to encourage customers to bring their own bags. This is further implemented by adding a point system for their purchases and having dedicated green lanes for checking out to get them on their way out quickly.

Because it is not a total ban, the only plastic bags allowed are those that are above 15 microns in thickness. Because of its durability, this is supposed to encourage you to reuse the plastic bag instead of immediately throwing it away. Also exempted from the ban is the use of transparent plastic bags with no handles, holes, or strings that you usually use to wrap fresh produce and cooked food, also known as "plastic labo". This is the thinnest plastic produced locally in the country. However, vendors are not allowed to double wrap your purchases with this thin plastic or risk being fined.

Establishments found violating the ordinance are fined P1,000 for the first offense, P3,000 for the second offense, and P5,000 or revocation of their business permits for the third offense.

Starting September 1, 2012, City Ordinance No. 4647 bans all stores including wet markets from using noncompostable plastic carryout bags. All stores in the city shall provide or make available to a customer only recyclable paper bags, reusable bags, or compostable plastic bags for carrying out goods or other materials from the point of sale. The ordinance allows business owners to charge a reasonable fee for the recyclable or reusable bags they offer to customers.

While there is no prohibition about bringing in your own bag to stores, business establishments are not allowed to give rebates to customers for doing so. Violators will be given a warning for their first offense, fined P1,000 - P3,000 for succeeding offenses. Further offense will have the business face closure or cancellation of their business permit.

As of June 20, 2013, City Ordinance No. 2003-095 was implemented by Plastic Monitoring Task Force to ban the use, sale, and distribution of plastics and other nonbiodegradable items such as styrofoams. Given that the city was given an adjustment period to make the transition (more than nine years), business establishments and individual vendors were expected to have no problems following this ordinance.

Violators will face a fine of P1,000 or imprisonment ranging from five to thirty days, while establishments will be fined P5,000. Owners of said establishments may also be jailed from a month to a year.