On Saturday, her brother had gone out to the Mud Creek community farm and strung a cable across the gateway. Once it was done, he’d given her the key. It was the only means she could think of to retaliate against her soon-to-be ex-husband for locking her out of the marital home where some of her personal items still remained and pieces of furniture she wished to take with her.

As they travelled up the drive but before they reached the locked gate, Liza and Paris noticed a vehicle trailing them. It didn’t take much scrutiny to realize it was Herman Banks Taylor, Jr., Liza’s estranged husband.

Now it was Monday, September 8, 1969, and Country-Western singer Liza Jane Taylor had returned to the farm along with her brother, Paris Pelham.

Both cars came to a screeching halt and their occupants met between them. Herman demanded Liza give him the key to the locked cable. She refused and bickering ensued. After a few minutes of this heated exchange, the couple agreed to drive up to the house and continue their discussions there.

While Liza drove her car through the gate, Herman drove his with Paris sitting as passenger. During the short drive, Herman told Paris he knew Liza would start an argument. Paris told Herman, “You better not hit her,” to which he replied, “I will if I have to.”

Just as expected, once the trio arrived at the house, the argument was reignited when Liza insisted Herman give her the keys to the house. Herman refused, shouting, “I know you’ve been bringing Jerald Johnson* up here!”

There had been rumors Liza and Jerald were having an affair, even before she filed for divorce in June. The rumors became too great so in August Jerald’s wife, Catherine*, had called together a meeting with Liza and Herman and confronted the woman about having an affair with Jerald. Liza was outraged at the accusation but never denied it. A few days later, Catherine and Herman went for a drive to discuss their spouses' affair and what they should do about it. Herman rambled on about Catherine being in love with her husband but he was “able to love anyone he wanted” and other philosophical rantings, but his outrage was most clear when he said he could kill “both of them.”

Paris felt he should let his sister and her husband work out their issues in private and had turned his back on the couple but when he heard his sister call out his name, he turned to face the two. It was as he was turning, Paris said, he heard a shot and saw his sister lying on the ground; her husband standing only a few feet away holding a .22 caliber gun in his hands.

Paris rushed toward his sister but Herman pointed the gun at him and said, “Paris, don’t make me shoot you, too. Go and tell the damn Sheriff what I’ve done.”

Paris convinced Herman that Liza was in serious need of medical attention and the two agreed to rush her to hospital together. Loading her into the backseat of her car, they sped to Warren County General Hospital who in turn whisked her off by way of ambulance to Vanderbilt Hospital in Nashville.

Believing his sister to be in good hands and his brother-in-law willing to turn himself in, Paris drove Herman back to the farm so he could retrieve his car before rushing off to notify the Pelhams about Liza Jane’s critical state.

Herman drove directly to the Warren County Jail and walked to the information desk. As he sat Liza’s purse containing the gun on the counter, he asked for Sheriff Teddy B. Boyd and his attorney Bernard K. Smith. Herman then fainted.

As the Sheriff was summoned from the Warren County A & L Fair, deputies and jail staff used cold water and smelling salts to bring Herman back to consciousness.

Once the Sheriff arrived and Herman was awake, he told the Sheriff about the argument between he and Liza and how it ended when the gun went off, shooting Liza behind the right ear.

Herman Taylor was arrested after his confession and held at the Warren County Jail on a $10,000 bond. Liza’s brother, H.T. “Zeke” Pelham, was the one who swore out the official warrant for his brother-in-law’s arrest and would later claim, while doing so, Herman stated Liza had laughed at him which caused Herman to shoot her.

Despite being considered well-to-do considering Liza Jane’s country western music career and their frequent travels overseas to entertain American troops, Herman did not make his bond right away and found it revoked when word came the following day that Liza Jane had died as a result of her injuries. A few days later, a grand jury formally indicted Herman Taylor on charges of murder.

With the aid of his attorneys, Herman filed a petition to be released in early October on the grounds he suffered chronic back and heart ailments for which the jail could not sufficiently accommodate and to be able to better help prepare his defense. His request was denied in mid-October.

After many delays, much in part due to the hiring of high profile Nashville attorney John J. Hooker, the State of Tennessee vs. Herman Banks Taylor, Jr. trial got underway in March 1970. The courthouse overflowed with spectators wishing to hear the sordid details of a couple who had traveled the world, an alleged extramarital affair, and the murder which had ended the life of a well-known local girl.

As District Attorney Charles “Buck” Ramsey, Assistant D.A. Gerald Ewell, and special prosecutor Thomas Greer laid out the case, they surmised Herman Taylor was angry about his wife’s affair, her filing for divorce, and feared losing custody of their daughter and his outrage had finally exploded that September evening. And it was likely, they suggested, Herman had intended to kill his wife because he had brought the gun with him.

Herman Taylor’s attorneys, however, countered such a claim saying it was Liza who had brought the gun to the farm in her purse. Further proof of such, they said, was that the gun actually belonged to the victim who had purchased it during the 1950s while the couple was residing in Chicago.

The defense continued by claiming Liza Jane’s death was just a horrible accident, a marital dispute that got out of hand. According to them, Liza was the one to first present the gun and Herman, in an act of defense, grabbed it. A struggle ensued over the gun and it was during this the gun fired, hitting the 37 year-old woman behind her right ear.

Many witnesses testified for the prosecution but none was so anticipated as that of Catherine Johnson, wife of the victim’s supposed secret lover.

Catherine recounted the drive she’d taken with Herman during which he had said he could kill both his wife and her husband but she expanded her testimony by saying she knew for certain the defendant carried a gun because on the day of the drive, he leaned over to kiss her and it had fallen from his coat pocket.

There were several witnesses for the defense as well. Many of those who testified on the defendant’s behalf claimed they had seen Liza Jane frequently carry a gun and/or witnessed her expert marksmanship.

But things took a strange turn when Emily Smith* and Julie Campen*, mother and daughter respectively, took the stand and swore they had went to the Taylor farm on the evening in question to see Herman Taylor and came upon the couple in the midst of their debate. Hiding so as not to be noticed, the pair claimed to have witnessed the shooting and said it was definitely self-inflicted by Liza. Why hadn’t they come forward before, the prosecution wanted to know. According to the two women, they had called the defendant’s attorneys and told them of having witnessed the shooting but had been instructed to “keep quiet.”

Circuit Court Judge Robert Brady was so astonished at the women’s obviously-fabricated testimony that he issued bench warrants against them for perjury.

Herman Taylor testified in his own defense and recounted his story of struggling with Liza Jane over the gun, reiterating that it went off accidentally. He claimed his wife was obsessed with killing him and would have had he not tried to defend himself.

During closing arguments, the defense implored jurors to consider how much Herman Taylor stood to lose as a result of his wife’s death and what she would have gained should their client have been the one to die, reinforcing their claim that the gun was initially in the hands of the victim and the end result a tragic accident.

The jury, consisting of eleven men and one woman, began deliberations at 2:05 p.m. on the afternoon of Friday, March 27, 1970. At 5:44 p.m., only 3 hours and 39 minutes after being handed the case, they returned with a verdict of guilty on the count of voluntary manslaughter with a recommendation of ten years. It would later be disputed whether the jurors agreed on a minimum or maximum term of ten years. The Tennessee Supreme Court would declare the panel intended the ten years to be the maximum amount of time the defendant should be imprisoned.

Herman’s attorneys requested their client be allowed to be freed pending a motion for a new trial and the Court agreed to such in exchange for a $10,000 bond.

Defense attorney’s filed a motion for a new trial based on new evidence uncovered by the defendant himself. In his affidavit, Herman Taylor alleged he had found “a pair of jeans worn by him at the time of the shooting were...after the trial, behind a freezer in his home; and that ‘The imprint on these pants would definitely show that a billfold was carried in the right-hand pocket, and not the left as the State's chief witness had sworn.’ Another affidavit advises of a search of the shooting scene made by Taylor after his trial (six months after the shooting) and his finding a .22 calibre bullet hull buried in the ground at a spot which he theorizes supports his version of the shooting.” However, the Tennessee Supreme Court rejected the appeal saying, “The affidavits are in the technical record, and we find the jeans with the exhibits. No proof that the bullet hull was fired in the death weapon is presented. The authentication and hence the admissibility of the bullet hull is highly questionable, the probative value of its location under all of the circumstances highly speculative, and its production after the trial highly suspect. The jeans, which we have examined, do not ‘definitely show that a billfold was carried in the right-hand pocket.’”

After his appeals were complete, and with credit for time served, Herman served approximately eighteen months behind bars before being freed in 1973.

Herman Taylor married again in August 1985 in Harris County, Texas. His Filipina bride was almost 20 years his junior. The couple remained married until his death on February 14, 2012. His obituary does not mention the daughter he shared with Liza Jane but states he is survived by son and a daughter named Macy* 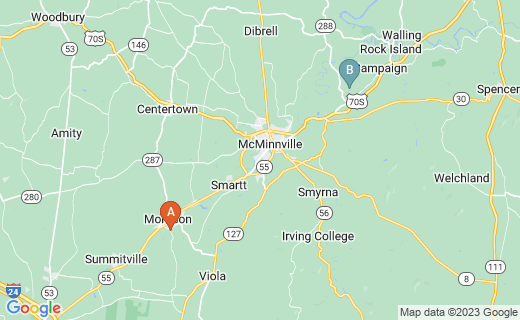