Crime in New York During the Civil Rights Era

Kitty Genovese could be mistaken for a member of the infamous Genovese crime family, but no evidence of that has surfaced. She was murdered, and not a murderer.

Her murder in March 1964 in front of (from a few to 38) witnesses that did nothing but watch is the iconic event applied to the phenomenon of Bystander Syndrome (or Bystander Effect or Genovese Syndrome), used in the social sciences.

The case evidence was perhaps fresher than it is today, back when I learned about it from US criminologists just over a decade after the event. Some of this evidence has been suppressed and supplanted by new evidence and the controversy of a claim that no one stood by and simply watched the murder.

I believe that some onlookers did watch and do nothing - perhaps not all 38 as originally reported, but a portion of these. I believe this, because I have seen several instances of severe physical bullying in school yards and on the streets, with accompanying spectators who did nothing but watch. Some even laughed.

Twice the sound of their voices and the sudden glow of their bedroom Iights interrupted him and frightened him off. Each time he returned, sought her out and stabbed her again. Not one person telephoned ‐ the po­lice during the assault; one wit­ness called after the woman was dead.

The mid-1960s were an era of simmering Civil Rights after the assassination of President John F. Kennedy, the initiation of Miranda Rights, and the elimination of all rights for Kitty Genovese in her early death. The New York Times splashed a big bloody article about it on its front page half a month afterward. Still a kid with 5 TV channels and no Internet, and heard nothing of it until I went to college

The Genovese case is the center of at least one lesson in most introductory social science classrooms in high school and universities today. My high school offered no social sciences and I puzzled with that part of the ACT exam, so I will never forget the case as presented by Dr. Simon Dinitz. He was an animated and well-versed earlier student of Walter Reckless, who founded a school of sociological thought and practice (see the material on Criminology at the link below).

My first self-defense lesson occurred in that classroom: Avoid places, times, and behaviors that attract deadly attack. The way to avoid fatal danger is to be elsewhere. I teach this to my martial arts students today. It is not always possible to avoid danger, but one can be prepared in ways for surviving it. 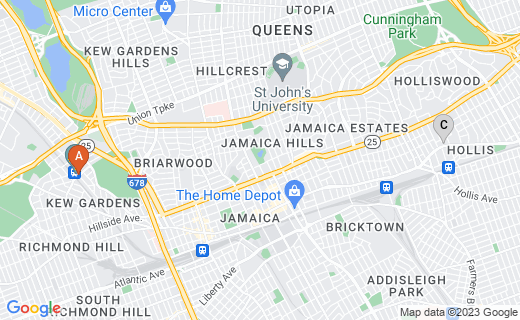 For over 45 years, a controversy in the Genovese murder has simmered and flared. The newspaper reports of 1964 showed that 38 people watched or listened to Kitty’s stabbing murder and did nothing but watch and listen, while other sources state that such an event did not occur*.

Some reports now are that Kitty was attacked by the African-American perp (convicted in 1964 and up again for parole in 2011), three (3) separate times and died before or during the last, which was a rape. Other reports state that the murderer returned to Kitty several times to do more stabbing.

*In my criminology class a dozen years later, we heard that Kitty Genovese was stabbed to death in her apartment building courtyard in one attack, while several people watched from the upper windows.

I remember seeing a group of 4th, 5th, and 6th grade boys drag a 2nd grade girl in a dress around by one ankle in the gravel on a school playground. She was a nasty or maladjusted child that bit people on the arms, drew blood, and attacked other children and adults repeatedly. Teachers and administration did nothing about this, so perhaps the boys crossed the threshold of tolerance and retaliated. I remember over a dozen children in grades 1-6 watching, and no one intervening, including teachers. I was a child that was shocked. At age 8, I also thought the girl deserved it. As an adult, I call the police when I see an attack; occasionally, I intervene myself (I cannot catch bullets in my teeth, after all).

Here's an honest, hard-hitting reaction. Harlan Ellison® writes about the Genovese murder in his book Harlan Ellison's Watching. He mentions reports that he read and that I heard in the classroom, that one man turned up his radio in order to drown out Genovese's screams. The author states that one report said the "not getting involved" excuse was used by almost every one of the thirty-eight individuals that witnessed the attack. He mentions the 38 onlookers more heatedly as "thirty-eight m_____f____s" in The Other Glass Teat, which blisters low-quality TV, poor and biased news reporting, and mindlessness, as does his first volume in this two-book series.

Since the 1970s, "I didn't want to get involved" has become standard for TV poilce dramas. One problem in the 1960s is that NYC Police Departments insisted that callers identify themselves; some reporting crimes did not like that lack of anonymity and felt they'd be attacked by the perpetrator for reporting him/her..

Kitty was a bar manager at Ev's Eleventh Hour Club in Hollis, Queens NY. Interestingly, her mother had witnessed a murder in NYC and asked that the family move to Connecticut 10 years before Kitty’s murder. Kitty stayed in New York. On the early morning of her murder, 28-year-old Kitty drove home and parked close to her apartment’s rear entrance at 3:15 AM. At least one source says she parked at the train station and walked over to her building, but a distance of only 100 feet. 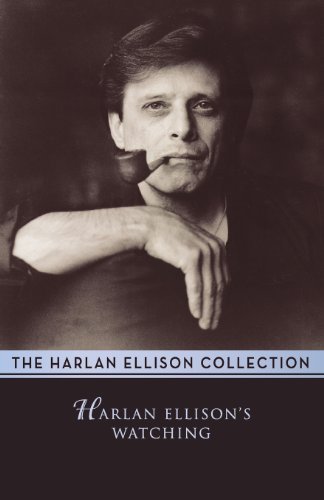 Harlan Ellison's Watching
One male witness even turned up his radio volume in order to drown out Genovese's screams! Read about it here. Harlan Ellison has long been a guide through the world of media and public reaction to everyday life and major events. This book is a prized volume in my library.
Buy Now

Don't wear a short, tight skirt and high heels, taking tiny steps while carrying a pocketbook by the handle on a dark street. It's dangerous.

Perpetrator Winston Moseley, age 75 today, was a 28-year-old serial killer of at least three women whom he also sexually assaulted. Some report him as a necrophile that rapes corpses. Today’s body of evidence reveals three (3) separate attacks on Genovese.

Supposedly, Moseley left Kitty after the first stabbing attack, drove back to find her in a back hallway of her building as she was dying, stabbed her again, and then raped her. Another report says he returned repeatedly, until she was dead (see information below).

New York Times archives show an article of 12/28/1974 in which model Sandra Zahler was reported to die by beating on Christmas morning in her apartment of the building that overlooked the Genovese’s murder. Again, neighbors said they heard screams did nothing.

Could this Bystander Effect possibly not be true, given that it continues to occur? Perhaps it is one of the justifications for the group of people in America that has adopted their own Super Hero personals to avert crime in their cities (Superheroes Anonymous - People That Change the World).

Kitty Genovese: The Murder, the Bystanders, the Crime that Changed America
Buy Now

New Material Released In the 2000s

I think some individuals in a crowd of onlookers will not act to help a victim of crime or persecution for a variety of reasons. A few will help without hesitation, while some will help only if no one else is looking on. Some of the crowd enjoys a fight or enjoys seeing others suffer. Some think that the victim deserves it.

A few people feel that life has beat them down so much that they cannot help anyone; or, why should they help when no one helps them? Some think, “I have no insurance, what if I get hurt?” Others do not want to make a statement to law enforcement or in court. Other reasons may exist.

Considering all of the case materials, new information released in the 2000s, and various opinions,