CRIME: The Dark Side Revealed To Youth

Your Song Cannot Be Unsung

Actions that cannot be undone.

Listen & Learn From Our Mistakes

Running on instinct, not thinking things through.

As the devil weaves his web, he sinks his evil fingers into you.

You try to forgive, you want to forget.

Rearrange the past? Forced to live with your own regret.

Oh, to go back in time, to that fork in the road.

You think back to that moment, you wish, you pray.

If only I…had only done things differently that day.

It’s too late now, the clock keeps on ticking.

You want to change things now that charges are sticking.

Turning back time only happens in fairytales.

Well boys and girls, welcome to the circus of life!

Open your eyes while you still can..& plan ahead.

Take responsibility for your actions & all that is said.

For Once The Song is Over,

For once the song is over, leaving only tears in its tracks,

Your song cannot be unsung, you can’t take things back.

Take heed from your elders, learn from our mistakes.

Don’t let arrogance guide the choices that you make.

Cause in the end you have only one person to answer to.

It’s up to you, only you can make it right.

Don’t do the dance with the devil in the moonlight.

Cause his song always goes unsung.

He who has danced with the devil has never, ever won.

Forgive yourself, but don’t ever forget.

So that your future won’t be filled with regret.

Women Locked Up in Jail

This was written in jail. There were 28 locked up women inmates. There were a select few that had life sentences, and these few women represented strength. That strength was all that they owned. Everything else was stripped from them. They were the baddest ass bitches in the block. They were the ones that most of the women leaned on when depression and discouragement set in. Though they were tough women, they also always offered prayer when needed, to help the weaker ones get through it, while incarcerated.

These women never showed their emotions, nor did they act like anything was ever wrong. Until early one morning the only sound was silent sobbing coming from Maria's bunk. She was sitting up on her steel bed frame. "If only I could turn the clock back six years!", she whispered through her tears.

Please do not miss this very important life lesson:

Please engage your mind before putting your thoughts into motion...

or you, too, will waste years of your life getting locked up and being incarcerated for something that could have easily been avoided with a little common sense.

Five Reasons Juveniles (Not Adults) Get Locked Up

...according to Rolling Stone Magazine

Truancy has been an issue that became one of the earliest official offenses. There are so many more effective methods of getting kids get back in school than by sending them into the juvenile justice system. The underlying goal is to figure out the issue with the family that's causing the child to be truant or run away.

In California truancy is considered a criminal offense. Students who miss school can accumulate fines and even be charged as adults and incarcerated. Another interesting fact is that the law requires the parents to be accountable. If the child continues to stay truant, the parent(s) can be charged and prosecuted for negligence.

Young people who get locked up for status offenses often come from homes with deeply troubled family issues, or perhaps they may have unseen emotional, mental or educational conflicts. If a child feels the need to runs away, it's likely that some type of intervention is necessary. However, this type of support is most effective when it comes from their educators and peers, not from the court system and juvenile hall.

Even if there is conflict in a child's home environment, child welfare laws have historically chosen to keep children with their families rather than taking them out of their home. The only exception is of those cases where abuse or neglect are prevalent. Many in home interventions have been proven to strengthen a family's ability to care for and discipline their child. One method that has seemed to improve such problems is psychiatric therapy, not just for the troubled youth, but for that entire family.

Far more vague than the other common status offenses, "incorrigibility" essentially describes a disobedient or defiant youth. Incorrigibility is something that goes back a long way. It's almost a term you don't hear much anymore. Sometimes these complaints come from parents themselves, and other times from schools. However, extremely broad criminal offenses like "criminal mischief" and "disorderly conduct" exist in virtually every state, covering any behavior that was actually violent or disruptive. Children confined for "incorrigibility" alone presumably haven't come close to that level of misbehavior. Anything that would really present a danger would be covered under other laws that are crimes.

4 and 5. Underage drinking and Curfew Violation

The last two most common status offenses are fairly self-explanatory; as are the reasons why young people shouldn't be sent through the juvenile system for committing them. Putting them into the criminal system can cause these youths, who are not violent, to come under negative influences. Family and peer support should address this behavior, like treatment programs for youth who may have substance abuse problems.

Detaining or committing a child for non-criminal behavior remains a fairly common occurrence, one more likely to affect children who are already in vulnerable situations. From when a child misbehaves to the moment they are committed to a juvenile facility, there are numerous opportunities to address the behavior using an approach other than confinement. With disgraceful numbers of Americans locked up for non-violent offenses, it seems in the country's best interest to keep kids out of the system, especially when they haven't even committed a crime. 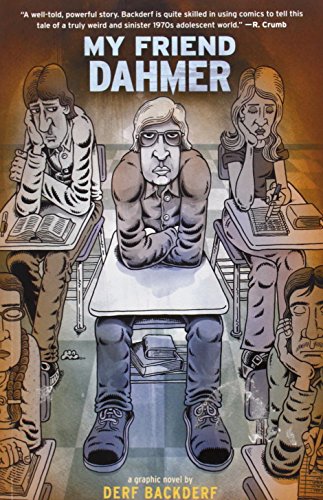 Start your own hubpage here. Be Creative & make money too!

Have you broken the law and committed any crimes?