Media Manipulation and Operation Mockingbird: Why you think what you think... 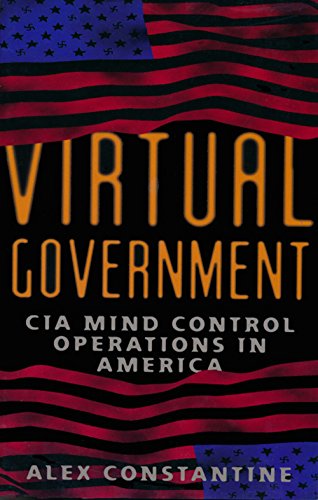 “We are grateful to the Washington Post, the New York Times, Time Magazine and other great publications whose directors have attended our meetings and respected their promises of discretion for almost forty years. It would have been impossible for us to develop our plan for the world if we had been subjected to the lights of publicity during those years. But, the world is more sophisticated and prepared to march towards a world government. The supranational sovereignty of an intellectual elite and world bankers is surely preferable to the national auto-determination practices in past centuries.”

If it's not on the 6:00 news did it really happen? That's the question. Most people in modern day America do not believe anything unless they hear it on the corporate owned 6:00 news; furthermore if they do hear of an event that was not reported they either think that it was inconsequential or when it becomes important enough then the 6:00 news will report on it.

What most people are unaware of in the United States is a secret operation to take control of the United States media called Operation Mockingbird. Operation Mockingbird began (as far we know) after World War II. Several books have been written about this CIA backed operation (see the list from amazon.com) but the gist of it is that after WWII the CIA infiltrated several media organizations such as the New York Times, Time Magazine and the Washington Post to name a few. Congressional hearings in 1976 proved that the CIA had been paying off editors and reporters in most mainstream media outlets. By 1953 the CIA had influence over 25 major newspapers across America. In addition, the newspapers that didn't acquiesce were bought up. Today the entire media monopoly is owned and controlled by just a few people with just a few exceptions. Six Corporations control almost everything the American public reads, listens to, watches and therefore thinks. These corporations are Time Warner, NBC, Disney, Viacom, CBS and Rupert Murdoch's News Corp.

Hand in hand with Operation Mockingbird was the appearance of elite, educational, think tanks under the guise of Foundations. Foundations were established to lend credibility to otherwise unpalatable ideas among the dumbed down American electorate. These ideas were set forth with an entourage of PhD's and Ivy League schools to further sell the public on their veracity and wisdom. Seldom did anyone question the wise men who purported such ideas as communism, woman’s liberation and the Great Society. Anyone who did object was painted with the brush of racism, classicism or misogyny just as they are today in order to quell dissent. Next time you watch CNN or MSNBC or Chris Matthews or whatever notice the people on the show. More often than not they will feature a person from one of these “Foundations” to add credibility to whatever they are selling that day. It is a tactic that is used on both sides of the political spectrum. Some study somewhere said this and that...therefore it must be true. Seldom does the media give you the back end of the story or if they do it's superficial.

Do you watch the 6:00 Evening News to get the truth?

To further seal the deal along came Edward L. Bernays, the father of spin. He took his uncle Sigmund Freud's ideas and applied them to mass persuasion. Have you ever wondered why you think the way you do? Have you ever wondered why you think something is true and resist any information to the contrary, even when all the facts point to an opposite conclusion? You may be a victim of Edward L. Bernays. He used psychology to deceive and misrepresent ideas to the public in order to further his and others agendas. In the 1920s the cigarette manufacturers wanted women to smoke. It was very rare that women smoked back then. Edward L. Bernays staged an event during the 1929 New York Easter Parade. During the parade a bunch of young female suffragettes took out cigarettes and started to smoke them as a mark of women's liberation. The media was told that these were “Freedom Torches”. This was done to popularize the notion of women smoking and it worked. Further down the road the elite wanted women out of the home and into the work force. They wanted this for two reasons; one to increase the tax revenues by 50% and two they wanted to control the upbringing of children by having them in government controlled daycare centers or in school for a longer period of time. They backed the women's liberation movement for these very reasons and guess what? It worked.

Media manipulation has been going on ..well since we had a major media. One of the very best was Paul Joseph Goebbels. He studied Edward L. Bernays and used his methods to further the Third Reich under Hiter. He was Reich Minister of Propaganda in Hitler's Germany. The Nazi's were well versed in how to manipulate the public and it would seem that the elite have been using their playbook ever since. Goebbels immediately took control of the media in Nazi Germany organizing book burnings and closing down all opposition. Articles were censored, posters were plastered and lectures were controlled all for the purpose of furthering Hitler's ideology. It worked and his playbook still works today.

The good news is that we do have a bastion of hope available to us all....the Internet. While the Internet provides a wide range of alternative media if one truly ferrets out the alternative media gems one can become informed. This, however, is not easy. The internet is like the wild wild west where anything goes and the bad guys are seldom caught. I believe one of the reasons the internet has not been reigned in is for this very reason. It can be so difficult to ferret out the truth among the rumors and lies that the elite feel they have nothing to fear.

They say that there are no bigger slaves than the ones who think they are free. The Nazi's would never tell their victims what was going to happen to them. Millions of men, women and children marched into what they thought were showers only to be gassed to death. It was orderly, it was efficient and there were no revolts. People wanted to believe that they were going to take a shower rather than think about that awful smell and that black smoke going up the chimneys. Deception is an effective tool. As long as the masses believe that they are being told the truth they will never question where their information comes from or if it is even true. Unfortunately, most people believe that we have a free press in this country and all that does is serve the beast. Yes it serves the beast quite well!