5 True Crime Short Stories of Mothers Who Killed Their Children

It’s not something anyone wants to discuss. Mothers who kill their children are a depressing, horrifying thought. But it does happen and, sadly enough, will continue to occur as long as (wo)mankind exists.

Sometimes a mother’s urge to kill her child is the result of an untreated medical condition such as Postpartum Depression. Other times it is the result of an uncontrolled rage, whether at a child or children who have pushed their mother too far or a way to lash out at the father over real or perceived wrongs.

Whatever the cause may be, it is heartbreaking nonetheless and not something easily forgotten.

The following five cases are stories of mothers who murdered their own that I have never forgotten.

Probably will never forget. And neither will you.

When someone thinks of mothers who murder their children, Andrea Yates is probably the first one who comes to mind.

On June 20, 2001, a nation sat stunned as five lifeless little bodies were removed from a Houston, Texas, home.

During a press conference held by law enforcement officials (who struggled to maintain composure) made the announcement that Noah, age 7; John, age 5; Paul, age 3; Luke, 2; and little Mary, only 5 months old, had been drowned in the family bathtub, one by one, by their mother.

Although Postpartum depression was a recognized condition among medical personnel before 2001, the general public knew very little about it. As a matter of fact, the general consensus was it was a mild condition that typically disappeared within a short time following a baby’s birth.

But the public was awarded a quick education in the varying degrees of Postpartum Depression. Coupled with the fact that Andrea’s husband, Rusty Yates, had known his wife was depressed and struggled with child-rearing duties but frequently left her alone contrary to a doctor’s advice not to do so, the court of public opinion began to swing in Andrea’s favor and put Rusty in the proverbial hot-seat.

On July 26, 2006, Andrea was found not guilty by reason of insanity and committed to the North Texas State Hospital. In a statement made by her attorney in 2011, George Parnham says he expect his client will soon be released and begin rebuilding her life.

In May 2003, an Arizona man who purchased the unclaimed contents of delinquent storage unites got more than he bargained for. Among the boxes he now owned was three plastic-wrapped infant corpses.

The investigative trail led police to Pennsylvania resident Diane Odell who later confessed that the three babies did indeed belonged her. However, she claimed that the children died a natural death. Later she would add a fourth child that investigators were unaware of to the mix, along with changing her story to claim her parents had forced her into teenage prostitution and her mother had killed the babies that she considered “bastard children.”

Diane told police she had carried the three babies in a suitcase that had been with her as she lived in various states until she left them in the Arizona storage facility. She was under the impression that they had been discarded (without discovery) by the owners in 1994 when she had become delinquent with her payments. 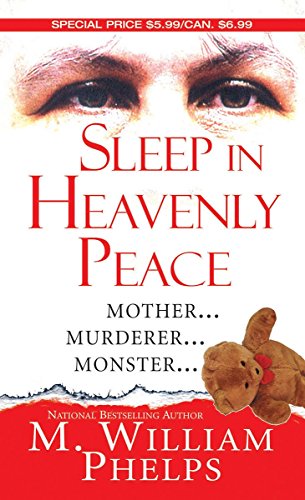 It took 18 years and the death of eight children before someone finally pointed an accusing finger at Marybeth Tinning.

In what is considered to be one of the worst cases of Münchausen Syndrome by proxy, Joe and Marybeth Tinning had eight natural children who all suffered mysterious ailments while in the care of Marybeth until admitted to the hospital where the symptoms would conspicuously disappear.

Because the deaths occurred between 1967 and 1985, a time when medical science was still largely unfamiliar with cases of Munchhausen by proxy, doctors and nurses, although suspicious, were unwilling to outright proclaim that a mother had killed her child. Instead medical personnel made statements to the effect that the deaths may have been genetic disorder, especially considering there was no real evidence of wrongdoing.

But genetics couldn’t play a factor in the death of the couple’s adopted son Michael. He was the couple’s fifth child and an obvious contradiction to medical theories. However, it would be the ninth child, Tami Lynne Tinning, on August 22, 1985, that finally caught the attention of police.

During an interrogation, Marybeth confessed to smothering Tami Lynne and two other of her children, although she later retracted her statement and said she had only smothered two. She was later convicted for the murder of Tami Lynne and sentenced to a 20 year prison term.

On January 10, 2013, Marybeth was denied parole for the fourth time since becoming eligible for release in 2007.

Her modus operandi never wavered. Diana Lumbrera would have a baby and somewhere between within the first couple of years, the child would be rush to the emergency room with complaints of seizures and lethargy. Some of the six children would be dead on arrival. Although doctors could find no medical reasons for the deaths, they did not suspect foul play.

Even the children of relatives were not safe from this murderous woman. On October 8, 1980, Diana took her cousin’s six-week-old infant Erika Aleman for a drive but within 30 minutes they were at the emergency room with Diana telling her now familiar tale of a child suffering lethal convulsions.

Diane would have one more child to die in Texas but she pulled up stakes and relocated to Garden City, Kansas. It would prove to be her undoing.

Knocked up once again, undoubtedly by a boyfriend unfamiliar with her past, Diana gave birth to a son she namedJose Antonio on February 21, 1986. It’s unexplainable why Diana allowed this child to live for four years and three months before she went rushing to the emergency room on May 1, 1990, with complaints once again of a child suffering convulsions.

Where Diana had made her mistake, however, was she had taken the child to visit his pediatrician just the day before. Not finding anything wrong with the child, the pediatrician prescribed antibiotics as a precaution and sent him home with his other. Diana never filled his prescription.

Unlike the Texas emergency rooms who never seemed to suspect murder, the Garden City doctors immediately contact authorities and an investigation ensued.

During the investigation, police learned of the deaths of the children in Texas and also gathered evidence of Diana frequently used tales of a child with Leukemia and the death of her father in a nonexistent car accident in order to gain the sympathy of creditors. Additionally, they discovered a $5,000 life insurance policy on little Jose.

Before long, Diana found herself indicted on multiple counts of murder. Following a trial, jurors took less than an hour to find her guilty and she was subsequently sentenced to life imprisonment, with a minimum of fifteen years before she would be eligible for parole.

A few weeks later, Texas Rangers flew Diana back to Palmer County, Texas, where she faced three counts of murder, with a possible death sentence under a new serial-murder statute. In an ironic twist of self-preservation, Diana Lumbrera pled guilty to daughter Melissa’s murder to avoid being executed. The additional charges two charges of murder were dropped in the plea agreement. She was returned to Kansas to begin serving her time.

Diana was paroled from Kansas on June 30, 2005, and sent directly to Texas. She is currently housed at the infamous Mountain View women’s prison in Gatesville, Texas. She will first be eligible for parole in February 2013. 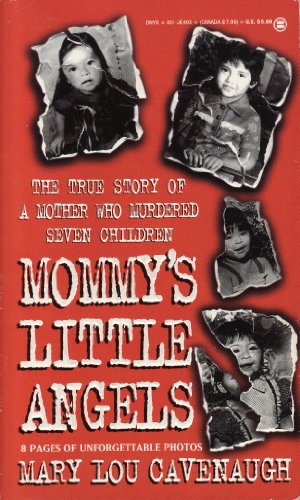 By now you’re no doubt astounded that Mothers can kill so many of the children and get away with it for so long. Indeed it is incredible. If you’ll notice, however, with the exception of Andrea Yates, all of these murders occurred over a span of time and prior to the year 2000.

Marie Noe is another mother who killed multiple children before Munchhausen Syndrome by proxy became a household word.

Between 1949 and 1968, Marie would give birth to ten children. All ten of those child would die at birth or shortly thereafter; eight of them at the hands of their mother. Autopsies would reveal no evidence of murder.

During the Cesarean delivery of the tenth child, Marie suffered uterine repture and had to undergo a hysterectomy; saving an untold number of babies from certain death.

Life carried as normal in Philadelphia for Marie and Arthur Noe until Philadelphia Magazine reporter Stephen Fried read about Marie in a book titled The Death of Innocents, which stated that multiple cases of SIDS in a family should be investigated.

Fried interviewed Marie who stated “We just weren’t meant to be parents,” while her husband followed with, “The Lord needed angels.”

Fried also interviewed medical examiners, health care workers who had attended to the Noe children, and other parties versed in similar cases and when he was ready to write his article, he turned his findings over to police.

After Marie was brought in for questioning, she finally confessed to the death of four of the infants. On August 5, 1998, she was charged with eight counts of murder.

While the headlines of a mother being charged with the deaths of her babies 30 to 49 years after the fact were quite titillating. But the shocker came after she plead guilty on June 28, 1999, and was sentenced to only 20 years probation. Citizens were outraged as prosecutors tried to explain that Marie was 70 years old and no longer able to bear children.

It did little to assuage their outcries.

As of this writing, Marie continues to live in the Philadelphia home where her children died. Arthur Noe died in 2009.