Watching Over the Forgotten

Officially, concentration camps don’t exist within North Korea, but they do. The existence of concentration camps, however are known to the outside world. The United States has identified them through satellite imagery and from interviewing escapees. Some of the known camps are enormous and hold an estimated 120,000 people.

Many people imprisoned committed no crime. A person who commits a political crime in the hermit nation is punished along with his entire family. Elderly people and even young children are all imprisoned. Many have no idea why they are in the camps. Even children born in the prison camps are considered prisoners because their family member is guilty. Prisoners are Forced into labor and suffer harsh unprovoked beatings. Although the regime does not acknowledge that the camps exist, former guards have verified the accuracy of survivor accounts. The camps existence has also been confirmed through satellite images.

In North Korea, three generations of your family are punished if you commit a political crime. The regime hopes to prevent any dissent from emerging in the future, and to prevent martyrs willing to sacrifice themselves for a political cause but who may be reluctant to harm their family.

Public executions instill fear in the people and serve to against breaking the established rules. Top military and government officials, and even members of the leader’s own family are not immune to execution. The process of execution varies but is usually quite gruesome. Citizens, including school children, are forced to watch. Defectors report people being fed to starving attack dogs, shot with antiaircraft weapons, blown apart by jet engines, and quartering.

North Koreans cannot travel abroad without Government permission. Thousands of citizens risk their lives to escape. Those who are caught face harsh punishments including torture, forced labor, involuntary abortions, merciless beatings, and incarceration. Anyone who may have had contact with South Koreans or Christians receive the harsh consequences.

China would seem to be a natural haven for North Koreans seeking refuge, but it is not. The North Korean regime has an arrangement with China that if it’s citizens are caught in China, they will be returned. Refugees fear repatriation because they are aware of the strict punishment they will face. Many commit suicides in China rather than deportation. International refugee law should protect asylum seeks from North Korea. The Chinese government prioritizes its relationship with the North’s regime and refuses to recognize the escapees as asylum seekers. The North Koreans are classified as economic migrants, seeking financial benefits rather than political refugees. They use this to justify the forcible repatriation of thousands of North Korean refugees every year.

In coordination with China, North Korea has cooperated to tighten border security. Guards who may have been tempted by bribery have been replace with those more loyal to the state. As a deterrent, the consequences for people attempting to cross the border have become more severe. The result has been that fewer seeking to escape have been successful. The number of refugees managing to escape to the South has decreased by 50 percent and the number escaping through China has dramatically dropped.

Refugees in China face major challenges. They fear the repercussions of being returned to North Korea. They are desperate to escape China as well, but many do not have the resources or contacts to get themselves out. Those who remain in China are highly vulnerable to exploitation. Their illegal status forces them to work in nefarious situations, often with unscrupulous people. They remain silent because they fear seeking protection from authorities.

A Rare Glimpse at a North Korean Prison Camp

If a military conflict occurs on the Korean Peninsula, China fears a massive influx of North Korean refugees. As a tacit acknowledgment that China believes war is inevitable, it has prepared cities along the North Korean border to serve as refugee camps.

In North Korea, crime and punishment are arbitrary, but the punishment is severe enough to deter others from speaking out.

How Well Do You Know North Korea 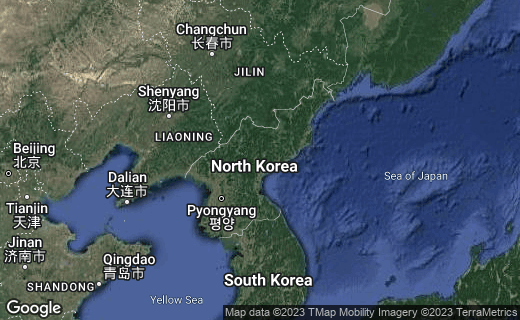 Should Stopping Human Rights Violations Be Part of Peace Negotiations