Although there are almost certainly more, Kirkland Lake, a semi-remote mining community in northern Ontario, is home to at least two, connected, seeming organized crime groups.

The first involves retired teacher Lou Chouinard and his 2012 admonishing of an employee, at a Town of Kirkland Lake-licensed business, that he was going to contact his friend in "the mob in val dor," as previously featured with HubPages. Val-d'Or is a northern Quebec mining community, located over the Ontario border, about 190 kilometers east of Kirkland Lake.

After his plan to contact his friend in the Val-d'Or Mafia was reported to the police, Mr. Chouinard miraculously professed that he had backup: a yet-unnamed nephew employed with the Kirkland Lake OPP.

Although none of its apparent members have explicitly admitted to being a part of organized crime (who would?), the second Kirkland Lake group appears to include the town's mayor, Tony Antoniazzi; his brother, Paul, CEO of Opawica Explorations; lawyer Julie Richard; Amanda Kasner, an accountant with Kirkland Lake Gold and CFO with RJK Explorations; and several members of the Kirkland Lake OPP: the most high ranking among them appear to be Sergeant Angela Davis-Witty and Inspector Mark Piche.

For wanting of better terms, this author will call the first group the Chouinard cabal and the second the Antoniazzi cabal. Both are directly connected to the OPP.

Care has been taken to report proper titles of police officers. Lack of cooperation, on the part of the OPP, may result in some inaccuracies.

Featured above is a fair dealing photograph of OPP Sergeant Angela Davis-Witty receiving a victim-assistance award, which was originally published in the Northern News, in 2014. Interestingly, the suddenly retired author of the accompanying article, Rick Owen, has written a number of missives featuring extremely questionable Kirkland Lake-area penny stocks.

[September 1, 2019 Update: Originally published in February 2018, the above links have since disappeared. The author has discussed the disappearance of such articles of public interest in his August-2018 piece, "Kirkland Lake's 'Northern News' Trying To Erase Mayoral Candidate Todd Morgan's Past?"]

Each of the stocks issued by companies mentioned in these articles has lost the majority of its value. Even though Northern Gold Mining has since been purchased by Osisko Mining, early investors face steep losses. Osisko stock has been, more or less, flat, since.

One recent northern Ontario penny stock report featured paid analysis produced by Small Cap Network, who received "$2,000 per month" from one stock distributor, as previously featured with HubPages. Similarities between such articles and those authored by Rick Owen prompt the question, "Has Rick Owen, the Northern News, or its parent, Postmedia, received payment to publish material promoting fraudulent stocks as news?

Perhaps tellingly, when posed similar questions, both Rick Owen and Toronto Sun Deputy Editor Kevin Hahn, among others, have been silent. 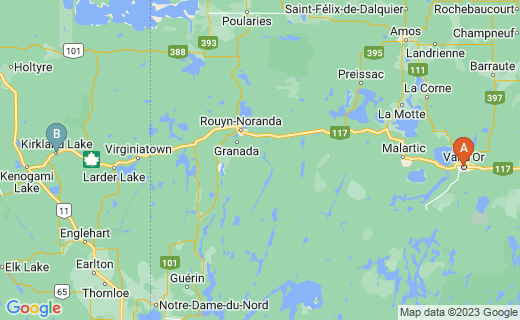 Watching the 2013 film, The Wolf of Wall Street, which Jordan Belfort was involved in the production of, it is plain to see that the confidence man carried motive to bring harm to his first wife. Thankfully, that did not happen.

However, Paul Antoniazzi, brother of Kirkland Lake Mayor Tony, would seem to have held similar motive when his wife mysteriously took her own life, in October 2008.

Further, a third brother, Wayne, also appears to be connected to whatever it is that Paul Antoniazzi and his associates are trying to accomplish. Wayne previously owned the Kirkland Lake IDA Pharmacy. Though the coroner's report into Ms. Antoniazzi's tragic passing has not been made public, it has been noted that the Antoniazzi brothers are almost certainly close personal friends with its author. Add in all the connected police officers, which include Antoniazzi friends and at least one family member, as featured Soapboxie, and several troubling questions emerge.

Are the Antoniazzi brothers confidence men? If they are, is the OPP involved in their scams?

Was Nadine Antoniazzi murdered? If she was, did members of the OPP and the coroner act to cover it up?

How many Kirkland Lakers and other Canadians have been fleeced of their life savings by this seeming organized crime group? How many people have lost their lives?