Obama, Biden and Pelosi at the State of the Union deedsphotos 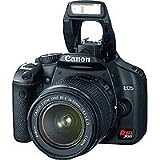 Photos at the State of the Union

We bought a new flat screen television recently, so I decided to take a few photos of the State of the Union address. Joe Biden and Nancy Pelosi appeared to me to be enjoying the occasion more than President Obama, judging by their animated expressions throughout the one hour plus address to the Congress and the nation. Pelosi, in my opinion, is quite beautiful for a woman who will turn 71 next month. My photos didn't do her justice. She looked even better when I met her in Washington fifteen years ago. I wonder if she remembers the occasion as clearly as I do. Somehow, I doubt it. Biden looked quite good also at age 68. However, I recall a wag in a Washington publication likening him with his new plug job to a Chia Pet. He and Pelosi both have quite expressive faces.

[I'm told that LCD televisions work better for photos than ours which is a plasma model. Oh well!]

Rich and Dowd on Obama and the State of the Union

Two of Washington's sharpest observers, Frank Rich and Maureen Dowd, hold forth in the Sunday NYT op-ed page. Rich liked Obama's State of the Union speech but his comments were more critical than heretofore on Obama and even more so on the Democrats and Republicans in Congress. He contrasted Harry Reid very unfavorably compared to Lyndon Johnson, and he quoted historian Alan Brinkley's recent comment on Congress as follows:

"The historian Alan Brinkley has observed that we will soon enter the fourth decade in which Congress — and therefore government as a whole — has failed to deal with any major national problem, from infrastructure to education. The gridlock isn’t only a function of polarized politics and special interests. There’s also been a gaping leadership deficit." and

"What does strong Senate leadership look like? That would be L.B.J. in the pre-Kennedy era. Operating with the narrowest of majorities and under an opposition president, he was able to transform a sleepy, seniority-hobbled, regionally polarized debating society into an often-progressive legislative factory. As Robert Caro tells the story in his book “Master of the Senate,” this Senate leader had determination, “a gift for grand strategy,” and a sixth sense for grabbing opportunities for action before they vanished for good. He could recognize “the key that might suddenly unlock votes that had seemed locked forever away” and turn it quickly. The horse trading with recalcitrant senators was often crude and cynical, but the job got done. L.B.J. knew how to reward — and how to punish."

"Obama should turn up the heat on both the G.O.P’s record of fiscal recklessness and its mad-dog obstructionism. He should stop paying lip service to the fantasy that his Congressional opposition has serious ideas to contribute to the cleanup. Better still, he should publicize exactly what those “ideas” are....

"A year in, we have learned that all the conciliatory rhetoric won’t cut it. But a president with a big megaphone and large legislative majorities has more powerful strings to pull, no matter what happened in one special election in Massachusetts. If he can’t get a working government, at least he can shake things up in November...."

The day after the State of the Union, Obama joined the House Republicans in their annual retreat on the condition that the session be opened up to the press. Obama's performed as if he had read a draft copy of Frank Rich's critique of his State of the Union address.

"And during the next hour and a half, our government did not look quite so lame.

"Obama is always at his best when his back is against the wall, and he is perversely content when he has the challenge of the lion’s den.

"He may lapse back into his Camus coma at any moment. But on Friday he dropped the diffident debutante act and offered, as he did at the State of the Union, some welcome gumption....

"'You know,' he said, halfway through his sparring session with Republicans, 'I’m having fun.'”...

Obama who ended up doing just such a Ping-Pong session, standing in a hotel ballroom and giving as good he got, to-ing and fro-ing in a far more vivid way than in the presidential debates.

"The president chided his audience for casting his health care plan as a “Bolshevik plot” and for telling folks back home that he’s “doing all kinds of crazy stuff that’s going to destroy America.” But Obama also acknowledged that the Republicans have some good ideas, and that, as it turned out, was what they yearned to hear..."

[Frank Rich's and Maureen Dowd's columns are linked below. They are both worth reading.]

A Couple of Better Pictures of Nancy Pelosi