The President of the Unated States Barack Obama

Obama problems per my views

Welcome to our article (68) Obama problems, my views

Barack Obama, the most potent leader in the world has got a leadership problem.

Dear readers, today I want to say something about the outgoing US president Barack Obama; I feel that we had a greater expectation from him, when he took office 8 years ago, we thought then, that he could control the racial issues, that exist in America better than anyone else, since he would represent those people, that felt discriminated from the rest of the communities, but this did not happen for many reasons. One of the reasons, I believe is Obama himself, so, in this article, I am writing my personal views, why it did not work. I am writing also what is happening now, and why I don’t agree with it.

You see, sometimes we feel that we want to have our say, in those things that we are personally affected, or anything that can affect us. So, I have written a few articles about the Italian politics. But today when I watched the world news, I became interested about the American politics, and about what I heard President Barack Obama is doing, because I don’t agree with what he is doing. So, I started thinking that I wanted to write my views, about what Obama is doing now, which I found destressing, he seems a changed man, since they lost the presidential election.

Now, this is only my opinion, and I don’t claim that I am perfect in this politics matters, but in my personal views, President Obama is doing the unthinkable, because he gets busy to do what was better left alone. He could have left everything as it is, until the new president and new administration takes over. But he seems to feel personally hurt, because his party didn’t win the last Presidential elections, so, he wants to blame other people for his own failure. He is still thinking that he could win an election again, and perhaps he could, because he is a very good speaker, but that may not be enough to win elections. Because sometimes you need original policies that the people like, then you can win them. Also, to be a president, you must be right with your policies all the time, which is hard to achieve. So, he should look at what he has done during his time has president, and ask himself, if there was something that he could have done better, which I believe that there are a few things that he could have done better.

So, we can ask, what is wrong with him? Is he not aware that he has made mistakes during his term? You see, I believe that he has never done much during his eight years in office, at least this is how most people will see it in the wide world, but the worst part is that he does not admit that he did something wrong, so, he still believes that what made him win his two-presidential election would still work today, which in my opinion, it is not possible, because things change, and also people like to change to other policies.

So, we could ask what sort of mistakes were made during his term? To answer that question, one should go back to see what Obama beliefs were, and how he would have liked to run the American politics, which he did, but could never fulfil what he wanted to do. One of the reasons why he could not achieve what he wanted to do, it was because he did not put the welfare of all Americans first, he sided with the poor and the American African people, because he is an American African himself. Now, I should ask for forgiveness for using the term American African, but I had to make it clear, because Barack Obama did not try to stop his friends doing nasty things, since he feels that he is one of them.

In my opinion, no leader should put at risk his own country laws, upheld from the police and order government force, but Obama did, because he didn’t state to the people clearly that the police forces were doing their job, and if (they) the people would follow their orders it would have been better, since everything would run in a peaceful way. But what Obama did was the following, most times he was saying that he sided with the troublemaker people, telling them that he was on their side, and he was calling an investigation. Being the top leader of the most powerful nation on earth, Obama should have known better and should have tried harder to stop what was going on. He should have told the people first to respect the law and be good honest American citizen. It they did that, then the police had no reason to punish them.

Therefore, this Obama behaviour made things worse because those people that were robing went on robing. One would ask, what sort of leader is that? I believe that no leader should side with anybody. What is happening in America is proof of that. Therefore, it is a good thing that the entire administration is changing, and they can start all over again in a new direction, with somebody else as President.

Map of Israel and neighbours 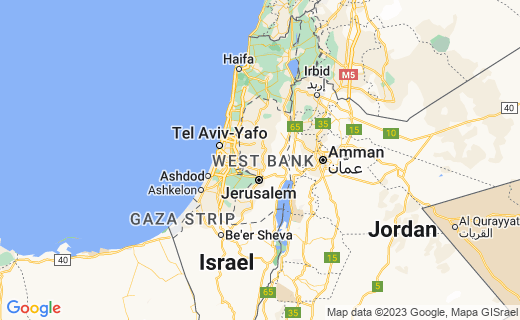 Other Obama things I cannot agree with.

Now, we have talked about the American people only, but what about the foreign policies, which I cannot agree with. I know that here again it is not my business, because it does not affect me directly, but nevertheless I have an opinion, which I would like to share.

One of those foreign policies that I don’t agree with, it is the way Obama administration has done to Israel, after so many years of backing Israel they left Israel on its own, at least this is how I understand the situation.

We must admit that Israel is doing something, which does not agree with their neighbours. Perhaps there are some reasons for America to leave Israel on its own; but at the same time Israel has the right to exist, so, they try to do just that. You see, the Israelite’s neighbours are even worse than Israel, because they don’t want to accept that Israel exists and is there to stay.

The countries around Israel, they should ask themselves, where do they think, the world can place a new nation of Israel? I am sure nowhere, except where Israel is right now. So, the Arabic people must understand that they cannot destroy an entire nation, just because they don’t like it being there. If they use logic reasoning, which most times they don’t, and if they believe in any God that has created humanity, it would be obvious that the planet earth is there for everybody to share.

Anyhow, Obama did not back up Israel this time, so, there could be more problems from this decision. I believe that Obama should have done what America has done most times, and since he is going out soon, he should have left out this decision to the new administration, especially because the new administration that is coming soon, does not agree with what he has done.

Now let us talk about some outcome. Today on the news, again some terrorist or deranged person has killed some Israelite soldiers with a truck. Maybe they are getting bolder since America does not back up Israel as they used to do, so, this is possible, because they would like to think that Israel disappears altogether. Here I want to point it out, that in that corner of the Middle East, these fighting each other to possess that land, it has gone on since the beginning of the known history of mankind. Some of the known history that is even written in the Bible, but I will stop here, since here we are talking about what the American policies can cause.

This is about Barack Obama sending home 35 Russian diplomats, for taking part in some obscure spying on the internet, which in Obama beliefs caused the loss of the presidential election for Hilary Clinton. In my opinion, it was more helpful for themselves and America, if the outgoing president Barack Obama and Hilary Clinton forget about it, because this can only make it worse for everybody, what can they gain from this action. Nothing at all, now the elections are lost, and they have to wait at least another 4 years, it they play it right, they can come back in 4 years. If they start doing silly thing like what they are doing now, by sending home some Russian diplomats, just because they feel hurt, then the 4 years might become 8 years or more. People usually remember these things.

Here, I want to point out, that any good leader should put the nation he is leading first, and not his own personal desires. Anyhow, I believe that I have said a few things already, so, I better stop writing about Obama leadership.

I believe that anyone reading this article are going to ask themselves, to which party I would belong, so, let me explain. I don’t belong to Donald Trump’s party, because he backs the rich people only, but if he is able to use the rich people to give enough work to the middle class, then I can back him. I am a bit more inclined to back Obama and Clinton party, if they stop following the poor blindly, and this poor section of the community that are usually greedy and want to rob other people of their hard-earned things that they own.

In other words, if I was a voting American, I would like the Obama-Clinton party to have a policy that looks more to the hard-working middle class, and not those poor people that are unwilling to work and want to rip off anybody, for any reason at all. You see today most politicians make this mistake, they don’t care much about the hard-working middle class, because they try hard to look after themselves. But the politicians should realize that those are the people that make the nation great, and if the politicians’ side only with the poor people, then the nation soon or later will become poor. I hope you see my point of view.

That is all folks, I have had my say.

See you next time, which will be about, let us follow President Trump