In his first official foreign trip after taking office in January 2009, U.S. President Barack Obama was welcomed on to Canadian soil at the Ottawa airport on the morning of February 19, 2009 by Michaelle Jean, Canada's Governor-General and by the Royal Canadian Mounted Police (R.C.M.P.)

During an unplanned stop at Ottawa's ByWard Market, U.S. President Barack Obama caused a furore when he stopped to buy a beaver tail and two maple leaf cookies for his daughters Sasha and Malia.

President Obama, who has family living in Burlington, Ontario, said to the news media that he's looking forward to coming back to Canada, "as soon as it warms up." I guess maybe it was just a little too cold...

President Obama getting a Beaver-Tail Photo credit: The Chronicle Herald

It's an Ottawa treat that has nothing to do with Canada's national symbol, the beaver.

What is a Beaver-tail? A BeaverTail is a flat, deep-fried, doughnut-like pastry served plain or topped with any number of toppings from raspberry syrup, to chocolate drizzle, cinnamon or there is even the "Obama-tail" which is made with whipped cream and drizzled in chocolate.

Incidentally, Canadians had told that President Obama would not be appearing in public and were certainly taken by his unexpected appearance.

Barack Obama's Visit To Ottawa - A brief Youtube video showing the excitement that Barack Obama generated in Ottawa, Canada on his visit in 2009. 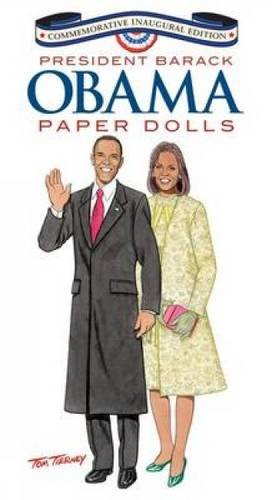 President Hussein Obama II was born on August 4, 1961 and became the 445h President of the United States in 2009. The first African American to be President, he was a United States Senator from Illinois between 2005 and 2008, when he resigned to run for President in 2008.

Did you vote for Barack Obama? - A quick Poll for my friends...

Did you vote for Obama?

Have You Ever Visited Canada? - Another quick poll...

Have you ever visited Canada?

Were we silly to be so excited about the visit of a U.S. President? - Do you have a Barak Obama story for us? A Canadian story to share?