On Principle and Pragmatism II - Ratification of the U.S. Constitution Almost Didn't Happen

First, let me expand (or as a professor I have been listening to loves to say "dilate", can you believe?) on the ratification process a bit. Ratification almost did not happen. That was due to the lack of a bill of rights in the Constitution. I will save the arguments for and against the inclusion of a bill of rights into a federal constitution to another hub but let me leave this point by noting that the Pragmatist won and the Federalists let states such as Massachusetts and Virginia amend the Constitution which they then ratified "as amended". Not sure about the legalities of that, but that is what happened. I raise this point identify a third group of citizens that were in this fight. I would characterize them as today's Moderate Conservatives or Conservative Democrats. These were the patriots who believed in a central government but were strong states-rightists who wanted to ensure there were specific guarantees protecting the people from the central government. These are Conservatives who were willing to Compromise. 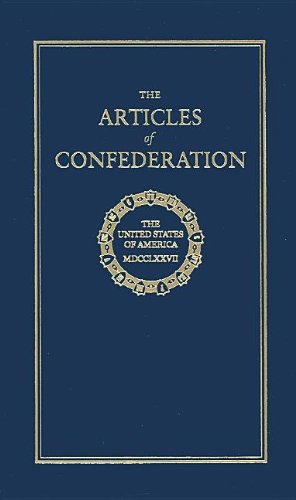 Aren't the Articles of Confederation Better?

WHY am I concerned with this long forgotten piece of American history? Because I believe there are strong parallels with what is going on today and therefore needs to be revisited. Those that unseated the Democrats on November 2, 2010, call themselves Patriots, States Rightists, and Constitutionalists. They want us to return to our roots, the way our founders intended this country to operate. The problem is this, as I see it, what the Tea-Partyers and Gingrichites want isn't what those great men who penned the Constitution of the United States wanted; far from it.

Well, that is not quit true, they do want a document, but it isn't the Constitution. Instead, it is the Articles of Confederation.

Boy! What a statement; no Constitution. How can I say this? Well, enter the Anti-Federalists and why I am hoping America rediscovers them and truly understands the path there vote potentially could take them. This was exactly the goal of the anti-federalists, to stop the ratification of the Constitution in order to preserve States Rights and individual freedom and prevent the formation of a central federal government that had more power than that held by the current Continental Congress. What I am struck by is the arguments used today by the Right-wing Conservatives sound awfully close to the arguments used by the anti-federalists in the late 1700s!

Consequently, an understanding of just what the anti-federalist were fighting for, the tactics they used, and what led to their defeat is in order.

The Anti-Federalist: Writings by the Opponents of the Constitution
Buy Now

Who Were the Anti-Federalists?

MANY OF THE NAMES YOU MIGHT RECOGNIZE, and many more you won't. When the Constitution was sent out for ratification,some of the most notable anti-federalists were Patrick Henry, George Mason, Richard Henry Lee, George Clinton, Samuel Adams, James Monroe, Robert Yates, Mercy Otis Warren, and James Winthrop. As time went on, however, several of these patriots didn't remain anti-federalists because they were willing to compromise. The others fought to the bitter end although a few, most famously Patrick Henry, ultimately became federalists after they saw the Constitution in action. (Today, Patrick Henry, Henry Lee, Samuel Adams and others would be castigated as "flip-floppers"! How absurd is that?)

Why were these patriots, and patriots they all were, so against the document crafted and signed by such august heroes of those times as George Washington, Benjamin Franklin, Samuel Johnson, James Madison, and Alexander Hamilton? Two words, and you here them today - States Rights. The fundamental objection to the U.S. Constitution as originally drafted was the perception that too much power was being given to the federal government. Even though this debate was officially over on September 17, 1787 with the ratification by New Hampshire, it is still being fought today with the latest movement being the Tea Party.

In most of the 13 colonies, the fight between the anti-federalists and the federalists were supported by about equal numbers on each side. Anti-federalist held sway for a while in such states as New York, Rhode Island, Pennsylvania, Virginia, New Hampshire, North Carolina, South Carolina, and Massachusetts. While violence was no stranger to the fight, such as when federalist mobs kidnapped anti-federalist Pennsylvania legislators and forcibly made them attend legislative meetings in order to obtain a quorum to debate and vote on ratification, the battle was mostly fought on the field of ideas. This was exemplified by Alexander Hamilton, James Madison, and John Jay's writings, collectively known as the Federalist Papers under the pseudonym of "Publius", and the anti-federalist counterpart "Brutus", who was Robert Yates of New York, an original delegate to the Constitutional Convention but who left in protest when it became clear to him the central government direction the Convention was going.

In the next section, I will briefly cover some of the specifics the States-Rightists were concerned about. I think at times, you might have a hard time discerning if I am referring to 1787 or 2007.

Anti-Federalist Issues, Then and Now

STATES-RIGHTS IS A VERY BROAD TERM, and in the context of the anti-federalists of 1787, covered a whole spectrum of issues. It is a little more defined today because several of the main stumbling blocks some anti-federalists had were resolved with the Bill of Rights.

On the one end of the spectrum, you have anti-federalist such as Robert Yates of Pennsylvania who wrote under the pseudonym Brutus.He was opposed to any sort of centralized government who's powers exceeded those granted in the current Articles of Confederation which had no executive branch, no judiciary, no standing Army, and where it took unanimous agreement among the States to be taxed. As Robert Yates and others of his extreme point of view saw it, ninety-nine percent of power should be vested in the State and only 1% in a central government. In his world, the only real duty of the central government is to coordinate the national defense without having the power to fund it.

At the other end of the anti-federalist spectrum were men like Henry Lee of Virginia. Although he helped draft the Constitution, he would not sign it because he believed it did not guarantee the States nor the People rights that properly belong to them. As it turned out the problem was one of semantics. Now clearly, I am over-simplifying a bit, but when the dust finally settled and the Federalist finally understood what all of the hub-bub was about, they compromised.

It came down to this, and this is a problem that plagues the Democrats to this day, the Federalists didn't listen to the people and they let their intellect get in the way of common sense. What Henry Lee and many others simply wanted was for the Constitution to spell out the guarantees the federalists just assumed were implicit in the document and therefore it wasn't necessary to "spell it out". They figured that 1) since eight of the states had bills of rights in their own constitution and 2) the Constitution was designed to limit government what was the point of granting to the citizens and states rights the federal government had no power to withhold anyway. Well, the anti-federalists (and history) didn't see it that way, they believed the federal government did have the power to withhold these rights and they wanted them guaranteed or there would be no United States of America. They got their way with the promise of the Bill of Rights. With this promise, enough states came over to guarantee ratification.

But what were the specific complaints of the anti-federalists? They are:

There are others issues as well which weren't quite as popular. In addition, the very first bullet regarding statement of rights has many parts to it. What are some of the issues today brought by the Tea Party and Right-wing Conservatives.

As you can see, there was great fear among anti-federalists that the federal government would become corrupt, a monarchy, an aristocracy, or a combination of these (3, 7, 10). They thought this would be especially true as America grew in size. As events have turned out, this hasn't happened. (If it comes to corruption, in my opinion, the federal government civil servants and elected officials are saints when compared to state and local elected and hired officials). But this not withstanding, given the issues today's Conservatives and those further to the Right who are clamoring for power are fighting for, they appear to want to fight the ratification of Constitution all over again. 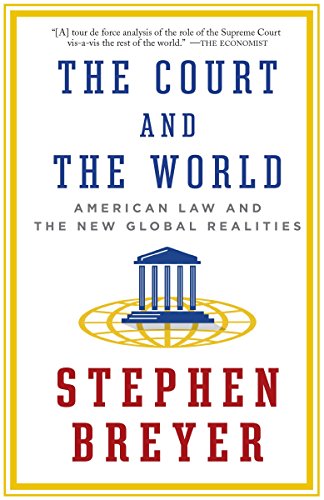 The Court and the World: American Law and the New Global Realities
Buy Now

March to the Rear

WHEN you consider the rhetoric of the Conservative movement as it is being presented to us today, it is clear, to me at least, that their goal is to move America back in time. What is ironic is that the Conservatives today want to become the Democrats of yesteryear for that is the political party that the anti-federalists became once they lost their battle to prevent the United States from becoming a reality. The Democrats of old, fought basically the same battle the Conservative Republicans of today are fighting; and with the same inherent weakness. A weakness that has the potential to ruin our way of life today as it did in preventing our way of life from having become a reality in 1778 had the anti-federalists prevailed.

What the federalist understood and the anti-federalists didn't is that you had to build into a constitution the mechanisms that allowed for the fallibility and weakness of humans. The federalists understood that to strive for the Perfect constitution was to guarantee no constitution at all. The anti-federalist didn't understand this. Both sides new that virtue is the foundation of any republic but the federalists were realistic enough not to expect too much of it while the anti-federalists were more inclined to throw-the-baby-out-with-the-bath-water in order to get it just right; a characteristic they share with their conservative counterparts today; witness the actions of Senator Mitch McConnell on behalf of the Republicans in the 2010 lame-duck session of Congress.

American cannot afford to look backwards; to do so means we are certain to be left behind for which we are seeing signs of the that today.