Own the car, or Own yourself?

Everyone Wants to Own Something

"Deep down it is mine, right to the center of the world." Says a farmer about his homeland in John Steinbeck's, To a God Unknown. There is not a person in the world that shouldn't feel something when they read that sentence. That is because every person in this world wants something that they can call their own. It may be a car, or a house, or even a bit of land for themselves and their family. It may be their freedom, their dignity, or their rights. It may be having their own family or their own friends.

As society has progressed, so have peoples' expectations to own something. When man first made tools, everyone wanted to own one. When man first made proper shelter, everyone wanted own shelter. When man made cars, every person HAD to own a car, and so on and so forth. Nowadays, we have so many things that we can own and gain through hard work and determination. Life ought to great, right?

Life Indebted to the Wrong Things

When most people think of owning something, they think life is going to be great, as though they were in a fairy tale and once they meet their expectations of owning something (may it be a farm, a car, or even a prince or princess) their life is complete. Unfortunately, when you get a farm, you have to take care of the animals, or plants, or land in general. If you do not care for either, it will die or grow out of your control. If it is a car, you have to deal with car insurance, gasoline, oil; and luck have you if you do not have any car troubles or accidents. And as for the prince or princess, you have to deal with their own issues as well as your own.

As anyone should know... life indebted to owning a car, or a farm, or even a jet only gets a person so far. If you own these things, but do not own yourself, you are inevitably going to fall into a never-ending life of wanting more. And because there are so many things to own, a person gets lost in owning more things rather than appreciating what they own already. And the more things you own, the more things you have to maintain.

Let us face the facts, when there is more of anything... ANYTHING gets more complex. If you have one stack of hay to find a sheep who was buried under it, your job is easy. If you have a hundred stacks of hay with a sheep hidden underneath one of those haystacks, your job has become complicated as hell. And so have people's expectations become complicated as society has progressed and there are more things to call your own.

How much do you know yourself?

Is owning the faster car better than owning the bigger house? I guess that is a matter of opinion. But so is owning a huge house and the fastest car versus owning a great amount of good friends and/or family who always have your back.

Material things are important to so many people. That is why, especially in (civilized) areas, people have become so lost to what they really want, and that is one of the leading causes to why people are so unhappy without realizing why.

Owning yourself, or having integrity is not an easy thing to accomplish. And you must know yourself before you can own yourself. To know yourself, find and do things you like, not what the rest of society does or likes. Some people like getting naked, being naked is fun as heck. This is called nudism, and as stupid as it sounds to people to be a nudist, it is actually a free and enjoyable lifestyle. The reason why most societies do not like this lifestyle is because being naked is taboo, even though everyone else around them is human and generally have the same body parts and functions.

Knowing yourself does not mean being a nudist or being naked, but it does mean knowing who you are, human. You are a lot like everyone else around you, but you have different interests, lifestyles, and a different background. So find out who YOU are, and then start working on who you WANT to be in the future.

Sure this may seem like a lot of work, but so is buying a car or a house.

Also, if you believe you own respect because you have a lot of money or the fastest car or the biggest house, that respect is gone the moment you lose any of those items.

“The individual has always had to struggle to keep from being overwhelmed by the tribe(society). If you try it, you will be lonely often, and sometimes frightened. But no price is too high to pay for the privilege of owning yourself.” – Friedrich Nietzsche

Go ahead and say, "Deep Down it is mine, right to the center of the world." And know that you are your own, and your body does not own you, you own it. Society does not own your lifestyle, you do.
If Lady Gaga allowed other people to take her down would she ever be so famous? Not at all. She owns herself and follows what she wants, not what others want.

Edgar Allen Poe may have been crazy, but the thing is, he owned himself and continued to write until his death. He owned his writing, because his writing was his life.

I hate to end this so soon... but, really... own yourself, have integrity, live a good life. 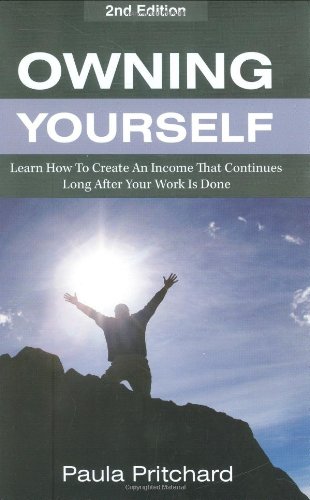 More on Owning Yourself