Plato & Aristotle: Which Form of Government is Best?

Get Paid to Write

Share your opinion and expertise and make residual income at the same time by signing up for Hubpages for free.

This hub is adopted from an essay written for a political science class I took a while back. I have preserved the essay as it stands including citations etc. Enjoy!

Plato and Aristotle are among the most influential political thinkers of the western world. The teacher and the student, each has made a unique contribution to political thought. Both defined what they thought as the ideal government and agreed. Aristotle's philosophy, however, is the stronger because he took it a step further. While Aristotle agreed with Plato on the ideal constitution, he saw the world through practical eyes, and so defined the best and most realistic constitution for men as we are. Because his approach to the world around him was scientific, he saw the ideal and the practical. The thing that separated him from his Mentor and made him "the Philosopher" was his desire to understand "the theoretical exploration of the purpose and end of being human" (Deutsch 36). His desire to understand man, that political animal, makes his conclusion the stronger and more lasting influence in political thought to this day. Plato, on the other hand, spent a lot of his time defining abstract principles and theories, which while valid and important to understand politics and philosophy, lacked the final connection between ideals and reality. In the end, the only ideal form of government or constitution is one that can be implemented and sustained in the real world.

The intent of government is to create security and stability in society. A constitution is a numeration or limitation of the powers granted to said government. In an ideal world, the government best for security and stability as defined by Plato and Aristotle is that of a philosopher king. This man would not seek power for its own sake, but would rather desire to using in providing this stability and security. A benevolent tyrant, he would having complete power over his people and exercise it in keeping his people safe and secure. Using logic and the dialectic, he would use the wisdom he has to be a father to society. However, there is a problem; assuming that a man such as this can be found, he is mortal. What of his successor? Whether the succession is hereditary or by appointment, this fatal flaw does not allow much room for error. Because of the nature of power, if any individual were to rise to power and abuse it, he or she would be a tyrant, who while similar to a philosipher, according to Plato in book IX of the Republic, allow their desires to rule their souls and subject their reason, thus letting their better selves becomes slaves to their whims, passions and bodily desires. William Pitt Sr pronounced in a speech to the English House of Lords (1770) that, "Unlimited power is apt to corrupt the minds of those who possess it; and this I know, my lords, that where laws end, tyranny begins" (Absolute Power). From what Plato and Aristotle say about these philosopher kings, it appears that they do have complete and unlimited power. It would be wonderful to think that there is a man or woman out there who could deny the allure of abusing this total power and use it for good. There is a case in history where this succeeded for a short while in the Roman Empire. The men known as the Five "Good" Emperors (96-180 AD) managed to utilize their powers in succession without becoming tyrants in the sense of Plato's definition (Lecture Topics 4-5). Yet the emperor who succeeded the final of the Five was Commodus (180-192 AD), who started out fine in the beginning, but soon turned into a megalomaniac, giving orders and making laws which made little sense or did great harm to social order. Commondus' reign ended with his assassination by strangulation in his own bath (Roman Emperors). This shows that, while philosopher kingship can be a good thing, it is not a stable or viable in the long term for the prosperity of a society. Too easily can a man with absolute power be corrupted and turned towards the fulfillment of his own whims to the detriment of justice, stability and prosperity, making those he was to rule his victims and slaves.

Aristotle, seeing the possibility of a philosopher king being corrupted in history and through his study of the variety of governments he had encountered, indicted a constitution that would be more viable and long lasting. This constitution is referred to as a Polity, or mixed government. Aristotle viewed government in a hierarchy were there were ideal governments and their not so ideal counterparts. For example, the ideal government said would be a Philosopher King, yet its counterpart would be a Tyrant. The next best would be an Aristocracy of philosophers, yet its counterparts are Oligarchies or Plutocracies. The worst form of government Aristotle and Plato both pronounce to be Democracy, yet Aristotle takes things a step further by pronouncing that a Polity which included the aspects of all the forms of government named would be the third best. These forms of government, both the bad and the good, can be summarized into 3 basic category of the One, the Few and the Many. When the One, the Few and the Many vie for power, this prevents the one group from gaining complete power and gives society the stability and security needed. Prior to the Roman Empire, the Roman Republic lasted for over 450 years. It lasted so long because the Roman government was a government of laws, not men. The only reason the government failed was because power was allowed to centralize to the point that a tyrant was able to take over. Yet another example of this balancing of power is the United Kingdom. This country evolved a political system with a hereditary Monarch, a hours of Lords and a House of Commons, thus balancing the power between the One, the Few and the Many. But, the best example of a true representative government of the people is the American Constitution in its original form. While not as widely used as the British Parliament system, it took all the aspects of separating power and balanced them brilliantly. The Chief Executive is elected via a delegation, the Senate is elected by the Legislatures of each state and the House of Representatives are elected by the people. The best bit is that since the terms of office are limited rather than for life, then there is no need for violent revolution for power to shift and change to take place. Furthermore, with the One, the Few and the Many balancing each other, this creates the stability and security needed by a society to function and thrive.

The Cave and the Light: Plato Versus Aristotle, and the Struggle for the Soul of Western Civilization
Buy Now

At the end of all philosophical debate and theoretical consideration, the most powerful and best form of government is not one based in an idealized world, but one with, as Aristotle proposed, the most practicable for creating the stability and security needed to allow society to thrive. Whomever holds the power determines the fate said society, which is truly frightening no matter who the person or what that organization is. When, however, the organization is more focused on a tug-o-war for power, it allows the citizenry to get on with their lives and allows the philosopher to debate and lead in the holistic sense that any civilization needs in order to thrive. And so the struggle goes on. For how long, no one can tell. But in the end the winners of this great tug-o-war are not Plato and Aristotle. Not the different branches of government or groups, but rather me and you. The individual, the family, the community, the nation.

Which form of government do you lean towards? 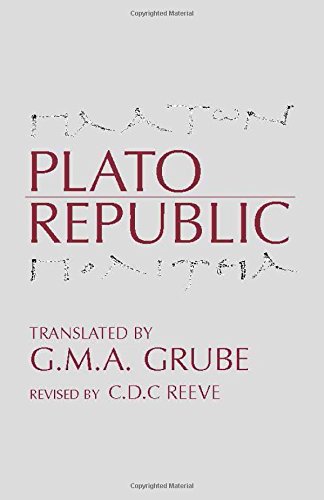