The contents of this article are the expressed views of the copyright holder and author only. This article may contain historical facts, however, must never be used as a point of reference.

If you live anywhere on earth, and you have lived among other races and people, you have heard of or experienced racism. I believe the only people untouched by this prejudice are those who have no contact with anyone outside of their own world such as the remote people of Tibet, remote tribes of South America and maybe some remote places in Africa.

I am not going to use a dictionary to define this because the meaning is very clear. Racism is the dislike of someone because of the race in which they were born.

It’s not only about the color of the skin. As a matter of fact it was never really about skin color in the first place. It only became about skin color when Africans were described by skin color. For instance, the Japanese and Chinese have been at odds for hundreds of years because the Japanese thought that they were superior. They are two different races and they dislike each other; that’s racism.

There used to be strong discrimination between people of African descent and Indian descent as well, although many of them have similar skin tone; there goes racism.

This racial discrimination is not about black and white. There is prejudice among all races and there are many races on this planet.

What is your opinion on racism?

Racism And The Twenty First Century

We understand where racism is coming from. We don’t condone it but we understand it. Some people at some point in history got the idea that they were superior and decided to make others suffer. We must also remember that racism did not begin when Africans became slaves. If you believe in the bible then maybe it’s time to start reading.

Do you remember the story of Noah? Noah was tired or drunk and had fallen asleep, his clothing had come loose and exposed his “privates”. His son Ham walked in while his father slept and went and told everyone what he saw. What did Noah do? He cursed Ham and told him;

Genesis 9:25: “Cursed be Canaan; a servant of servants shall he be to his brothers”.

That was the beginning of the separation of Canaan and Israel. The Israelites were thereafter known as God’s chosen while Canaanites were heathens. Was this separation sanctioned by God? We aren’t sure.

The bible has so many instances of prejudice of all kinds including races, they are too many to name. However, we know that Rome hated Israel and Babylon was looked down upon by other people. Even now, the word Babylon is used to describe anything negative in my country.

Because of the numerous occurrences of segregation in the bible, there were many wars and most of them were fought for supremacy, nothing more. They were not fighting for the good of the people, it was all about which nation was superior. Greeks were thought of as giants and were feared for their superior stature. Israel, were feared because other nations feared the Israelite God.

There here and now

Don’t believe that because our civilization is modernized and racial integration and interracial marriages are seen as normal that it is any different from days of old. We have come a long way but I fear that we have gone about this all wrong.

Racism is alive and well and I honestly don’t see it dying until we have had a serious paradigm shift. Racism in the twenty first century is still barbaric and unfair, but if this was really sanctioned by God, then maybe there is nothing we can do about it. If God sanctioned it, not that I am saying he did, then he did it for a reason.

I don’t believe for one minute that God started this whole mess. But, he allowed it to happen then and it’s just as bad now. Much innocent blood has been shed in order to quell this monster but we still see instances of deep hatred to the little snide inferences about race. Where will it end?

Racism without Racists: Color-Blind Racism and the Persistence of Racial Inequality in America
Buy Now 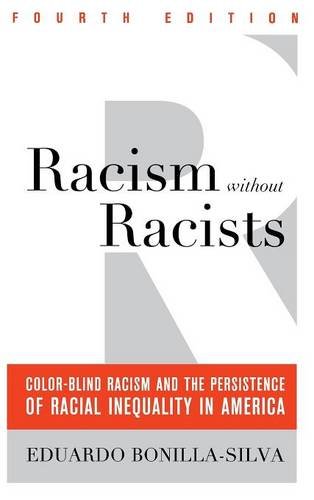 Racism without Racists: Color-Blind Racism and the Persistence of Racial Inequality in America
Buy Now

Why is Racism Still Alive?

When it comes to this kind of bigotry, there are different views. Some people have repulsion to races even drinking from the same cup, let alone having kids. Others feel that black or white are okay to be friends but never get married. Another set loves all people and it doesn’t matter from what race you belong, then there are silent ones who don’t give a dime about any of this.

There is a set of people who are openly racist. They are separatists and they feel that their race is superior. They believe in purging the human race of the race they hate (ethnic cleansing) and they abhor people who mix. These are NOT the people keeping racism alive!

These white supremists who hate black people, as we say in Jamaica, “like a dose of poison”, aren’t the ones who go around calling everyone else racist. They usually state their point of view and separate themselves from everything to do with “blacks”. You don’t hear their voices because they hate interacting with anyone who doesn’t share their views. As a matter of fact, these are not the most violent racists. By the way, "black separatists" also exist.

The ones who keep racism alive are mostly people like me, yes, colored/black/African descendants who cry racism at the drop of a hat, AND, those whites who keep categorically denying that they are racists but keep mentioning how racist black people are.

What do you think of this article?

Before you get your panties all in a bunch hear me out.

Every time these African Americans draw this racist card, you will find some white people pointing out all the flaws of the black race, comparing a white shooting with a black shooting, and cycle goes on. They also keep racism alive.

In my humble opinion, in America, interracial killings are not seen as murder but racialism. It’s the blacks against whites. Dr. Martin Luther King is turning over in his grave after all the work he put in to make sure that blacks and white could stand in the same church. Rosa Parks is probably regretting having not gotten up from her seat when asked. The woman got jail time for what? So that half a century later people are still on about racist this and racist that?

Morgan Freeman refuses to celebrate Black History month because it’s all about slavery. It’s as if the same people who decided that we need to be taught our history have conveniently forgotten the beginning of the black race. Somehow, we don’t see anything about black people before the slavery ship sailed from Africa. These are the people keeping racism alive.

The idea is kept alive by the very essence of what is taught. Telling the modern generation that white people are evil because they enslaved us if like fueling the fire with drops of gasoline. It keeps the flame alive.

....racism will still rein supreme. It's time to see people as people and the same as you. It doesn't matter where they are from or the color of their skin we are one people - human beings.

I really want to the day to come when I don't have the need to say "black" or "white". I really hate having to separate people like that. This barrier needs to tear down. I am praying for the day when people stop asking stupid questions like, "is he black or white?"

This boy can sing!