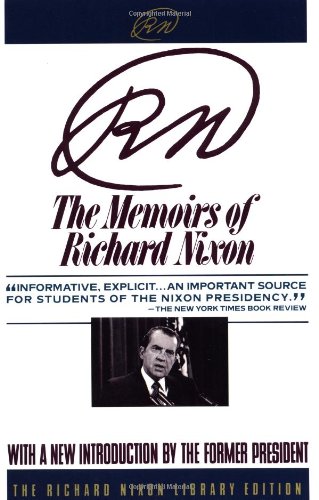 Nixon was a graduate of Whittier College (1934) and Duke University Law School (1937). In 1940 he married Thelma Patricia Ryan; they had two daughters. In 1946, Nixon, a young lawyer practicing in Whittier, California, was chosen by a group of Republican businessmen to run for the US House of Representatives. He won and became a member of the House Un-American Activities Committee.

Nixon achieved national fame there by pursuing the Alger Hiss-Whittaker Chambers spy case. He emphasized his anti-Communism in 1950 when he was elected to the Senate against Helen Gahagan Douglas, whom he accused of being pro-Communist.

In 1952, Dwight D. Eisenhower chose him as his vice-presidential running mate.

Nixon's eight years as vice president were unusually active, and in 1960 he was the Republican presidential candidate. He lost the election to John F. Kennedy in a close race. In 1962, Nixon ran unsuccessfully for governor of California; he then moved to New York to practice law. Nixon won the 1968 Republican nomination and the subsequent election.

Nixon was pledged to end the war in Vietnam and began the removal of US forces. He also increased the saturation bombing of North Vietnam and ordered the invasion of Cambodia (1970) and Laos (1971). He eased tensions with the Soviet Union and Communist China. visiting the mainland in 1972. Domestically, there was much unrest; antiwar activists created disturbances, and a severe recession accompanied by inflation caused Nixon to institute (1971) wage-and-price controls.

Nixon and his vice president, Spiro T. Agnew. were reelected in 1972 by a landslide. Almost immediately, however, Nixon was engulfed by revelations of unprecedented corruption in his administration, most of them lumped under the heading of the Watergate affair.

There were widespread criticisms of public money spent on Nixon's private houses, and he was found to have greatly underpaid his federal income taxes. At the same time, Agnew was accused of taking bribes while governor of Maryland and while vice president. He was forced to resign, and Nixon appointed Gerald R. Ford to replace him.

In 1974 the Judiciary Committee of the House of Representatives voted a bill of impeachment against Nixon. Before the House could act on impeachment, however, the Supreme Court forced Nixon to release secret tapes that he had made of his private conversations.

They revealed that Nixon had lied to the public about his involvement in the Watergate coverup.

On August 9, 1974, President Nixon resigned from office, the first president to do so. A month later his successor, Gerald R. Ford, issued a general pardon to Nixon. A number of his top aides, however, were convicted, fined, and imprisoned.