Sources of Harnessing Solar Energy and Their Advantages and Disadvantages

Solar energy is the main source: The energy obtained from the sun is called solar energy. Indirectly or directly, all forms of energy originate from the solar energy. So ancient man was worshipping Sun as the source/GOD.

The Nuclear fusion of deuterium is said to power the Sun. The energy that radiates out in all the directions is received to some extent by various planets and other celestial bodies. Besides, heat energy, ultraviolet, gamma rays and visible light also comes from solar energy.

Solar Cooker: Solar cookers and water heaters are devices that are used to collect solar energy in the form of heat over a period of 5-7 hours by exposure to the sun.

Solar Water Heater: It is a device in which water is heated by using solar energy. 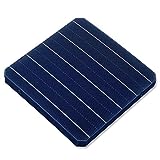