Lots of research continuously leads to the same group of people taking advantage of an entire community for personal agenda.

Vote No! For Bond Election

Southside ISD community members are beside themselves with anger since the New Superintendent and board are pushing forward with a bond election. While most members of the community and the media are being told that it will be for $34 million to $74 million because they don't know yet. The feeling among the community members is that the district officials are lying to both the media and the community; more so after a meeting that was held at the district and a breakdown of what they were spending the money was distributed to those in attendance.

Mr. Chavez tried to get sympathy from the community for the bond election using his fathers death and athletics for helping him become the type of person he is today and many members of the community found offensive, after all the information that is known in the community of Mr. Chavez. A member of the community mentioned that while athletics is good for keeping students on the right path; there are thousands of students that are not involved in athletics, so this is beneficial to only a very small portion of the student body.

The distribution of funds will break down as such:

The funding from the bond election was first pushed as needing funds for new facilities due to growth. The facts show that it is mostly for expanding extra curricular activity structures to include a large portion for athletics.

The board once again using tax payer funds to push forth their agenda and spend money the community can't afford to spend on non-education construction. Members are asking, Where is TEA and when are they going to remove these members. Others are gearing up to get the "No Vote" for the bond election which they are working to put on the May ballot.

There will be a meeting January 19th @ 6:30 pm. In the Administration Office Board Room on 1460 Martinez-Losoya. Members of the community are urging each other to attend and get involved.

Southside ISD is calling for a special meeting to hire designers for the new middle school and PreK campus. Once again putting the horse before the cart and spending tax dollars they district does not have. Once the district enters into an agreement with a firm and they begin drawings, the district is responsible for payment. Example: The athletic facility Mr. Brewer and his team fought hard for and spend funds for structural plans and were in debt to the firm for thousands of dollars.

Research shows that the district voted several years ago, that will the tax income of the district, they could not afford Pre-K for everyone. This during a time when the district was solvent. Today, after Mr. Brewer and his team squandered and presumably illegally spent most of the districts funds, they are now trying to build a Pre-K campus. The district holds 4 elementary schools. And estimated enrollment in 2013, was 100 students, with growth 281. At the most, 2 additional classrooms per campus; at the least 1 additional classroom per campus. So why spend nearly $30 million dollars at a time when the community can least afford it.

The board and the Superintendent do not appear working for what is in the best interest of the district.

Agenda item: Authorization to make "withdrawal" from TexPool/Tex Pool Prime. This is a government account they can pull funds from. 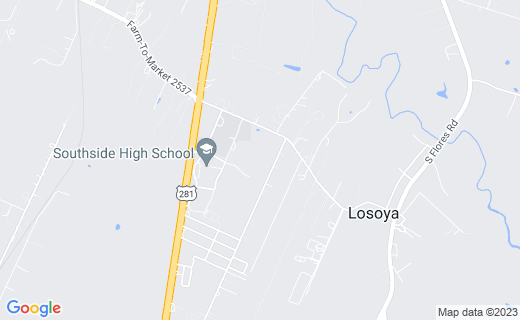 Southside ISD was taken over by rogue members of the community, all backed by Sylvia Ruiz Mendelsohn, who received funding from County Commissioner "Chico" Rodriguez to help during election season; they used their position to spend taxpayers money illegally and commit other illegal acts because of the positions they held and some still hold. TEA ignored the cries for help from the community for several years, finally stepping in at the point where one could say "to little to late".

The district is in financial straights due to mismanagement of funds.

Loren Brewer took control of the Southside ISD; school board policies and procedures changed to accommodate his agenda. With all the members of the board being on the same "team" after two descending members, Craig Knapp and Raul Martinez stepped down due to personal loss in their families; Mr. Brewer had nothing stopping his agenda.

Voters soon had enough and voted Mr. Brewer's friends and family members off the board, replacing them with new members of the community in hopes of change. Instead inner turmoil and unqualified members have continued agenda's that are not in the best interest of the tax payers and the students.

TEA and the New Superintendent

TEA finally appointed investigators during the last school year and found that Mr. Brewer and other members were working beyond the purview of school board authority. Other members were benefiting from their position and Mr. Brewer's uncle by marriage (Tony Luna) and former board member was involved in possible illegal activities, which the TEA and school have talked of possibly pushing for a criminal investigation.

Mr. Luna, was given a position at the district, with a lucrative salary by Mr. Brewer and his "team". Mr. Luna, chose to do work with Sanchez General Contracting Service on 1522 Sanco St. in San Antonio, TX's Villa Coronado Subdivision, without taking bids and signing contracts, costing the district $96,0000 plus.

TEA's investigation also suggested removing all members of the board and assigning a management team of community members that are vetted for qualifications. However, there is no timeline set for this; they could take action immediately or they could wait 3 years if they wanted to and in the meantime, the district continues to lose ground financially and those that suffer the most, the children.

Members of the community feel that TEA should move expediently in pushing forth their suggestions to help out the district; a district that has a large number of lower income families.

The district took one step to help itself by hiring a new Superintendent, Mark Eads from San Marcos Consolidated ISD. On May, 9, 2016, he signed a lucrative contract for $235,000 a year, plus other benefits.

Would you support a bond election and higher taxes with the current board on hand?

Ms. Minjarez, has been sent to Southside ISD as Conservator, to watch over the district, will sit in during meetings and costing the district $85 per hour.

Southside ISD Board voted to appeal the TEA decision.

With a record such as the one listed above, how can the board continue to stay on?

In the latest saga of Southside ISD board meetings, Mr. Brewer once again gave an outstanding performance when he let his temper get the best of him. During the meeting, Mr. Brewer verbally attacked the board president, Mr. Gonzalez. Once again, proving to the community, just why it is important to remove the board and begin from scratch. If the board president cannot keep order in his or her own board, then how can he or she expect to lead. And the board member who thinks they are above rules, regulations and laws, have no business overlooking the taxpayers best interests in education and finances of the district and its students.

Mr. Brewer's behavior, like a two year old, who wails louder than everyone when he doesn't get his way or attention has made it clear in his community that he will seek another term on the board. His seat is up for election, along with that of his childhood friend and companion on the board, Mr. Norberto 'Robert" Chavez, in the Spring of 2017.

Is this a joke? Embattled Board member continues to ask for community support

Loren Brewer, leader of chaos runs for the Southside ISD school board in 2017, will he have your support?

Solution: Throw more money at it....

A district that squandered millions of dollars that had been allocated for future expansion, and instead spent it on their athletic department and payroll for friends and family that were hired at twice the pay scale for positions; is now according to the board and Superintendent, in need of structures and expansion without the funds to provide for them.

Southside ISD held a meeting to inform the community of their desire for a bond election in which they spoke of taking their intermediate school, demolishing and adding new structures to make it into a middle school. Along with a new campus in the Villa Coronado subdivision off 281 and 410 south and other items; which on the low side could cost the district $50 million dollars and the high side $100 million dollars.

The community, as mentioned before, is made up of a large number of lower income families who do not have the means to cover the higher taxes that would come with the district bond.

Another question to pose; if the district cannot afford to pay for new structures, how are they going to fund personnel, educators and the staff to run the added structures? Books can be purchased with grants, but it takes more than that to run a campus. Other increases would be in fuel costs for bus routes, salary costs for bus drivers and possibly additional buses to the fleet.

Passing a bond at a district with a board that TEA finds to be unfit, is not the time for a district to pass a bond for more money that a corrupt board would be in charge of. The district has shown the community that they are irresponsible when it comes to being a good steward of their tax dollars, so why would they want to give them upwards of $100 million dollars more to squander.

The Southside ISD community has a big decision to make. While there has been added growth in the district, it has been said that there are still buildings that are not to full capacity, leading community members to vote against the bond until after the district is more financially sound and board members like Mr. Brewer and his followers have been removed from the board.

Members of the community feel that when teachers of the district are getting paid, $50,000 to $62,475 a year, their children should be getting a great education. Adding another school and more salaries is not what the district needs, what they need is teachers that want to educate and not just show up to get paid.

A realignment of the schools could open room on the campuses to accommodate the minimal growth the district has had.

The district does not need added expenses. They need to reign in where they can and restructure. And the people of the community need to understand that it comes at a sacrifice, because of all the squandering by Mr. Brewer and his team.

Stubborn board hurting the district, the community and the children

The board has been found to be lacking. Lacking in the ability to serve the district, the students and the community needs as it pertains to education and safety.

Instead of allowing TEA to move forward in what would be in the best interest of the Southside Independent School District, they continue to spend time and district funds to fight for their own right to continue the same agenda of squander and steal from the community taxpayer; along with continuing to hold back the education that those district children deserve.