Stereotypes and Social Stigmas in the Twenty First Century

A stereotype, as defined by Webster’s New World Dictionary, is “a fixed or conventional notion or conception” (Agnes, 2003). In other words, it is a generalized idea about something or someone. The most prevalent stereotypes in modern society are those regarding people. These concepts attribute qualities to members of various groups based on race, ethnicity, economic status, education, age, and many other factors. Being highly generalized, stereotypes are often incorrect when compared to a specific individual, but there are also cases where a person is the embodiment of such generalizations.

Each of these stereotypes also carries with it social implications, which separate those to whom the stereotypes are applied from other people who are not of that group. This separation can manifest as a result of either the group’s desire to exclude non-members or the expulsion of the group as undesirable. While the former example is often referred to as “snobbery” and draws upon the application of positive attributes to the members of the group, the latter—stigmatization—causes the greatest duress for individuals. Being the victim of a social stigma can be devastating psychologically and physically. The physical damage may come from attacks by others or from the stigmatized person’s self-loathing (suicide, cutting, extreme dieting, body modification, etc.). Regardless of the form or source of the harm, the damage done can be irreversible.

The Power of Stereotypes

There are many common stereotypes within the United States—the politician, the country bumpkin, the city slicker, and the geek to name a few—but most of these are harmless enough if a person has a good sense of humor and/or thick skin. There is another stereotype, however, that has seized the minds of Americans in recent years and driven some to commit hateful acts in the guise of patriotism: the Muslim terrorist. Under this concept, any proclaimed Muslim must be part of or aware of a plot to assault citizens of the United States. This stereotype is also applied to anyone who appears to be Middle Eastern or wears clothes reminiscent of that culture.

In the wake of the September 11, 2001 attack on the World Trade Center, American Muslims and citizens of Middle Eastern decent have been harassed, slandered, and physically attacked based on little more than their religious beliefs or their appearance. As seen in a 2009 article, American Muslims suffer insults and fear reprise for acts they did not commit (Associated Press, 2009). In May of 2010, Muslim artwork—created as a commentary about the increase of hate crimes against Muslims—was defaced while on display at the School of the Art Institute in Chicago (Lasagni, 2010). While it is unclear why the artwork was vandalized, it is suspected to be due to the animosity of many Americans towards Muslims. The reason for such hatred can only be explained by a deep-seated belief in the Muslim terrorist stereotype.

The Perpetuation of Stereotypes

The answer to where stereotypes come from and how they persist in the world can be disturbing. The generalizations about people are often created through ignorance of their culture and a need to categorize them. These ideas become fixed when people increasingly see and hear the descriptions from places they trust for information—such as the news, respected officials, and parents.

The media have long been known for providing information in such a way as to have the greatest impact. This is best accomplished through appealing to emotions rather than critical thought. The unfortunate result of appealing to emotions is the removal of understanding, and the acceptance that all individuals can be defined by their grouping. The same concept applies when dealing with respected officials. A leader can easily control a community that does not question or analyze information, which is the result when they are swayed purely by emotion.

While it is easy to blame others for instilling incorrect information in the nation’s youth, parents have often done the most damage. In some cases, the parents subscribe to the stereotypes themselves and foster their belief. Other parents commit a far greater disservice by not taking action to encourage their children to question the stereotypes and to see people for who they are rather for what someone else says they are.

It is possible to combat stereotypes and to reduce them to mere footnotes in history, but this is a very daunting task. The road to understanding requires educating everyone about the flaws in generalizations. The acceptance of this idea can lead people to make an effort to fight their preconceived notions as well as remind them that every individual is unique. Stereotypes can only be disproven using critical thought and analysis, which is something people must do for themselves. In this respect, there is great wisdom in the song “Closer to the Heart”, which offers this statement: “Philosophers and ploughmen / each must know his part / to sow a new mentality / closer to the heart.” (Peart & Talbot, 1977).

Rush: Closer to the Heart 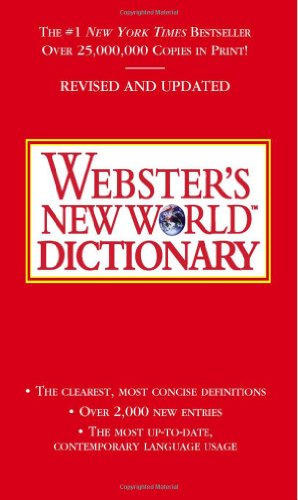