You could be forgiven for thinking that its hard to get us Brits in gear for a good cause.

For example, down on the endz - doing my thing, I rocked up at the local Library, looking for signs of Mandela Day (its that time of the year).

A Poster stuck up someplace on a wall perhaps? A ‘lecture’ going on somewhere? something? An exhibition of local Mandela themed art? A Raise Funds for Mandela Day walk? A hand-written flyer someone dashed off? Perhaps an Artists drawing exhibited on the Library wall - anything! But not a squib!

1. "A people without the knowledge of their past history, origin and culture is like a tree without roots."

2. "If you have no confidence in self, you are twice defeated in the race of life."

3. "Liberate the minds of men and ultimately you will liberate the bodies of men."

4. "Africa for the Africans...at home and abroad!"

5. "Men who are in earnest are not afraid of consequences."

In case you don't know your JA history from the Vikings in the UK, Marcus Mosiah Garvey, Jr. (1887 – 1940) was a Jamaican political leader, publisher, journalist, entrepreneur, and orator, a proponent of Pan-Africanism; founding the Universal Negro Improvement Association and African Communities League (UNIA-ACL). He also responsible for the Black Star Line, a shipping and passenger line which promoted the return of the African diaspora to their ancestral lands. (Wikipedia)...

Even so, it did take Jamaica a while to remember Garvey!

"Garvey left a legacy to the global African diaspora that was strong enough to remain relevant and heavily-referenced today; widely-known as 'Garveyism'.

The respected leader inspired those of Caribbean descent, African-Americans and black Brits alike to consider how they might make ideological, political and economic moves towards Black Nationalism and Pan-Africanism in their everyday lives."

(The Garvey left a legacy to the global African diaspora that was strong enough to remain relevant and heavily-referenced today; widely-known as 'Garveyism'. The respected leader inspired those of Caribbean descent, African-Americans and black Brits alike to consider how they might make ideological, political and economic moves towards Black Nationalism and Pan-Africanism in their everyday lives. (The Voice Newspaper, UK 17/08/2017)

So, looking to make a suggestion or two to the Mandela Clan..

For starters ....I love me a freebie.

Not talking about the Mandela House Champagne no. Nor even the House of Mandela Wine.....http://www.houseofmandela.com/ .

Something more like in the line of promo gift. Along the lines of a Pen!

Nothing posh but ... love me a free Pen. ..especially a branded one...

Only Lord, let it be free!

But back to my pointers!

How about a posh raffle - a la Hollywood style - the prize ...the gorgeous George Clooney!

For the House Of Mandela raffle the winner could get…Hollywood style, a date with one of those gorgeous Delas (below!)

In any event, don't want any waiting in vain on the next Mandela day, indeed, Us Brits will follow through....

Over To You Tube For A Freedom Song, Or Two.. 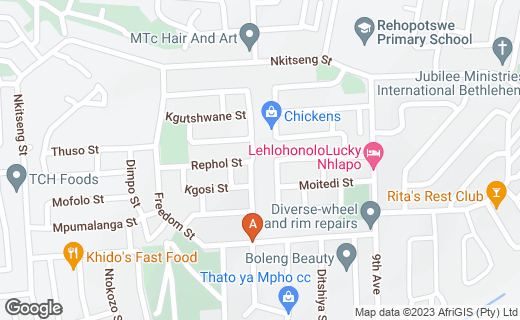 A Favorite All Over The Wolrd

IF THERE IS ONE DISH that is popular and a favorite all over the world its Oxtail Soup. That said, in the U.S Oxtail don’t get that much love as do other cuts of meat. But its quite a cultural thing in African Caribbean kitchens and if you can get it right, the 007 of Soups.

Xoliswa Nboyiya, former cook to the late great Statesman, Nelson Mandela revealed in a Blog, that Oxtail Soup was Mandela’s favorite Soup, whilst he was incarcerated on Robin Island. And, having launched a cookbook out in 2016 featuring some of the Statesman’s favorite meals, of course Oxtail Soup is in.

So, you could do yourself a favor and, put it on your weekly menu. With a UB40 Playlist - get ready to rock with a classic Caribbean Oxtail Soup.

A Reminder About Oxtail

IN our fast paced world, many can’t be asked because it takes some 2-3 hours to cook.

Even so, for a new generation and an old, who may need a little be patient. OXTAILS are great for braising and though the cooking time is a pain, they are succulent and delicious. So, there.

Before you slip on your chef's hat.....When buying make sure you pick out the ones with less visible fat.

BEFORE YOU BUY: Ask the butcher cut the oxtail into medium pieces - it helps cut down on the cooking time.

TO COOK: Slow cooking is best. Apparently it breaks down the connective tissue and renders it tender, fall off the bone, which recommended, especially for first timers.

So, let's get started. The Pot should be ready...

Foods often slow cooked include soups, stews and sauces, which call for a liquid ingredient such as water or broth. These foods become watered down when slow cooked because of the additional moisture created by steam.

Uncover the pot, and stir in your seasoning; from Jerk Seasoning and Habanero Garlic Pepper, to red wine and more, stirring to combine; sautéing until aromati.

Not Forgetting A Song or Two!

The biggest trouble with electric stoves is they are slow to change temperature. If you're cooking something that starts out on high heat, but then needs to reduce to a simmer...it takes some juggling...with two burners...

Whatever stove you have, persevere ...Oxtail Soup is worth it...

Season oxtail with, sea salt and pepper and Set aside

In a large pot, heat oil over medium heat, until hot, then add the oxtail sauté stirring, frequently, any browned bits off the bottom of the pot, until oxtail is brown. Drain oil and leave about 2-3 tablespoons

Once the lid is on the pan (a good pan - see above) turn on the heat. Leave the oxtail to cook for about three hours, checking once or twice during this time and giving everything a good stir. If it looks a little dry stir in a splash of water or more stock.

(Some add a cupful of wine - your shout!)

Bring to a boil and let it simmer until tender About 2- 3 hours, occasionally stirring the saucepan.

Lastly, about 20-30 minutes before you remove from the stove add broad beans.

Adjust thickness of soup with water or stock

5 stars from 1 rating of Oxtail Soup

Can only add, I enjoyed it. Jules