THE ICON OF THE AMERICAN DREAM

WHAT IS MEANT BY THE "AMERICAN DREAM"?

ACCORDING TO WIKIPEDIA, THE IDEA OF THE AMERICAN DREAM BEGAN as early as 1774 where the Royal Governor of Virginia said of Americans, "for ever imagine the Lands further off are still better than those upon which they are already settled." In the same Wikipedia article, one of the Jews fleeing to America in 1848 said:

”The German emigrant comes into a country free from the despotism, privileged orders and monopolies, intolerable taxes, and constraints in matters of belief and conscience. Everyone can travel and settle wherever he pleases. No passport is demanded, no police mingles in his affairs or hinders his movements....Fidelity and merit are the only sources of honor here. The rich stand on the same footing as the poor; the scholar is not a mug above the most humble mechanics; no German ought to be ashamed to pursue any occupation....[In America] wealth and possession of real estate confer not the least political right on its owner above what the poorest citizen has. Nor are there nobility, privileged orders, or standing armies to weaken the physical and moral power of the people, nor are there swarms of public functionaries to devour in idleness credit for. Above all, there are no princes and corrupt courts representing the so-called divine 'right of birth.' In such a country the talents, energy and perseverance of a person...have far greater opportunity to display than in monarchies."[5]

Also from the same article in Wikipedia, historian James Truslow Adams popularized the phrase "American Dream" in his 1931 book Epic of America with:

"But there has been also the American dream, that dream of a land in which life should be better and richer and fuller for every man, with opportunity for each according to his ability or achievement. It is a difficult dream for the European upper classes to interpret adequately, and too many of us ourselves have grown weary and mistrustful of it. It is not a dream of motor cars and high wages merely, but a dream of social order in which each man and each woman shall be able to attain to the fullest stature of which they are innately capable, and be recognized by others for what they are, regardless of the fortuitous circumstances of birth or position.[1]"

"The American dream, that has lured tens of millions of all nations to our shores in the past century has not been a dream of merely material plenty, though that has doubtlessly counted heavily. It has been much more than that. It has been a dream of being able to grow to fullest development as man and woman, unhampered by the barriers which had slowly been erected in the older civilizations, unrepressed by social orders which had developed for the benefit of classes rather than for the simple human being of any and every class."

Finally, Wikipedia offered this from Martin Luther King Jr. in his "Letter from a Birmingham Jail" (1963) rooted the civil rights movement in the black quest for the American dream:[6]

"We will win our freedom because the sacred heritage of our nation and the eternal will of God are embodied in our echoing demands. . . . when these disinherited childrens of God sat down at lunch counters they were in reality standing up for what is best in the American dream and for the most sacred values in our Judeo-Christian heritage, thereby bringing our nation back to those great wells of democracy which were dug deep by the founding fathers in their formulation of the Constitution and the Declaration of Independence."

I think each of these quotes clearly reflect what most Americans, regardless of political persuasion, have in mind when they think about the American Dream. From where I sit, James Thurlow Adams probably is closest to the rhetoric being used in political debate today and consequently forms the basis of the rest of my this hub.

IN TODAY'S POLITICAL DEBATE, one of the major issues is whether the government, mainly the federal government, is helping or hindering its citizens in their quest in obtaining the American Dream. In order to discuss this intelligently, one must be able to measure whether Americans are attaining the Dream and, to do that one needs Criteria. So, what might such criteria be?

If we look back at our quotes for guidance, the criteria become rather easy to construct. This is what I come up with:

WHAT ROLE SHOULD THE GOVERNMENT PLAY IN MEETING IN THESE CRITERIA?

I HOPE NOBODY WOULD DISAGREE if I said that the fundamental purpose of the Federal government in America is to provide the environment for its citizens to prosper. In 1797, it was to do this by simply insuring that white, land-owning, Protestant male's natural right to Life, Liberty, and the Pursuit of Happiness was not infringed by either the Federal or State governments. Over the next 200 years through various Amendments to the Constitution, this authority was expanded to include women, all religions, all races, and without the need to own property; every one of these changes, by the way, was fraught with controversy, including a civil war.

While no one may disagree with the above assertion, there is certainly major disagreement on how the Federal government is to achieve this end. Conservatives and Liberals have distinctly different ideas on how the government can assist Americans in achieving the American Dream and both sides cite the Declaration of Independence and U.S. Constitution as their source of inspiration.

Nevertheless, to understand what role the government must play, you need to understand the results needed to achieve Economic Equality, Economic Mobility, and Social Equality; in other words, what national environment must be in place for the American Dream to flourish. Without being proscriptive as to how to achieve these goals, it makes since to me the federal government would need to:

As you move along the political spectrum, you hear different prescriptions for what the federal government needs to do to provide this environment. In fact, both Conservatives and Moderates have each had a chance to try out their versions of the American Dream; over 140 years for the Conservatives and around 50 years for moderates/Liberals.

From President Thomas Jefferson in 1801, a fiscal Conservative and social moderate who firmly believed in a Tea Party-style of limited government, to President Herbert Hoover in 1933, also a strong fiscal Conservative and social moderate, America, with one short period from 1901 to 1913, was operating under varying degrees of fiscal Conservatism. The Austrian School of economics was the economic model of the time and the only real fight between parties of any substance was whether to 1) have a one or two metal standard to which the dollar was pegged, 2) whether to have high or low tariffs, and 3) whether to have a central bank or not.

(As to the third point, until 1913, when the Federal Reserve was permanently established, America only had two central banks, one from 1791 - 1811, and again in 1816 - 1836. In both cases, these central banks were set-up to solve immediate crises. In the first case, the central bank was supported by George Washington, John Adams, and Alexander Hamilton while being opposed by Thomas Jefferson and James Madison. The second central bank, sort of like President Bush's TARP, was a creature of necessity forced on a President, James Madison, who was philosophically opposed, to prevent economic collapse.)

On the Moderate to Liberal side, we have the period of Keynesian economics from Franklin Roosevelt in 1933, a fiscal moderate/conservative and social liberal, through President Jimmy Carter in 1980, a fiscal moderate and social liberal. After that, American started moving back toward the Austrian school culminating in a near abandonment of Keynesian economics in 2001 which lasted until the Great Recession of 2008.

It will be the challenge of the next set of hubs in this American Dream series to examine each of these economic periods in light of the criteria we have set out for ourselves to see whether the Conservative view on how to achieve the American Dream was more successful than the Moderate to Liberal version. 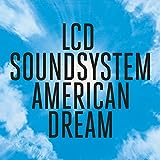