Dark Side of Cancel Culture

Cancel culture is the social movement in which people's pasts are brought out to the public in order for them to be mocked and ridiculed. At first, the early days of cancel culture provided some closure for the victims that were affected by these individuals, Examples are people like Harvey Weinstein and our once beloved figure Bill Cosby. Sadly it now has evolved into a flimsy twitter hashtag used to bully people who have a different opinion than the mass. A good example would be the canceling of Kevin Hart and his removal from hosting the Oscars, due to some jokes he said in the past from a certain skit he did.

Some of you may be wondering, but its just a joke why would a comedian be canceled for doing his job and losing a once in a lifetime opportunity. The joke was poking at fun at how he would go wild if his son ever came out gay and that angered the LGBTQ community. They forced him to tweet out an apology and withdraw from being the host of the Oscars. The odd part to all of this that it was an only small minority of people on twitter that voiced their disapproval, mind you the skit was nearly a decade old and this is a perfect segue into why cancel culture does not allow for the growth of a human being and puts these celebrities on a pedestal expecting that they can do no wrong or make mistakes.

Cancel culture does not care if you are a changed human being or not, the only time cancel culture pops out its head is when a certain person is achieving a certain amount of success, that's when they feel the need to go back to years of videos and tweets just to prove something.

In my opinion, it is evil and disgusting how they don't give people a second chance due to one tweet they made in the past or one video that was uploaded. There is also a certain bias to cancel culture, it does not go after or affect the job positions of the left-wing party. Justin Trudeau the Canadian prime minister of the liberal party since 2013, was outed for past photos of him in brown face at a 2001 Arabian night party. Social media jumped at this opportunity but the effects of his "canceling" were short-lived and shortly forgotten, due to the fact he got re-elected and it seems as if everyone has forgotten about what he did which should have been irredeemable due to cancel culture standards. There are many other cases of this it isn't just a singular incident people like Oprah, who was good friends with people like Harvey Weinstein they say she knew about all the sexual acts he did but chose not to speak on it. It was brought out but just like Justin Trudeau was pushed aside and they were back to being loved by the general mass.

Hana Kimura and the star of a Netflix series called "Terrace House: Tokyo", due to an altercation with a male member on the cast of the show, and the jumped at her with intense cyberbullying and hate it got to the point at which she took her own life. This is utterly disgusting due to the fact they didn't wait for the context of what happened and instead bombarded this poor woman. The context behind it was that she slapped a male star on the show due to the fact the male star dried her gear with his clothes and ruined it. Something so trivial that should have been looked over was taken seriously and an Onslaught of allegations and cyberbullying drove her to suicide.

The last one I will be talking is about Alec Holowka who was an indie video game developer who committed suicide on August 31, 2019, after being accused of physical and emotional abuse by Zoe Quinn. She knew well about Alec's suicidal past but still prompted to out him on twitter for ridicule and then he chose to take his own life without ever given the chance to tell his side of the story.

What I am trying to show with this article is the effects of cancel culture and what it can do to a person. I ask you this question "Are people not allowed to recover from past mistakes?". I made this article to shed light on this topic and not to be quick to judge anyone on past mistakes but to look them as a human beings with the ability to grow and change. That is my message and the reasoning as to why cancel culture should be abolished or at least be used in only certain circumstances, with appropriate evidence first. Thank you for reading my article!

Should Cancel Culture be abolished? 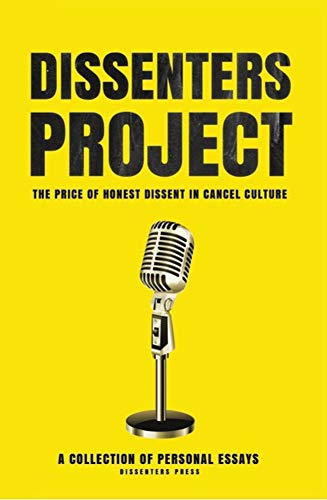