Should we all start learning Chinese? The increase of Chinese immersion schools and books on China’s ascendance vis-à-vis the decline of America suggest we should. Three recent titles on Chinese economics in this growing mini-genre exemplify this: Eclipse: Living in the Shadow of China’s Economic Dominance by Arvind Subramanian, Red Alert: How China’s Growing Prosperity Threatens the American Way of Life by Stephen Leeb, and In the Jaws of the Dragon: America’s Fate under Chinese Hegemony by Eamonn Fingleton.

These volumes remind me of a book I bought almost twenty-five years ago, the best-selling The Great Depression of 1990 by Ravi Batra just a year or so before this fateful event. Not to allow the world to go unprepared for the calamity, Professor Batra authored another bestseller, Surviving the Great Depression of 1990. Fortunately for all of us, professor Batra managed to sell enough books that he single-handedly prevented world-wide economic collapse.

Is the Trend your Friend?

Economic prediction is a tough job – everyone would like some insight into the future, but the gloom and doom mongers always seem to garner the most attention. Pollyannaism is too dull. What is most surprising about these forecasts is that, whether the focus of the book is ideological as is Fingleton’s In the Jaws of the Dragon, economic as is Subramanian’s Eclipse or simply bizarre fear-mongering (Red Alert by Leeb), they all base their predictions on little more than dressed-up regression analysis. That is, they all share the view that China’s past 20 to 30 years of steadily accelerating growth ensures the future will follow the trend. I imagined that the recent end of decades of rising housing prices would serve as a cautionary tale for this type of predication. 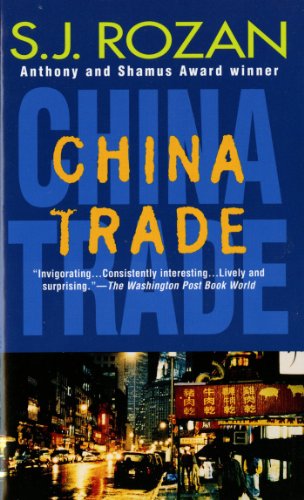 These and other forecasters typically fall back on a handful of China’s real or imagined strengths: a nearly inexhaustible supply of cheap labor, the enormous trade surplus with the U.S., a high personal savings rate, and a harder-working and more subordinate workforce. It is the inexhaustible supply of labor that I believe needs the most scrutiny. China’s nearly double-digit average growth for the past decade owes much to this inexpensive labor pool, perhaps too much.

The Chinese Economy: A One Trick Dragon?

China’s rapid industrialization has transformed it from a rural agricultural economy to the world’s number one manufacturer. The Great Leap Forward of the late 1950’s and early 1960’s had a similar goal, but it was tragically too optimistic in its targets and too soon in the country’s technological development. The shift of resources from agricultural to industrial purposes left millions starving. Years later, after solving these mistakes and meeting most of the people’s basic needs, China again focused on building infrastructure. Millions of peasants streamed into cities to work in factories. A more efficient and technologically advanced China was able to diversify and create exports of greater value. No longer limited to textiles and tennis shoes, it now manufactures cell phones and Ipods. This emphasis on manufactured goods has left the economy’s growth engine with a wide band of diversity, but in one sector -- labor-intensive manufacturing.

Despite one-fifth the world’s population, China has less than one-tenth of the arable land. Soil erosion and development threaten what remains of that. The furious rate of infrastructure development has outstripped its current raw material production, thus the nation is now a net importer of food, energy, and minerals. To make matters worse, many of China’s top export customers, especially Europe and the United States, are running out of money. Just as the American economy seems to be on the mend, Europe’s troubles appear to be worsening. Figures from the US-China Business Council demonstrate the astronomical rise of imports in the past decade. Total 2010 U.S. imports were only $2.3 trillion of which roughly $500 billion was petroleum. Without energy, agricultural or much raw material Chinese imports, it’s hard to imagine how that trend line will continue. Chinese policymakers are pushing hard to increase domestic consumption to offset diminishing American and European market growth.

The massive personal savings and government stockpile of U.S. debt would seem to allay doubts about the strength of the Chinese economy, but there is a flipside to both of these apparent strengths. Any unleashing of personal savings would trigger domestic inflation, which is already a concern. Similarly, getting out of the U.S. Treasuries business is potentially disastrous. A sell-off would devalue whatever portion not sold of the $1.1 trillion currently held. No economy could casually take a few percentage haircut on that 12-digit number. Besides, the Chinese government’s policy of purchasing Treasuries helped build their economy – U.S. interest rates were kept low and the dollar strengthened. They have no incentive to jeopardize that growth.

The world’s most populous nation will undoubtedly be an economic superpower, but that day is not just around the corner. The white-hot growth of the past decade can’t continue, and internal problems may make that a bumpy road. Their great trade partners simply cannot continue to absorb more. Despite the minting of droves of new millionaires, the country’s per capita income remains below the world average. Heavy pollution, rampant corruption, and local government debt pose other challenges. I love foreign languages and would never discourage someone from studying any language, but I don’t expect Chinese to be the world’s lingua franca for any generation soon.