The Felon Who Opened a Gun Store - Ohio Gun Control

Some weird stories come out of reports on gun control lapses in my state and one case is particularly perplexing.

In the late 1990s, an incident connected with gun control laws occurred just west of Central Ohio in a small strip shopping center. The business complex included two children's dance studios, a photographer, an exercise studio, a sewing and crafts shop, a pizza shop, a unit that was much like a FedEx-Kinko's and a storefront that no business could fill for longer than a few weeks.

The empty storefront was right in the middle of the shopping center. It had been a well liked bakery for many years and after the couple who owned it retired, no business lasted very long in the space. A number of businsses moved in and moved out in a metter of a few weks or two months.

One of the tries was a very good Mexican retaurant that could not seem to hire any staff that would stay onboard. A few other attempts neveer actually opened for business. A donut maker moved in and delivered his wares early in the monring on a bicycle every day, but that shop was gone after a couple of months.

The owner of tattoo parlors elsewhere decided that the empty shop would be a good place in town to start another branch of his business. However,the town council would not approve his application for a business permit.

Council members felt that a tattoo shop, which would have included arcade games for entertainment, was a bad thing to have across the street in two directions from elementary schools and a middle school. Council people also worried about the children already engaged in activities in the shopping center, feeling that the youth would wander into the shop and get into some sort of trouble or another.

After the tattoo shop was turned down, a firearms store was OK'd by the town council. Surely firearms would be more dangerous to the nearby children than tattoos and arcade games, thought residents. Another objection by residents in the area is that the gun shop would be located just yards away from three taverns across the street in a second strip mall. This sounded like a big accident waiting to happen.

However, the reasoning by the town council was that many people in the community were hunters and many children went hunting with their dads. Guns were OK.

The gun store opened under the name Gun Store, and did a moderate business, selling handguns, rifles, and ammunition. It was a quiet store and there was no trouble surrounding its operations.

One evening while a group of my friends and I were watching television in a pizza shop across the street, we saw Breaking News. It was about the gun store just yards away from us.

Earlier in the day, the male owner of the gun store had locked himself into his shop and called the police, threatening to commit suicide by using his own firearms.

The news reporters continued, stating that the store owner was an ex-felon, which would preclude him owning any firearms at all, especially a lot of firearms and ammunition to sell in a store. The gentleman suffered from some untreated mental health condtions as well, which would also probably preclude gun ownership. However, the felony record was enough of a preventive measure, had anyone in authority learned about it. 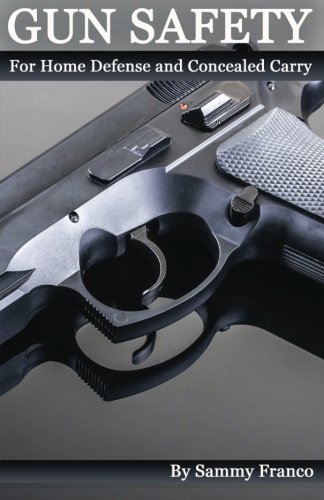 It had taken several hours for the police and the local sheriff's department to talk the man out of his store safely, whereupon they took him away to receive an evaluation and some professional help. We who were watching the telecast were stunned.

How did the gentleman obtain permission for permits to sell guns? Apparently, he had no permits and he picked up gun purchases at gun shows where he did not need to have background checks completed. Where was the man's parole officer, by the way? Couldn't that man or woman have helped to prevent this occurrence? A lot of questions went unanswered.

Does gun control work? Certainly not when backgoround checks are not performed at all, as in this case. Can it work at all? Opinions vary and discussions about it become very heated.

What do you think about guns around children?

The gun store mentioned above is not the first problem among gun owners and sellers in Central Ohio. In the late 1980s, a karate school west of The Ohio State University Campus was investigated on a tip by authorites, who found recreational drugs and firearms in the safe just feet away from a class full of elementary school children.

At the same time in a western state, certain businesses operate martial arts classes on one side of the building and a gun shop on the other - no recreatonal drugs, though. Culture and customs concerning handguns and rifles seem to differ by national region.

Gun control in America is a hotly debated issue and all sides of the debate have deeply held reasons pro and con. Eliminating firearms in a country that was founded by explorers who carried firearms and passed that tradition through successive generations is a difficult concept and even a more difficult a task. Ensuring the elimination of nuclear armaments worldwide may prove easier.

Still, a procedure of safeguards for ensuring that individuals who are not legally permitted to own or operate a gun need to be in place to prevent the gun shop incident described at the beginning of this Hub.