In the photo above, the yellow structures are foundations of pyramids of sulfur, stockpiled because costs to sell it are too steep. In the rear is the discard dump pond, held at bay by the largest dam in the world.

A Question Of Alberta Tar Sands

A question was asked by HubPages member dellea: "What is Alberta Secessionism?"

What we find is response is a large political movement in Canada and a plan for some provinces to move out of the Confederation.

Some Americans do not like the prospect of bringing tar sands from Alberta to the United States with their chemical dangers and some Canadians don't like the diseases caused by their own tar sands. 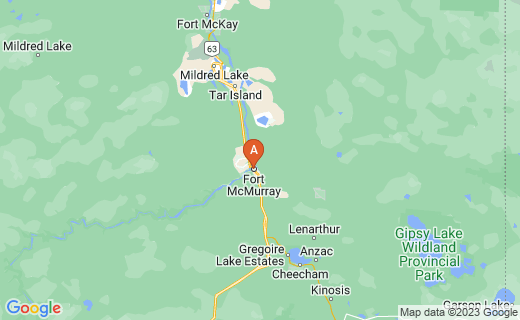 Americans might be stunned to know the number of Canadian Provinces that have threatened secession from the Confederation.

A portion of Americans might be stunned to know the number of Canadian Provinces that have threatened secession from the Confederation.

In traveling to Canada, I have heard about this situation applying to Alberta, British Columbia, Manitoba, Saskatchewan, and Quebec

We in the US are accustomed to Texans protesting and speaking of their own leaving in the future, but not to Canadians planning such a move.

A movement known as Free Alberta promotes the idea that the province should stop the Canadian Federal Government from using Alberta coal tar sand revenues to prop up other provinces via redistribution of wealth.

A Free Alberta website maintains that Canada added the province to the confederation in order for the federal government to exploit its resources, found few, but came back later to exploit the massive tar sands deposits that cover one third of Alberta (see map below). Further, the site insists that the people of Alberta were disrespected and the province not given control of its own resources until 1930; however, revenues from tar sands were taken by the feds.

A calculator on the website continually updates the amount that the movement feels that the leadership at the national capital in Ottawa has stolen from Alberta revenues. At my last check, the total was increasing by $1,000 Canadian very second or $60,000 Canadian every minute.

Canadians living in Alberta might be able to tell us if all this is true.

Alberta Is About 1/3 Oil Sands

Alberta is far from the national capital in Ontario. 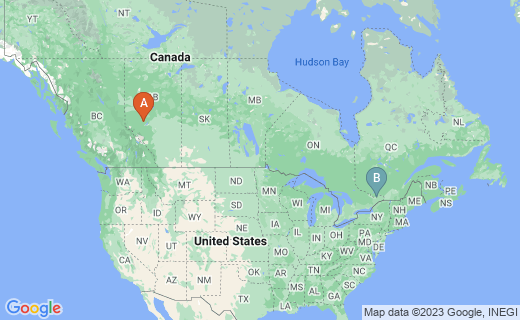 B
Ottawa: Capital of Canada:
Ottawa, ON, Canada

"How cowboys and Indians could defeat Keystone XL"

Alberta Tar Sands and the USA

Short-lived rumors of Alberta joining the United States as a territory and future 51st State will probably not see these events take place.

A primary obstacle in Alberta joining the USA is economic: the growing protest over importing Alberta tar sands via the unfinished Keystone XL Pipeline leg that would transport the material from Alberta all the way down to Texas refineries and bring back processed oil. The line may not be built. Blockades against construction by South Dakota Native Americans and some Nebraska citizens have obstructed the building plan, as have large numbers of other protestors in America.

Legislative processes to OK the completion of the pipeline bogged down and stopped. The reasons for protest are important. Plenty of evidence shows that tar sands in the Cancer Corridor of Alberta and their refinery processes severely sicken people who live near them. In addition, the SD governor waived the required fees for Canadian trucks to bring in the building materials and transport them across a Native American Indian Reservation, without notice of transport to the tribe.

Another reason for protest is that North Dakota Native Americans own vast oil fields in the Bakken Region, have been federally approved for hundreds of additional oil wells, and have plenty of oil to refine already, without the problems of the health and industrial maintenance that tar sands entering our country cause. Plenty of jobs have been created by the Native American and other oil fields of North Dakota to the extent of a giant boom in economy.

Further, oil and gas in additional huge oil fields are extracted to the west of Bakken in the Williston Region. The question put by some protestors is, "How much oil does Texas really need to refine in order to be economically satisfied?"

Thus, at least three reasons protestors hold against bringing the tar sands into USA are sickness and death, disrespect and possible damage to Native American and other properties, and alleged Texas gluttony.

Suppose that both Alberta and Texas secede from their respective countries --

Alberta might come under US federal control as a territory and Texas might be unable to use the north-south Keystone XL Pipeline, at least without paying hefty fees to the federal government that it just left. As is already being accomplished, additional trucks could transport tar sands and oil in place of a pipeline. However, the trucks might encounter additional blockades and protests.

The tar sands of Alberta are deposited on the lands of the Cree Nation, a group of over 200,000 individuals in Canada.

These Alberta Cree people are largely the Plains Cree, with about 20 gasoline stations on Northern Alberta native lands. Would income from this source be interrupted, if Alberta left the Confederation?

I am editing a book about the forced relation of Western Native North Americans who were pushed westward and then northward into Alberta and Saskatchewan by white expansion. The bloodshed was unnecessary and ghastly, while many died of smallpox and other diseases as settlers arrived.

Today, many Cree lands were leased to oil companies without due process and without the Canadian Federal Government contacting the Cree about this. One example is the Beaver Creek Cree, who lost 84% of their land in this manner (see www.thetarsandstrial.ca/). Alberta has 45 other native reservations. On how many others did this happen?

A possibility exists that in much of Alberta, the tar sands actually belong to the First Nations and Alberta as a province has no right to them. If that is reality and the Cree press the matter legally, then the province would have no money after leaving Canada (tar sands being the largest revenue producer) and would have no legal access to the tar sands. Secession might become pointless.

Texas and Alberta Are Similar

Material posted on the Free Alberta website shows grievances that are similar in content to those advocating States Rights in the USA, including Texas. Some of these complaints center in the following topics:

The Province of Alberta and its people, through the Free Alberta website, point out some legitimate complaints concerning unfair taxation and business obstructions. Many of the complaints seem unable to be remedied through government/legal channels.

A big problem seems to be the confiscation of Cree lands without legal due process for Big Oil leases. The province may feel that it will secede and take over the tar sands itself without due process. Free Alberta dies not address this. The Cree need to be paid via a legal agreement or left alone.

If America prohibits the completion of the Keystone XL Pipeline, then Alberta tar sands will not be traveling to Texas by pipeline, anyway. Truck shipments might be obstructed.

Alberta and Texas have some similarities, yet I think neither will secede from their countries, although some Native North Americans in the USA already have done so (see Lakota Nation).