Peter the Great and Catherine the Great both had the intention of helping Russia, but Catherine was more successful in impacting its emergence as a European culture and power. While Peter did wonderful things for the nobility of Russia, most of his reforms either didn’t help, or actually hurt, the serfs and peasants. Peter himself was quite intelligent and educated, and he desired his people to be the same. However, he apparently believed that the European ways were superior to the Russian ways, and that showed in his reforms. He enforced Western dress and art, introduced conscription into the military, started technical schools, made the church answerable to him, and more. He also reformed the government, dividing Russian into provinces and establishing government departments. He decided to move the capital to St. Petersburg – something accomplished only through incredible costs of both materials and workers – due to a serious dislike of Moscow. (The dislike is understandable as he saw his family and friends killed in Moscow while he was only ten years old and recently made tsar.) While Russia’s power grew and they advanced themselves, they only did it as followers, not leaders.

Catherine the Great came to power after her husband, Peter III, a grandson of Peter the Great, was removed from power. She had a little something to do with it, and within a week of her taking power, he was dead. She was a wonderful diplomat, and greatly increased the size and strength of Russia. Her leadership was successful, and under her international trade grew and the country expanded its influence in European affairs. She was able to complete many of the reforms that Peter the Great could not, but for all her successes, she had the same failing as he did – she did not treat the serfs as humans. Catherine was wonderful at dealing with foreign policy, which is why Russia was able to become a power, but horrible at dealing with problems at home, which explains why Russia’s peasants were in a distressing state at the end of her reign. 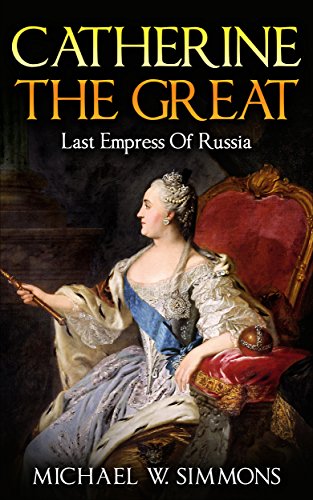