The Insidious Side of the Nice Girl

She's Such a Nice Girl, How Sweeeeet

The Dark Side of the Nice Girl

Being the Nice Girl-Was It Good?

Next Chapter, the Nice Girl in Later Life

All Is Not Alright, Virginia!

There was an old nursery rhyme about a little girl with a curl in the center of her head. The saying goes that when she was good, she was extremely good but when she was bad, she was horrid. Yes, Virginia, there is an underlying negative subconscious to the nice or good girl but they do not "know" it.

The nice or good girl has been praised by society and traditional religions since time immemorial. Girls were inundated to be good and not to threatening to their parents, teachers, and other authority figures. Girls are, in fact, rewarded for being nice. Society considered the nice/good/virtuous girl is being approximate to being godlike and spiritual. These girls are seen as giving no trouble and are placid.

The typical societal estimation of the nice and good girl is being unassuming, fitting into the background, and being the everygirl. The nice girl is also unselfish, placing herself last and everyone first. The nice girl often does not believe in voicing her needs and asserting her individuality. She does what she is told and is not as what my grandaunt used to say hardheaded and stubborn.

There is a woman that I knew. She was smart and a highly placed professional. Although she was smarter than her superiors, she was hesitant in applying for promotions. Her superiors also had her perform their work for her which she willingly did. She relayed to me that one of the top executives of the firm approached her with a promotional opportunity as that particular superior was judged to be inept and about to be demoted or terminated. This woman replied that she could not possibly take the position because where would that superior go. She did not take the promotion but continued to plod along in a subordinate position although she was extremely qualified to be in higher positions.

In her familial situation, she gave monies to her siblings although they were extremely capable of taking care of and supporting themselves. When friends reproached her for this, she replied that her siblings "did not" have the "opportunities" that she had. She added that it would be "selfish" not to help her siblings. However, her siblings did not appreciate this and they came to expect her to bail them out and help them live a more affluent lifestyle.

One day, she broke down and complained that no one appreciated her and people always viewed her as a target to be taken advantage off. Even her neighbors see her as someone to be taken advantage off i.e. they assign her to be the secretary at meetings and often leave the major decisions to her. This woman is a prototypical nice/good girl who is afraid to say no for fear of "hurting people's feelings." This woman wants to be liked. However, she is paying a high, horrific price for this.

Many nice/good girls assume the role of martyr. They have a sadomasochistic pleasure in being needed by people and being the everyperson although it uses their energy. These are the types of people who stay in less than satisfying jobs, marriages, and in life situations. They elect to not better their situation, citing that "there is nothing that they can do". However, inwardly, they are screaming and become very bitter in time. Even though people publicly praise martyrs, subconsciously they have little respect for them as people. Martyrs always want praise and appreciation for their long suffering antics and become highly incensed when the favor is not returned.

Many nice/good girls suffer physical and emotional stress as a result of doing everything for people and being people pleasers. My friend also physical stress because she was always doing things for everyone but neglecting herself. She developed a rash on her entire body and had to be hospitalized for two weeks until the rash subsided. Even though she was released from the hospital, her health and well being was never the same again. She has now learned to establish her boundaries and limits with people.

These mothers are also very perfectionistic, becoming very risk aversive. They inundate their children, especially daughters, to be the same way. My friend, for example, is very perfectionistic and is extremely self-critical when she makes a mistake. She is also critical of her daughter when she makes a mistake. She also does not let her daughter forget the "mistakes" she makes and continuously harp on it. Her daughter has subsequently become more rebellious and estranged from her. My friend has no contact with her daughter and "wonders" why as she was such a "good" mother.

Nice/good girls as mothers often have contentious relationships with their daughters, especially if their daughters have a more assertive and independent personality than they have. The period of adolescence and young adulthood is a particularly perilous time for the nice/good girl/mother. She figured that she was a nice/good girl and cannot fathom why her daughter cannot be the same. A good case in point was the contentious relationships between the late Princess Grace of Monaco and her two daughters, Princesses Caroline and Stephanie.

In biographical books, it was stated that Princess Grace was a nice/good girl who dutifully obeyed her parents; however, her daughters elected to assert their strong independent and individualistic personalities. Princess Grace often remarked that she did not understand the personalities of her daughters and wondered why they acted that way. Princess Grace further remarked that she should have beaten Stephanie with a gong in order to make her "more obedient". Many nice/good girl/mothers refuse to view their children, especially daughters, as independent persons in their own right but as extensions of them. The nice/good girl/mother is often a girl emotionally and views her daugher's burgeoning adolescence and womanhood as an affront to her.

Many nice/good girls in late adulthood and old age develop a needy personality. They believe that people should reciprocate them for the things they have done. They maintained in that way they feel loved and wanted. Nice/good girls in late adulthood and old age are often afraid to create a new life for themselves and continue to play the old nice/good girl role much to their and everyone's detriment. They prefer to live vicariously through people and become alarmed if people wish to live their own separate lives.

In summation, the nice/good girl is deified and glorified in this society. She is viewed as being an everygirl and as nonthreatening. She is exhorted as an ideal feminine example for all to follow. However, being a nice/good girl comes with a horrific price. Because nice/good girls sublimate their more assertive, aggressive, and independent side, she develops often negative coping survival mechanisms.

Many nice/good girls became critical and carping in addition to using guilt and innuendo to get people to do their bidding. Others became perfectionistic, believing that nothing and no one is ever good enough for them. Many more have their health and well being impaired because of their inability to say no and establish boundaries.

Inwardly, the nice/good girl is not a happy and authentic person. She has not learned the art of asking for what she wants and outwardly and truthfully expressing her anger. She, in turn, expressed her anger in a covert way, making the people around them miserable and anxious. Nice/good girls become more needy as they become older, often wishing to be reciprocated for the work they have done and to live vicariously through their loved ones. They believe that since they were "unselfish", people would love to be around them. However, they become highly indignant and incensed when the "favor" is not returned. 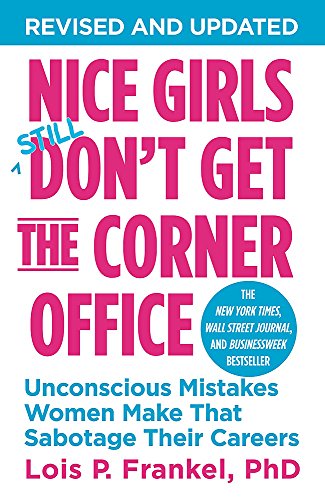