The Night My Brother Was Murdered

How I felt receiving the news

It was 2:30 a.m. of October 13, 2010 when my cellphone broke the silence of the wee hours. I was in a deep sleep. The first time I heard the tone, I thought it was just a dream. Then another tone. I felt a thud in my heart and thought it must be of importance so I reached for my cellphone, with eyes half-shut I scanned the message. I was blankly staring at my unit because the words did not seem right. Must be some kind of a joke, a very bad joke I pondered. I sat beside the bed and looked at the messages. The first one was saying our youngest brother was murdered, dead on the spot! The second one bears the same message with the name of my younger sister as sender. I still could not grasp what I just read so I replied with a question when did it happen? Said she, "Last night around 11 p.m. just meters away from home." (My kin lives in the province, across the seas).

The first thing I thought of was my mother, how she could face that horrible event and unbearable loss. We had dealt with deaths of family members through natural causes but this one was very unacceptable, very inconvenient to face. The news was still vague to me. I could have placed calls but my phones were all prohibited to do so. I could only send text messages that time to gather more details. I still felt nothing... and wished that I was just... dreaming.

But I was fully awake because I could not go back to sleep. How would I? Would you rather? I kept on sending messages to my sisters to confirm everything until dawn. We only stopped when time came for them to sleep to recover their strength to face a sorrowful day and for me to prepare meals for my family. It was Tuesday and the children had classes while my hubby had to work. I was haggard, they noticed. And with shivering voice, I relayed the news. They were saddened by the fact but life must go on...

When all of them left for their destinations and I was all alone in our house, the tragic event started to shrink in. I squat on the floor beside our bed and before I knew it, the pain caused me not just teardrops but sobs. Jade was gone, so young, so full of life. He was gone not because of illness, not because of an accident, but due to the savaged killing of eight men who were probably high on drugs, who despite gun ban orders those days had concealed deadly weapons which they used to slaughter my brother! Yes, he was slaughtered, for whatever motive the perpetrators too could not determine. Two of them surrendered and the others took off with the help of their folks. My youngest brother was gone, just like that. Notwithstanding the anguish, the pain, and the sorrow that dwells within our hearts, we had to be strong...to accept his demise.

The Cause of Death

According to the Medico Legal Report MLS-197-2010, cause of death is shock and hemorrhage, inthrathoracic, intraabdominal due to multiple stab, incised and lacerated wounds of the different parts of the body. From his head, chest, arms, down to his thighs, all I could read were stab wounds, incised wounds, lacerated wounds, hematoma and contusion. Contusion due to a large stone used to struck his head and broke his skull. The stone rest nearby his body when the police arrived. Jade's face was beyond recognition. His body was full of wounds that he bathed with his own blood when my other brother found him on the scene of the crime. A horrible scene for him that caused him so much pain he could barely sleep for months. And we choose to remember Jade this way, at age 25, full of life, full of dreams.

I was not able to go home, my siblings do understand my situation. All I could do was wait for calls and text messages on updates during the wake. Several days passed when my younger sister who broke the news told me a story which science could not explain: that on the night before Jade was killed, around nine o'clock she saw him from the sala heading to the bathroom in a very fast pace. Strange indeed for on that very moment, he was not at home. He left earlier with his friends to attend a birthday celebration. Perplexed as my sister was, she waited for Jade in the sala but hours passed and she did not see him again. She was awake, she reiterated. And when she heard what happened, she felt guilty. She told me she could have prevented it had she insisted on Jade not to leave at four o'clock in the afternoon. But no one really knows when we had to face our final destiny, I said. How it happens is just an excuse.

On the day Jade was laid to his final resting place, lots of tears were shed by the people who loved him-our mother, his siblings, his nieces and nephews, his friends, and his fiancée. My part on that day was to monitor what was going on through text messages and to pray for his soul, that despite what happened to him, he be at peace. Jade was finally laid to rest but his case would never cease until the day the murderers would be sentenced to death. Not just the two detained but the rest who flee. They may have escaped their crime for now but time would come for them to be judged. Justice is never blind, it is blind-folded not to take sides. 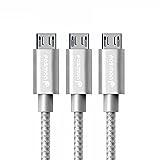