The Origins of Probation in the United States

Probation is a court ordered sanction. The goal being to retain some control over the offenders while allowing them to remain in the community. The concept of probation has its origins in England. After centuries of rigid and harsh punishment for the commitment of crimes, the English courts sought a way to grant leniency to less serious offenders. The idea of judicial reprieve, the practice under English common law whereby a judge could suspend the imposition or execution of a sentence on condition of good behavior on the part of the offender, became common. Judicial reprieve required the offender to maintain this good behavior for a specified period of time. If he was successful, he could apply to the Crown for a pardon.

In the United States the judicial reprieve from England started manifesting itself in 1830 when Boston Municipal Court Judge Peter Oxenbridge originated the practice of recognizance.Recognizance is a formally recorded obligation to perform some act entered by a judge to permit an offender to live in the community. The sentencing of Jerusha Chase upon her own recognizance began the idea of an offender staying within the community. If good behavior was maintained, no incarceration would occur. Just a few years later, recognizance also required paying a sum of money to the court, which was lost if the person did not maintain satisfactory behavior.

Some people became interested in helping the recent offenders who were released on their own recognizance. Their motivation was the hope of rehabilitation of the offender. These humanitarian individuals were not affiliated with the courts, but did lay the groundwork for probation, which requires supervision, as we know it.

John Augustus, one of the first volunteers, is known as the first probation officer. He was born in 1785 in Massachusetts and was a prosperous boot maker. After joining the Washington Total Abstinence Society in 1841, he became interested in trying to reform drunkards. This led to his work helping defendants in court cases. Augustus interceded on behalf of a common drunkard that same year during court proceedings in Boston. Believing the man could be redeemed, he posted his bail (an amount of money, specified by a judge, to be posted as a condition for pretrial release to ensure the appearance of the accused in court), and with the court’s permission Augustus became the man’s advisor and guardian. Sentencing was to take place in three weeks time. Probation, which in Latin means period of proving, was a success. The man remained sober, was clean and was becoming industrious. The court only imposed a fine of one cent and court costs. Augustus continued his work for 18 years and only reported 10 absconders out of 2,000 cases. His dedication led to his housing the offenders in his own home and acting as a bondsman to the amount of almost $20,000.

During his groundbreaking work in probations, Augustus instigated many practices that are still in effect. He would thoroughly investigate any person before agreeing to intercede on his behalf. He kept careful records during his supervisory periods so they could be presented in court at the time of sentencing. He would help find employment and housing for the defendant and offer recommendations to the court which were usually accepted. 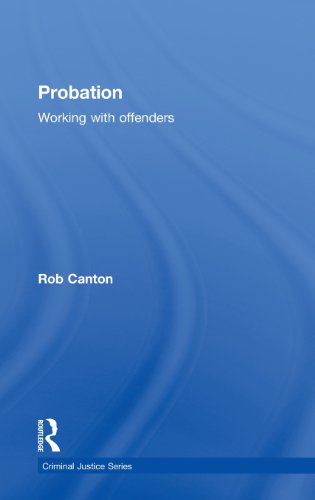