The True Story Of The Texas Chainsaw Massacre

I was very disturbed when i first saw The Texas Chainsaw Massacre film, not because of the film itself, but because it was apparently based on a true story.

The thought of a big guy like that chasing after teenagers with a chainsaw, and his deranged family sat eating parts of the human anatomy served up in a stew as if it was a normal everyday family meal, was quite surreal.

Despite what certain people say, these films are based VERY loosely on true life Murderer Ed Gein. There have been a few fictional characters based on Gein, including Buffalo Bill in Silence of the Lambs, Norman Bates in Psycho, and more famously Leather face in The Texas Chainsaw Massacre. So what was the true story of this disturbed and dangerous man?

Edward Theodore Gein was born in Madison, Wisconsin on the 27Th August 1906, he lived with his Mother and Father Augusta and George, and his brother Henry George Gein.

His Mother Augusta didn't like outsiders to influence her son's, and so they were only allowed to School, and the rest of their time was spent helping out round the Family farm.

Augusta abused her children, and preached to them on a daily basis about the immortality of the world they lived in, the evil of alcohol, and her belief that all woman were prostitutes and instruments of the Devil. Every day after dinner she would recite graphic testaments from the Bible, dealing with Death, Murder and divine retribution.

Throughout his childhood, Gein only had his family for company, and was often bullied at school. He tried constantly to make his Mother happy, but her son's rarely pleased her, making him feel like a failure.

Edward Gein's father died of a heart attack in 1940, and Edward along with his Brother Henry, began to do odd jobs around where they lived, such as handy work and babysitting.

Both Brother's were considered reliable and honest by their neighbours. but by this time Henry had started disagreeing with his Mother's views on the world, and started to talk bad about her to Edward.

In 1944 a bush fire burned close to the Family Farm, and the Gein Brothers set out to extinguish it. The Brother's got separated, and Edward lost sight of Henry.

When the fire was put out, Edward told the police that his Brother was missing and when a search party was organised, Edward Gein led them straight to Henry's body. The police initially had concerns about the circumstances of Henry's death. For one the land where his brother lay was untouched by fire and he also had bruises on his head, but despite this, the police dismissed the possibility of foul play.

After his Brother's death, Edward lived alone with his Mother until she died in 1945 following a series of strokes. Edward nailed his mother's bedroom door shut after her death and it stayed that way as a shrine. It actually ended up being the only normal room in the house of horrors.

Have you watched the Texas Chainsaw Massacre movie?

The Horrific Scene Discovered by Police

The previous evening Edward Gein had been in the hardware store and Bernice's son had heard him say he would return in the morning for some anti freeze, a receipt wrote for a gallon of anti freeze was the last receipt wrote by Bernice Worden before she disappeared.

The Police went to search Edward's property, and found Bernice's decapitated body hung upside down in his shed, they said she was dressed out like that of a deer, and had been shot with a 22 Calibre Riffle, and then mutilated after her death.

Upon searching the isolated farmhouse, they found garments crafted from human skin such as a waistcoat, and a belt made out of nipples, he also had a flayed torso with slits up either side so he could wear it as a breast and back plate. Edward said he used to prance around the yard in a state of excitement, draped with the face, hair, breasts etc. of his human trophies.

The home interior décor was equally as bizarre, in Edwards room he had lampshades and bins made from human skin, and bowls made from human skullcaps. He decorated his home with scatter masks which was the skin stripped from faces, he had a display of skulls stood on his bedposts, and upholstered chairs that were backed with human skin still had fat visible on the underside. When Police found a stash of nine vulva's in a shoebox, Edward said

"I find a splash of salt dries them out quite nicely"

Edward Gein was a loner with very few social outlets. When the Police arrested him, he spent many hours discussing his Mother.

Gein said his Mother was 'good in every way.' Edward went on to tell the Police how his Mother kept in touch with him after she died, he said she used to chat away to him while he went to sleep at night.

Gein also told the Police that it was during this period that he became fascinated with anatomy, he said he was impressed with reports of Christine Jorgensen's sex change operation, and even toyed with the idea of becoming a woman himself. Along with another local weirdo called Gus, they started grave robbing to provide material for his medical experiments.

Although Edward Gein admitted to two murders, but was only ever tried for one, (Bernice Worden) psychologists were quick to point out that both woman he admitted to murdering bore a strong resemblance to his Mother, and in addition to the two woman's murders, his Brother also had died in suspicious circumstances, leaving Edward sole heir to his Mothers estate.

Also a man called Travis disappeared after Edward had offered to take him hunting, and two local girls also vanished.

The Death of Edward Gein

"I can't see how my opinion can be anything other than to find the defendant insane."

Edward Gein's house was burned to the ground in 1958 after rumours that it would become a tourist attraction.

Gein's ford pickup that he used to carry the bodies to his house, was sold at auction for $760, and the vehicle went straight in to harness at local fairs, with a sign that read 'It's here, see the car that hauled the dead from their graves.'

Edward Gein died of heart failure on 26th July 1984, he was also suffering with Cancer. He died in the psychiatric ward where he was apparently the model patient. Ironically the only available plot for him to be buried was next to his Mothers grave in Plainfield.

The Doctors at the psychiatric ward described Ed Gein as a 'nice, harmless little man.'

Nice and harmless are not words I would personal use to describe Ed Gein, however he did appear to be a skinny little man , a far cry from the giant monster portrayed in the massacre movies.

His neighbours described him as very strange and nicknamed him 'Weird Ed'. Gein would frequently chase people of his property, and he told the local kids that he kept shrunken heads in his barn. So it was quite shocking to hear that Neighbours would ask Gein to babysit for their kids. Could you imagine this man babysitting your children? Would you even ask him too? I know I wouldn't.

Many people today, are still obsessed by this man and his story. Many films and books have been based on him and he even has his own fan club.

Even though The Texas Chainsaw Massacre was nothing like the true story, Edward Gein will always be mostly known as Leather Face, but to me he will always be that skinny little farmer who shocked the nation. 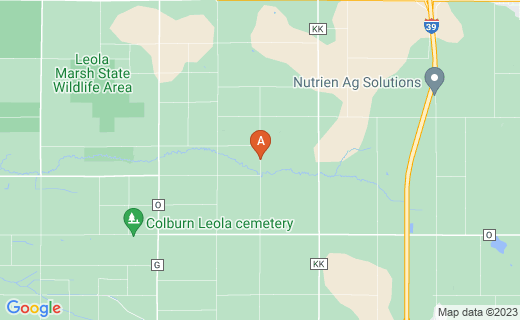 This is next to the House, Ed Gein lived