The Spherical Cow Theory of Libertarianism

The Spherical what? Cow theory? Applied to libertarianism?

Libertarians have frequently, repeatedly in fact, heard the spherical cow theory of libertarianism expounded upon by non-libertarians but very likely never knew there was an actual scientific hypothesis behind it.

The “spherical cow theory” is a joke in the world of physics that, as one explanation puts it, "has become a metaphor for highly simplified scientific models of complex real life phenomena” by factoring out all of the inconveniently difficult considerations in the real world to come up with a simple solution. 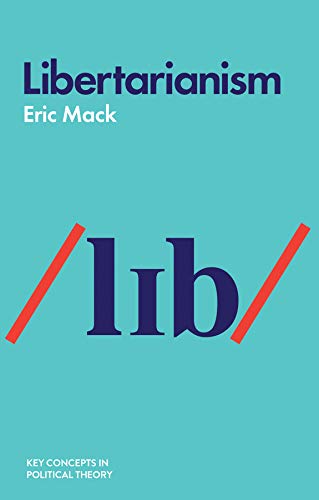 Libertarianism (Key Concepts in Political Theory)
Libertarianism just isn’t so complicated, complex, or difficult to understand that it has to be dumbed down into a simplistic “spherical cow in a vacuum” theory to make it work. People don’t live in a vacuum and libertarianism doesn’t exist there either. Eric Mack, longtime libertarian and Professor of Philosophy at Tulane University lets the air out of the bloated bovine and explains the philosophical principles of libertarianism in a clear and straightforward way. No spherical cow pies here. Spherical cows are for people who don’t want to think. Libertarianism is for thinkers.
Buy Now

Milk at a dairy farm was low so the owners asked the local university to come up with a way to increase production. A whole team of theoretical physicists spent weeks cramming data into their supercomputer and came up with a fantastic solution.

“I have the answer to your problem,” the Chief Brainiac announced to the dairymen, “but it works only in the case of spherical cows in a vacuum."

The spherical cow theory, in other words, may be great for transforming complex problems into easy solutions but it has not proven to be very useful for any practical application.

One question posed on Quora was “Why-is-libertarian-philosophy-unpopular?”

After much pro-ing and con-ing back and forth one responder told the “spherical cow” story in a bit more detail than above and then proceeded to describe libertarianism.

At any rate here’s the post, his own words faithfully transcribed:

“Libertarianism assumes a mob of totally rational, totally informed, self interested, ethically utilitarian individuals presented with uniform difficulty in their lives, with identical philosophy and no unintended consequences. That just isn’t the world.”

While virtually every libertarian ever born can agree with the last sentence—“That just isn’t the world”—virtually no libertarian can find anything else with which to agree. It’s a tossup whether the writer was utterly ignorant of actual libertarian philosophy or purposely burlesquing it just to get a reaction.

In any case what he has created here is not a spherical cow but a spherical libertarian porcupine in a vacuum. He has filled his vacuum with many little individual porcupine quills that stick out like this:

So let’s get out our quill pens and puncture the spherical sphincter of this creature so we can drain out and consider each word and phrase of this person’s portly porcupine.

He assumes libertarians are a “mob.” There are several meanings of “mob.” The Cambridge Dictionary, for example, includes:

Libertarians are individuals who may or may not voluntarily congregate in large or small crowds, may or may not be angry, will not become violent because they embrace the non-aggression principle (NAP) against initiated violence, may or may not be friendly, who are both similar and dissimilar in many ways and do not organize as criminals because NAP again.

No matter how Ayn Rand would imagine or want libertarians to be—even as she rejects libertarianism—no normal, healthy, mentally self-aware human being is “totally rational.” Libertarians have emotions and moods and feelings and sentiments and empathies and hatreds and loves just like everyone else. To be without extra-rational qualities would make every libertarian a psychopath, and psychopaths—again because NAP—do not make for good libertarians.

Nobody, including the bestest, brightest, smartest, wisest, brilliantest libertarian is ever “totally informed” of anything, either as individuals or as a “mob” of individuals taken collectively. Libertarians are people, not freakishly omniscient clones.

Self-interest is not an exclusive brand name for libertarians. Everyone is self-interested to a greater or lesser extent, at different times and for a diversity of reasons, varying from the totally altruistic to the totally psychopathic, neither of which is likely to exist in reality. Or as our spherical cow writer put it, “That just isn’t the world.”

Ethically and Utilitarian break out into two separate conceptual quills:

Ethics is the branch of knowledge that deals with moral principles. Moral principles for libertarians include being a consciously sentient individual, possessing self-ownership and embracing NAP.

Synonyms for utilitarian include functional, sensible, pragmatic, commonsensical and rational while one definition is “designed to be useful or practical rather than attractive.” Funny thing here; libertarians find their “ethically utilitarian” approach to philosophy and politics to be functional, sensible, pragmatic, commonsensical, rational, moral and attractive.

Typically the only time any “mob” of people has had “uniform difficulty” in their lives is when they’ve had some vicious form of political collectivism imposed on them.

Two forms of politically right collectivism were imposed on European populations, Nazism in Germany and the lands they conquered and Fascism in Italy and its victimized populations.

Left collectivism includes the Soviet Union’s form of state socialism that was brutally imposed on the Russian people in the form of Siberian gulags and everywhere else their armies went while Maoist communism enforced “uniform difficulty” on its Chinese and other Asian populations such as devastating manmade famines, grinding poverty and tortuous “re-education camps.”

The people of North Korea, Cuba and Venezuela experience “uniform difficulty” from excessive collectivism, not from benign libertarianism.

Really? Libertarians have an “identical philosophy?”

Here’s just a little taste of that libertarian “identical philosophy:”

(As an aside how many of today’s young libertarians know that SEK3 was the nickname for Samuel Edward Konkin III who published New Libertarian Manifesto and founded the libertarian social philosophy of agorism?)

Some libertarians identify as Hoppeians or Randians or Rothbardians or Misesians and some don’t believe in NAP or even self-ownership. Basically, anyone who wants to be left the hell alone for whatever reason claims to be a “libertarian” whether they have any sense of the underlying philosophy or not.

Beyond that it’s highly likely that far more libertarians than non-libertarians will oppose, attack, nitpick, disagree, argue, quarrel, rage about and name-call over nearly every word from the beginning to the end of this article. Does that really sound like “identical philosophy” to anyone?

There’s a short obvious answer to this one: everyone who has ever hit his or her thumb while pounding a nail into a board knows all about unintended consequences. Everyone has them. The very worst ones, of course, come from the psychopathic political classes who impose their ill-thought-out short term “solutions” on entire populations and end up smashing everyone’s thumbs but their own. They’re the ones who deserve intended consequences, like permanent early retirements.

Don’t be Cowed by Victim-Think

So was the guy just stupid or was he joking when he gave his definition of Libertarian Spherical Porcupine Theory in a Vacuum that began with the words “Libertarianism assumes a mob of…?”

One might find a clue about his mindset when one notices the liberal virtue signaling phrase “social injustice” in his wrap-up rap:

“Now ask yourself, if one person has a pretty comfortable and wealthy life, and another is the victim of great social injustice, who do you expect the Libertarian is?”

This is the groupthink identity politics worldview that sees everyone as belonging to a victimized group or a victimizer group and then narrow-mindedly assumes that only the libertarian could be the “comfortable and wealthy” one while “the victim of great social injustice” must automatically be the poor cowed down victimized non-libertarian.

Reality check: Being the victims of great social injustice is one thing that drives so many intelligent people to libertarianism while those with the comfortable and wealthy lives are—if indeed they are libertarians—smart enough to want to stay that way and help, encourage and advocate for everyone else to join them.

Libertarians are people who have learned to think outside the vacuum.

Or to misquote Bart Simpson, “Don't have a spherical cow, man.”

Simplest Physical Cow Explanation It’s a physicist’s joke about taking a complex concept and simplifying it to the point where it theoretically “works” but has virtually no practical application to reality. This “works” for libertarianism as well as cows.

The Libertarian Cow Example Why is libertarian philosophy unpopular? Because people too lazy or dishonest to actually understand libertarianism invent a simplistic definition to pretend that it’s a “good idea in theory” but can’t possibly work in the real world.

Key Concepts of Modern Libertarianism It will come as a shock to some people but it really isn’t that hard to understand libertarianism and, once understood, begin thinking in positive rather than negative ways of how to apply the principles to the real world.