Warning--Think Twice About Starting a Family but Reject Eugenics

Do You Live Multigenerationally or Do You Plan To?

Starting a Family Has Major Economic Perils: Here's Why

Starting a family in a declining or mature economy is problematic. People need to think twice about doing so or at least make major strides in limiting the size of the family. There is a larger economic reason besides the health of your own personal finances. Never has it been more difficult to raise a family. The cost of living is high and credit is highly priced. We can cause the cost of living to abate and credit costs to abate by making a concerted effort to limit the growth of population in a mature society.

One way to have one or two children and still afford it is to live in a multi generational household. There are benefits to having some children, as one gets older. But it all makes more sense in a multi generational setting. Otherwise, having children becomes a financial nightmare for many. The cost of living continues to outstrip the advance in wages. This is a feature of globalization and we need to prepare for this continued pressure.

If you have children in our difficult times, consider that multi generational living may be necessary once these children grow up! Yes, many children go out on their own, often to a life of debt. But if you have a child, and even their spouse, who has income and wants to live with mom and dad, be prepared to help your child!

Look at Europe, where there is less inflation because you have people limiting their families. And in Japan, a declining population actually strengthens the currency. Economic growth is actually slower in the mature societies like the US, Japan and Europe, which means more people continually get a smaller piece of the economic pie unless you realize how that can impact you personally and take action!

So, on a personal level, you stand to save hundreds of thousands of dollars on every child that you don't have! Think about it. And think twice! Do you want a life where you just barely get by or do you want a life where you actually save money and maybe even break into the financial elite. If you have a family, you have a much greater chance of having liquidity problems. In other words, you can more easily run out of money. You can more easily become homeless. You can be placed in the class of poor, even if you are slightly better off than poor people before the kids started coming along.

And importantly, as the dollar declines, you play into the hands of predatory banks and central bank engineers who want inflation so that debts the government owes can be erased more quickly. This policy of attacking the dollar attacks families more than anyone else. Food and gasoline go up in this environment. People with kids are the ultimate target of this diabolical plan.

It is important that women be taught that they will be considered more equal in society if they do not have the financial weight of too many children in their lives. This does not mean that people cannot get married and have children, but in a mature economy, debt makes the borrower into a slave. I don't think men or women want this slavery. It is easy to establish and hard to escape.

And if you limit family size the children that do come along will have a financial advantage, especially if families are doing this on a national level. With credit costs going up, as the financial crisis has impacted lending, we don't want this debt. We don't want this slavery.

Young people considering families, I urge you all to look at the videos and links below and study and try to grasp what is going on in the world around you and in the scams that the rich have established through what are called easy money loans. No money down loans, and payday loans and other loans that are doomed to fail are traps to bring you into slavery!

Who Ya Gonna Call? Growthbusters!

I Hate the Teachings of Thomas Malthus

Thomas Malthus had a desire for a utopian society. He said that the unproductive should be killed. This dreadful guy was a rat, and this plea that I make for voluntary limits on population is in no way connected to any beliefs that this arrogant man had. While his analysis of the poor may or may not make sense, his solutions were dreadful and evil.

Having said that, lets look into some of the analysis of Malthus.

First, he was wrong about the impending threat of famine. Obviously, strides have been made in agriculture that Malthus could not forsee.Food production is one important factor that is allowing people the world over to eat better than ever before in history.

Second, he was wrong about the need for breeding and the dreadful doctrine of Eugenics. The Nazi's and their experiments to establish a master race pretty much sickens society toward trying to make genetic changes to society. We know that there are very bright people in all strata of society. We must avoid any attempts to engineer intelligence! That is beyond the pay grade of any human being to even mess with this concept.

Third, he is wrong to promote the idea of population elimination. While Malthus taught the odious doctrine that the unproductive poor should be made celibate, some Eugenics folks taught that population had to be eliminated. It appears that Keynes may taught it and so did Jacques Cousteau.

While I don't expect many to take advantage of a voluntary limiting of society, if only some people do so, they will likely have a stronger financial position and maybe even stronger relationships sans the pitfalls of distress and argument over money.

So my position is simple:

1. Abhor and oppose Eugenics and mandatory laws regarding family size, and

2. protest the abuse by the financial elite upon mainstreet and the poor by advocating voluntary limitations of families. Just remember the damage that payday loans and no money down loans can do before you decide to have lots of kids!

My Newest Ebook. Learn About Bank Misdeeds in the Great Depression! 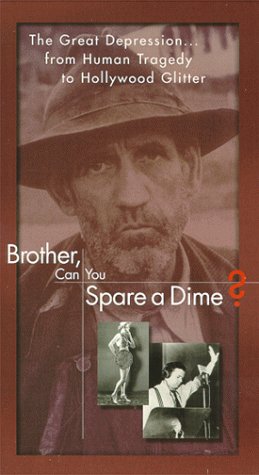 Brother Can You Spare a Dime: The Great Depression from Human Tragedy to Hollywood Glitter [VHS]
Buy Now

Poverty in the United States