Thomas Jefferson And Other Presidents Who Owned Slaves.

Wresting the light from the cave of darkness, and the truth, from the bowels of ignorance. VC L Veasey

Great Man, Hypocrite Or Both?

There are many people who buy into the myth of the founding fathers. They see them as some kind of mythological figures. They're gods! Everything about them is sacrosanct! Everything they wrote or said is holy and can't be changed!. They weren't human and never did anything wrong or made mistakes. I get it!

And it would really be nice if the Easter bunny, The Tooth Fairy and Santa Claus existed too. And the world really was as wonderful as it seemed when were just starry-eyed little kids still believing in these wonderful mythological beings.

But the "founding fathers" were people, just like us, who had their good points and bad points

Isn't it ironic, that Thomas Jefferson one of the great so-called "founding fathers" who penned the words "We hold these truths to be self-evident, that all men are created equal, that they are endowed by their Creator with certain unalienable Rights, that among these are Life, Liberty, and the pursuit of Happiness” could also be one of the great slaveholders?

Oh I almost forgot. It gets worst

Twelve American presidents were slave owners. Eight of them owned slaves while they were president. Slaves were a common sight at the white house. They help build it. Imagine that! Slave labor built the "White" House. Now we know why it's called the "White" house.

Historical records list some of the enslaved workers as carpenters. They were only listed by their first names, Peter, Ben, Tom, Harry and Daniel to name a few, they worked seven days a week, rain, shine, sleet or snow, winter, spring, summer and fall. (helluva life)

Slave owning President, Zachary Taylor, believed owning slaves was a Constitutional right, saying that he was willing to "appeal to the sword if necessary" to protect that right.

And some people say the Civil War wasn't fought over slavery.

Oh that's right. I forgot. It was fought over "states” rights".

The states right to do what?

But "all men are created equal" right?

What hypocrisy. Especially when you have Presidents of a country that’s supposed to be the bastion of freedom, individual rights, liberty and justice all owning slaves.

Here's a list of slave owning Presidents who owned slaves while in office or during their lifetime.

GEORGE WASHINGTON (between 250-350 slaves, some say around 800 at it's peak) Owned while president and or during his lifetime.

THOMAS JEFFERSON (about 200) Owned while president

JAMES MONROE (about 75) Owned while president

JOHN TYLER (about 70) Owned while president

JAMES POLK (about 25) Owned while president

Judging By Standards Of Our Time

For those of you who say we shouldn't judge Jefferson or the other "founding fathers" by the standards of our time.

Your logic is faulty.

We can judge their "greatness' by the standards of our time but not their badness for being slave owners?

Give me a break

There were those doing their time judging them by "our standards"....The abolitionists, who saw slavery and those who participated in for the evil it was.

Jefferson was part of the wealthy white ruling class of slaveholders. He owned various plantations, thousands of acres of land and hundreds of slaves during his lifetime.

Most of the "founding fathers" were slaveholders and rich plantation owners including Benjamin Franklin, George Washington, Thomas Paine, John Hancock and James Madison to name a few. Plantation owning and slave owning went hand in hand.

It's not widely known that Franklin owned slaves, because in later life he was staunchly against it.

"Franklin owned two slaves, George and King, who worked as personal servants, and his newspaper, the Pennsylvania Gazette, commonly ran notices involving the sale or purchase of slaves and contracts for indentured laborers". http://www.pbs.org/benfranklin/l3_citizen_abolitio

Jefferson along with other white elites and the white population in general, saw blacks (Negroes) as untrustworthy, child-like, inferior and not able to function on their own as free individuals. They saw them as needing guidance, the way a child needs guidance by a parent or a dog by its owner. This absolved the slaveholders of any guilt and a handy justification for enslaving them.

Dr. Samuel Johnson, who lived during that time, wrote sarcastically about those who wanted freedom for themselves while at the same time enslaving blacks, "How is it that we hear the loudest yelps for liberty from the drivers of Negroes?"

To add to this hypocrisy, Jefferson (and he wasn’t the only one) had a black slave mistress, Sally Hemings, who was in her early teens. She was thought to be the half-sister of his wife, Martha (see what I mean about him not being the only one?).

The Thomas Jefferson Foundation and many historians believe Jefferson was the father of six of Hemings children. The incident was somewhat scandalous at the time and Jefferson tried to bribe a hostile reporter not to write about it.Thomas Jefferson Randolph, Jefferson's grandson, described Hemings as "light colored and decidedly good looking."

Jefferson freed two of Hemings' (and his) children in 1822 but he didn't free Hemings or any of his other slaves while he was alive. He left a will that freed them upon his death. Jefferson's daughter, Martha, allowed Hemings to leave the Monticello plantation in 1826 shortly after Jefferson died.

Jefferson had red hair and there were reports there were many red-headed enslaved children running around Jefferson's plantations. So it wasn't just Sally who was being sexually taken advantage of

I can see how it may have been hard for Jefferson and other “founding” fathers to give up their slaves. Jefferson was a wealthy plantation owner. Free slave labor baby! Much lower overhead and expenses than if he had to hire paid workers.

“All men are created equal?”

You see when Jefferson wrote, “All men are created equal”. He obviously did not mean all men. He meant the wealthy white plantation owners, the ruling class (like himself) who wanted to free themselves from the rule of King George III of England. All land seized or "discovered" by the British belonged to King George III. King George levied heavy taxes on the then British colonies to keep them from becoming too independent of his rule. This lead to the Revolutionary War.

Jefferson was a great thinker but he didn’t have the courage to live up to the principles he so magnificently wrote about in the Declaration of Independence. He hoped the men of the next generation would put his principles into practice for the new nation.

But, as I pointed out, the Declaration of the Independence was really for the wealthy white plantation owners who wanted to free themselves from the control of King George III. it wasn't necessarily the declaration of independence of everyone in the new nation. (The plan to beak away from the British Empire was so unpopular with the people that the meetings had to be held in secret).

It was a slow process of a couple of hundred years before the declaration that “All men are created equal” was gradually and with much turmoil, eventually, extended to all men, and women of United States.

Seeing Them IN A Truer Light

The "founding fathers" (especially Jefferson) should be seen in a truer light than what the public has seen them in up to now. They or Jefferson shouldn't be white-washed in to something entirely different from what they were. They should be accepted for who they were, the good, the bad and the ugly and I think America will be better off if we do.

I think so too!

If you enjoyed the hub vote it up, share with friends, family on Facebook and other social media 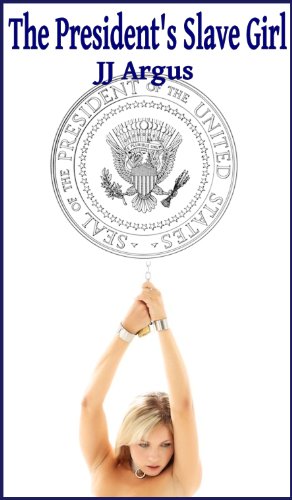