Nothing is New, Really.

The Benefit of the Doubt

Time and again, most Filipino voters did not exercise responsible voting in choosing the deserving on this midterm election. But who are we to blame the uninformed if they have no means to research about the candidates? If the appropriate candidates themselves missed the chance to be known by registered voters both in rural and urban areas, who else would speak for them?

Philippine elections are like popularity contests. If you are vying for a senatorial seat, one of the best things you can do is request endorsements from celebrities who are known even in the most remote area of the country or if you are a relative of a public figure use your maiden name as the case may be like the two of the Senators-elect who are married already.

Thanks to the Bandwagon Effect or Herd Mentality of most Filipinos who want to be part of the majority--stupids! Philippines is now branded as the Most Stupid Country as you see in the "Time Magazine Cover" created by So What's News.

We are not surprised though. Filipinos are adept in putting into power the plain and simple citizens who are inexperienced in public service nor have any idea in public administration. History was written 27 years ago for a plain housewife who became President of the Philippines whose son became also the President of the Philippines on June 2010, whose nephew became a senator this election, and whose youngest daughter would run for governor on 2016. (A sample of political dynasty, eh?)

But like what we did in previous terms, give the newbies the benefit of the doubt. They will indeed be guided by the veterans in the Senate (as it is provided for in the Constitution) and consider them as OJTs (on-the-job trainees) for as long as they learn or perhaps for twenty years. Let us not yet conclude that such neophytes could not do anything for they have their platforms and programs. Let us just wait and wait for reforms as promised. Who knows? They might be the catalyst of change. Let us just hope for the better not the worse. Even the veterans have flaws and faults yet people reelect them.

Indeed it is not their fault why they won. They passed through the process governed by Comelec and people pointed their fingers on their names. Maybe what we need is to scrutinize the qualifications of a senator. 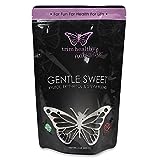 Qualifications of a Senator

To contest the qualifications in running for public office especially for senators who may become the next President of our country is indeed very impossible because as provided for in the Constitution, "Congress cannot anymore add additional requirements other than those provided..". Hence if you are really that serious in grabbing a place in the Senate, as long as you are a 35 year-old and above natural-born citizen, literate, a registered voter and a resident of not less than two years immediately preceding the day of election, you can GO FOR IT. It doesn't matter if you are employed either in a government agency or private enterprise. As long as you you have some platforms in education, agriculture, tourism, etc, with proof you can raise money to run a serious campaign, you may pass. Otherwise, you fall on the category of nuisance candidates and will be disqualified by the Commission on Elections

What about career service eligibility? Are they not required to submit proof of subprofessional or professional eligibility in the absence of a license by virtue of Article 1080? Although senators and congressmen are elected to held government positions, they are occupying government offices which requires eligibility. Are they exempted?

Not Just May But Everyday

Aside from from the qualifications of the congressmen and senators that needs revision, the Commission on Elections must also exercise diligence in the performance of their duties. Aside from rampant vote-buying, returns manipulation involving Comelec personnel must be dealt with accordingly. These hot potatoes became a part of the Filipino culture especially in the provinces where incumbents usually have the mechanism and the contenders have to employ new tactics to win the battle. So even if Filipino voters selected candidates that are performers in the truest sense of the word, and even if the government spent millions of pesos in acquiring PCOS machines for automated voting, as long as there is human intervention in the counting, the elections and the results are just parts of a nationwide "reality show." And at the end, it is always the responsible Filipinos who lose because of what they believed in--a clean and honest election.