It has been 14 years since America Invaded Iraq and overthrew the government of Saddam Hussein. In the end more than 4500 U.S. servicemen lost their lives and nearly 10,000 were wounded.

The death toll among Iraqi civilians was estimated to be in the hundreds of thousands and dozens continue to be killed to this day.

With so much death and destruction along with a blurred objective for the war many Americans wondered "should we have even gone into Iraq at all?"

The Bush administration initially went to war with Iraq because they were said to be an eminent danger to the Middle East region and the world as a whole. Saddam Hussein was suspected of possessing weapons of mass destruction (WMD's) which it was feared that he might use against neighboring countries.

The fear grew out of an incident after the Persian Gulf War in which Hussein used chemical weapons against The Kurdish religious sect that lived in the northern region of Iraq. Several hundred Kurds were killed or badly injured in the attack.

Shortly after September 11, President George W. Bush declared a war on terror which meant any person or nation suspected of terrorist activity against the United States would be subject to punishment, including imprisonment if found to be cooperating with terrorists.

Only months after beginning the Afghanistan War, President Bush and his advisers started making plans to invade Iraq and on March 1, 2003 those plans were carried out.

The invasion left much of the country in ruins and many communities without basic services like water and electricity.

Years after the invasion former vice president Dick Cheney stated that he did not believe that Iraq had anything to do with 9/11.

So why did we invade Iraq?

There are three reasons that stand out to me.

It was widely reported that Saddam Hussein had made a plan to assassinate the elder George (H.W.) Bush after the Persian Gulf War. The plan was thwarted but it was rumored that George W. Bush still held a grudge. It was speculated that September 11 provided the younger Bush the opportunity to strike back at Hussein and he took it.

Several cabinet members in the Bush administration at the time have since indicated that plans to invade Iraq began to be formulated almost immediately after Bush took office in January of 2001.

Whether any of these allegations are true or not is up to speculation but one thing is for certain, it was a strange maneuver to suddenly turn from the war in Afghanistan and the hunt for Osama Bin Laden, the one accused of being responsible for the terrorist attacks 9/11 and then direct more than 100,000 troops to invade Iraq who for as far as we know, was occupying a neutral position.

No weapons of mass destruction were ever found and some former members of the Bush administration later admitted none probably ever existed.

Beside the fact that Saddam Hussein was accused of being affiliated with terrorists, he was an easy target.

The Bush administration knew that Hussein's army was no match for the United States armed forces.

They knew that they could roll over Iraq's National Army like a soda can and that's exactly what they did.

In a matter of two months President Bush was standing on the deck of the carrier USS Abraham giving what amounted to, a victory speech under a banner that read "Mission Accomplished."

The banner proved to be premature however.

For the remainder of the time that American forces were in Iraq rebel insurgents and Saddam Hussein loyalists waged a violent and bloody war against U.S. forces up until the time they were withdrawn and Iraqi Security Forces were left to take control of the country.

There should be no doubt in anyone's mind that the primary reason that we invaded Iraq was for the oil. It doesn't take a rocket scientist to figure out why the number one consumer of oil in the world would invade an oil bearing country.

Iraq's rich oil supplies made it a place of great interest to the United States.

When the U.S. invaded Iraq one of the presumptions by the Bush advisors, was that America would be greeted as liberators and embraced by the people of Iraq.

It probably is not too far of a stretch to believe that the Bush administration thought that within the gratitude of the Iraqi people there would be some oil. After all, we freed you from a ruthless dictator who reigned over you in a regime of violence.

As it turned out, the Iraqi people did not greet the Americans as liberators but as trespassers and wanted them out of their country as soon as possible. This response was a slap in the face of the Bush White House but more importantly the American soldiers who bled and died for their freedom.

Until recently all U.S. combat troops had been withdrawn out of Iraq except for those guarding the embassy there but the rising insurgency that has reclaimed territory once held by Iraqi Security Forces has prompted President Obama to send combat troops back into the nation to act in an advisory capacity.

The same reference was used early on in Vietnam in the early 1960s.

American soldiers and their families have paid a high price for the invasion of Iraq and so have the Iraqi people.

The reasons that we were given for invading Iraq by the Bush administration have obviously been proven to be false. It is nothing less than criminal, what the Bush White House subjected the people of Iraq and the citizens of America to endure.

We may never know the true reason for the invasion of Iraq but one thing is for certain, it wasn't for the reasons we were given. 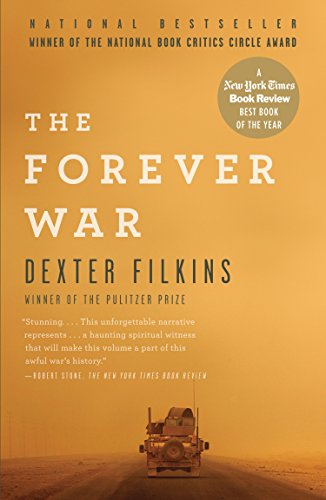 Do you think America should have gone to war with Iraq?