U.S.-Mexico border towns or "Borderplex" cities have been experiencing an influx of new successful business trade from from domestic and foreign investors since AD 2000.

Properous new business installations provided by the aerospace industry, notably SpaceX at Brownsville are increasing in numbers all along the Texas border. McAllen was the first borderplex city names by the federal government decades ago, but El Paso is growing and among dozens of such cities that enjoy consistent, lucrative trade back and forth with Mexican market area.

Despite propaganda about past violence in Juarez, which has significantly decreased, the city is safe to visit and receives many Texans every week.

She (Jessica Garcia) and her husband signed their son up not only for the Lil’ Yankees T-ball team in El Paso, where they live, but for the Marlins in Juárez because they considered that team more advanced. 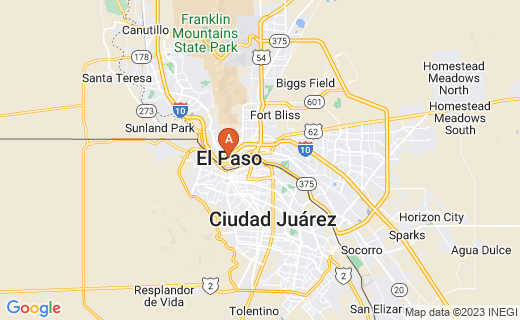 Thriving El Paso is the fourth largest city in that state, and sixth largest community in Texas for employers that post the most openings since AD 2010. The state was not as negatively affected by the recession as were other places in America, but El Paso showed a more marked stability and economic growth.

By AD 2013, the city became the 11th most successful place for growth of population and jobs during the national economic recovery. Trade with Mexico helped strengthen that fact.

By AD 2018, the city's trade back and forth with Mexico had increased, even above that of its successful Mexican counterpart city, Cuidad Juarez.

By February 2018, the unemployment rate had reduced further to 4.4%, with approximately 6,000 job openings.

By May 2019, over 7,000 open jobs were advertised under a 3.3% unemployment rate. El Paso business is growing the the city needs more workers!

Threats to Business and American Economy: Walls and Tariffs

President Donald Trump's (2017 - 2021) strong demands to build large new sections of a border wall between the U.S. and Mexico dangerously threatened the economics of Borderplex towns that benefited from weekly trade with Mexican nationals and lower healthcare costs in our Southern neighbor.

On May 31, 2019 the President demanded a new 5% tariff (increasing 5% monthly to 25% in October 2019) on all Mexican goods as retaliation for federal judges blocking wall construction and a state governor stopping private wall construction.

The video of Border Patrol agent work below shows that the White House's claims of multiple thousands of criminals passing across the Rio Grande to pillage America seems to be overstated. Walls and tariffs will interrupt the usual business flow at the border.

Mexico's president said on Friday he would respond with "great prudence" to threats by his U.S. counterpart Donald Trump to impose tariffs on Mexican goods entering the United States, and called on Mexicans to unite to face the challenge.

The USACIDC supports the army through the deployment during peace and war of highly trained Special Agents and support staff and these jobs are increasing. The operation of a certified forensic laboratory, a protective services unit, many computer crimes specialists, polygraph services, and other services are in high demand.

After AD 2016, the US presidential administration determined the need for more of all of these services in ongoing and potential conflicts in Iraq, Afghanistan, North Korea, and other nations as well as at the Rio Grande border. El Paso enjoyed an upswing in jobs prior to the first receipt of Obama Stimulus Funds. Afterward, federal and state workforce partnerships developed additional new jobs. This continued to boost the local economy.

Leading companies offering the above jobs: The Downtown El Paso organization's leaders initiated an annual Running of the Bulls 5K (no real bulls run) race in AD 2017 and the next year's activities expanded to welcome even more participation and spectators.

Eat Authentico! is another promotion that offers enjoyment of the Tex-Mex and Mican cuisines around the Rio Grande.

The Downtown Management District promotes activities, festivals, and local grant funding for projects that appeal to tourists as well as local resident and the friends and increasing numbers of customers that come up to El Paso on a weekly basis from Mexico.

Types of Companies Adding the Most Jobs

This list is dominated by Education, Business, Employment Services, Healthcare, and Food Services:

Starting from the city center and moving outward, healthcare providers include the following list, with selected links to their home pages, news, and job opportunities current and planned. Some of the heath systems below are expanding services and adding new specialties.

Fort Bliss at El Paso is large enough to be a city all by itself.

The organization offers a general information, announcements, and links page similar to those found in any major city of America. The Fort Bliss web pages are extraordinarily full of activities, programs, and events. Civilian job openings are also listed and increasing in numbers.

A Recycling Program began on January 1, 2009 and the Fort Bliss pages present ongoing encouragement to workers and residents to participate fully. Recycling bins are even provided beside employee's and military staff persons' desks on base.

Child Abuse Prevention is a big program on base, with classes and support services along with a reporting scheme. Additionally, relationship-building classes and parenting training skills are available for couples in the military.

Of particularly important note is a long range study at Fort Bliss: The U.S. Army Family Study of Effects of Multiple Deployments on Adolescents. many enrichment programs are offered to military youth and an official Summer Youth Employment (SYE) program is maintained yearly.

Education and Training for Jobs

The following are emerging Texas industries that propel El Paso economy into a business boom: