Justin is a combat veteran & writer who served the Marines for 13 years. Justin received a BSBA in 2015 and MBA (marketing focus) in 2017.

Being Marine: No Walk in the Park

It's a fact; joining the Marine Corps is no walk in the park. In fact, walking into a Marine Corps recruiting station will quickly prove that this is actually something they're proud of. Posters adorn the walls informing the visitor that "We don't promise you a rose garden," an understatement at best. But having the longest basic training and the highest physical requirements of any branch is just the beginning. The Marines are also known for their high standards of discipline and continuous training. Waking up two hours before the sun just to conduct physical training, or "PT" every single day.

So why on earth would anyone want to be a United States Marine? Here are 5 of the most common reasons:

Ask any Marine in history and they will tell you, Marines are brothers (and sisters) for life. The bonds formed during the hardships of training and the rigors of combat are never broken. Some have even said, "The fires of combat weld us together into a single instrument of death." For many, becoming a Marine is likened to being adopted into a new family, with siblings that will never leave you behind. With an illustrious history filled with tales of bravery and sacrifice, the Marines have fiercely fought in every major American conflict since 1775. Regardless of when or where a Marine served, the camaraderie of the Corps crosses generational gaps and it's not uncommon to see a young Marine buy a drink for an old retiree at the end of the bar.

Even the retired Marines will tell you, "Once a Marine, Always a Marine." The Marines are tasked to endure some of the most excruciating hardships of any military branch. Making it through these seemingly impossible tasks instills a sense of pride without compare. A long line of iconic military heroes such as John Basilone and Chesty Puller have inspired future warriors and added to the traditions of the Marine Corps. Being a part of such a historically rich organization proves, that in a major way, Marines are capable of greatness on the battlefield. This greatness is woven into every Marine from the moment they arrive at boot camp.

The "Dress Blue" uniform (as it is called), has graced the media as far back as WWI and has now become an integral part of Marine recognition. Although the uniform itself bears historical significance in nearly every article worn, for many, the uniform represents the Corps' long standing history of discipline, honor and the fighting spirit. Let's be honest, earning the right to wear such an attractive uniform has its benefits when it comes to the ladies (and gentlemen) as well. Regardless of a Marine's personal reasons for wanting to wear the uniform, putting it on instantly garnishes an entirely new level of pride.

Although many of the benefits of joining the military are not Marine Corps exclusive, they certainly add to the overall desire to be one of the best. With an economy that is incapable of supporting families on minimum wage, joining the Marine Corps is an excellent way to leap from a high school to career mindset. Free housing, unlimited medical coverage for your entire family, reduced grocery costs on base, discounted child care and an allowance for food are just some of the benefits of being a Marine. Even with a starting enlisted base pay of only $1,566.90 per month, nearly every typical family expense is free, providing ample financial flexibility.

Individuals join the military for a host of reasons, some of which are included above. If you ask the enlisted infantry Marine however, they specifically picked this line of work because they want to bring the fight to the bad guys. They understand that every role in the U.S. military is critical to the overall defense of our country, they just don't want any other role. Thank God there are young men and women in our nation who are willing to take these risks to protect the freedoms of not only U.S. citizens, but citizens around the world. As many Marines have stated, either verbally or through a bumper sticker; "It's God's job to judge our enemies, it's the Marines' job to arrange the meeting." 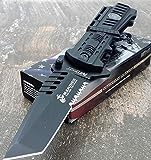 How many people are in the Marines?

As of 2016, the active duty Marine Corps held just over 183,000 Marines. This does not include the approximate 40,000 Marines held within the reserve.

What is the process of joining the Marines?

The first step in joining the Marine Corps is to visit your closest recruiter. To find one near you, click here. Following the process of ensuring you are physically and mentally fit for duty in the active duty or reserve Marine Corps, you'll be sent to the most challenging basic training the U.S. military offers - a 13-week boot camp at Parris Island, SC or San Diego, CA. Following the completion of this training, you will be called a Marine. Follow-on training depends on what MOS (military occupational specialty) you enlisted for with your recruiter.

What is the Marine Corps motto and slogan?

Why did you join the Marine Corps