"Unhealthy" Is Beautiful, Too!

Ana Kasparian On Youtube Agreeing That Curves Are Beautiful. But "Unhealthy" Isn't

I'm a big fan of Ana Kasparian on youtube. I believe she's a strong woman with strong opinions. I enjoy watching her speak her mind and be unafraid of arguing with people. But I didn't like her comments on this.

It's a video she made reacting to another youtuber's video (Trisha Paytas) about how Trisha loves her body even though she isn't skinny. Ana says that she agrees, curves are beautiful, and that she believes people should have body positivity. But not if someone is unhealthy because she doesn't want people to think that obesity is okay. Unhealthy isn't beautiful basically.

She doesn't realize what she just said. As someone with a chronic illness, I took issue with this. I'm ugly because I'm not healthy? As if I chose to be sick and should be ashamed of it.

I don't like her body shaming anyone, whether they are unhealthy or not. People's choices aren't always perfect, no one is perfect, but I don't think they should be disgusted with themselves as a result.

People need to stop seeing health as a responsibility and instead see it as a gift. If you were blessed with it, then congratulations, I hope you cherish it. But if you're not healthy, it doesn't mean you are somehow ugly or inferior. It just means you have a struggle in your life that other people do not.

This attitude also promotes misdiagnoses and mistreatment. Doctors will see a patient is fat and tell them to lose weight instead of giving them medicine and treatments they need. Doctors will also see thin, beautiful people and not give them the tests they need. They're so young and pretty, they couldn't possibly be ill. But the truth is anyone with any appearance can have any disease.

"Unhealthy" can be a sign of beauty. It can show the beauty of your heart because you fight to stay alive, even when your body betrays you.

Because the worst thing you can do for yourself when you're unhealthy is decide to hate your body. It's so easy to get angry when you are in pain or your medications are giving you bad side effects, but when you have an incurable illness, you can't change that you're sick. You just have to find a way to cope and accept it,

But what's even better than coping? Loving yourself. Loving all the pain you've had to go through and the ways you've had to fight. It's better to be grateful that you got sick than angry and disgusted with your body. Because we all have only one body. When your body seems to fail you, it's better to learn how to accept it. It's the most important thing an unhealthy person can do if they want to thrive rather than just survive.

Body positivity is more important in sick people than well. Because it allows them to accept the reality of their condition and helps them cope with treatments easier.

So yes, Ana Kasparian, unhealthy is beautiful as well. Stop judging people. We're all supposed to accept our bodies, flaws and everything. Disease is a flaw, but that doesn't make someone ugly. Look how beautiful people can be-fat, skinny, health, or unhealthy.

This woman lives her life with an Ostomy bag! She carries her poop everywhere in a bag connected to her abdomen. She has a permanent hole in her stomach where they cut off her colon.

But look how beautiful she is and how much she loves her body. Because that's the right attitude to have.

How To Be Fashionable And Also Increase Breast Cancer Awareness 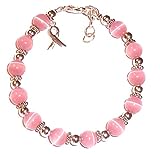 Do you love yourself and your body?