A HubPages Question was asked in the autumn of 2013 by CalebSparks:

During a preventive medicine training course in the early to mid-1990s, violence in the United States was discussed and studied under the rubric of Healthy People 2000 under the Center for Disease Control and Prevention.

Healthy People 2000 was an initiative begun circa 1989 by the US Surgeon General and health-related divisions of the federal government in order to maximize the health of the overall American population. Today, the nation has a Healthy People program and goals for the country, the US States, counties, and cities that is updated each decade and displayed in its own website at http://www.cdc.gov/nchs/healthy_people/. The most current program at this time is Healthy People 2020/

The Original Healthy People named 22 priority areas for the US to improve, the seventh being Violence and Abusive Behavior.

On assignment from the university course, a group of us students interviewed school officials and teachers around our county in order to determine the largest and most serious problem of concern in the various school systems combined and the answer was: violence. Not only was it violence, but it was also violence in day care and pre-school facilities all the way up through Grade 12. Gang violence was prevalent in some high schools. 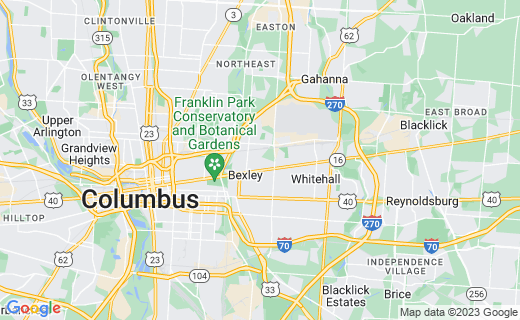 Gang violence is most frequently seen in neighborhoods within the city's East and Northeast areas, with some occurring on the Near West Side. I have worked in all three areas and witnessed the results.

In other educational departments at the university, controversy and argument seemed to have been ongoing since the mid-1970s about the existence of gangs in Columbus and Franklin County in Ohio.

I recall that one professor lectured that no gangs at all existed in the city and county, but this was met by objections from adult students of all ages. They reported that they lived near gangs or had friends who had joined gangs, some of these friends dying in gang activity. Other professors felt that a number of gangs operated in the city and county, including the new population of girl gangs that had not before been visible.

By the late 1990s, at least 150 known gangs were operating in Columbus, Ohio, according to broadcast news programs and the mayor's office. The rise in gangs coincided with the status of violence as the foremost concern within the county's school systems overall.

The Center for Disease Prevention and Control and the National Gang Center gather numbers concerning the death count (mortality) associated with gang violence annually. However, not all gang related deaths are counted as gang related deaths. One reason for this is the fact that corpses left in garbage dumpsters, without evidence of gang methods, colors, or symbols, began to rise around the mid-1980s, according to local newscasts here. It is logical that the same occurrence was evident in other large US cities.

Not considering the number of unclassified deaths that are gang related and another number of deaths never reported at all in our city and county, then we are left with the report of the National Youth Gang Survey Analysis. I differ with the second issue listed below, as shown:

Factors That Result in Gang Violence

According to the National Gang Center (see link below), the top three factors that result in gang violence and therefore, to related homicides across the nation include:

While working in areas of my city in which gang activity were higher, I often witnessed the first two factors in the list above.

Graffiti from one gang threatening another gang was often left on building walls of adult education programs in these areas several times a year. I witnessed drive-by shootings that occurred after the shooter became intoxicated with drugs or alcohol.

One year over the Fourth of July Weekend, our building suffered more extreme graffiti and several bullet holes that disabled the air conditioning. This all occurred between 1995 - 2005 and gang activity has increased in these geographic areas from 2005 - 2013, quite a lot from 2009 - 2011.

The boots are great, but putting them up someone's a$$ as soon as the wearer meets that person (encouraged by a political radio program) does not help the nation's problems with violence.

You Can Lead a Politician to Water, But You Can't Make Him Think 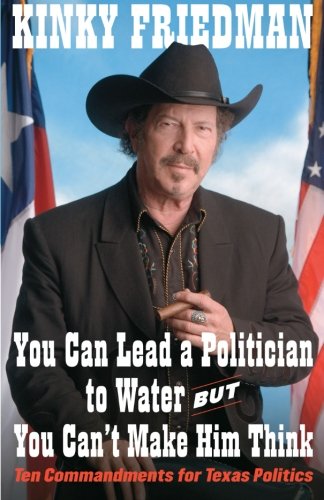 You Can Lead a Politician to Water, But You Can't Make Him Think: Ten Commandments for Texas Politics

I think this musician, mystery writer, and politician uses his boots for walking.

Violence and Substance Use

Gang membership and activities are governed by a number of risk factors, only a few of which are poverty, family difficulties, early aggressive behaviors and associations, and substance use. However, a clear link between violence and substance use aloso is seen in the research literature among both youth and adults that are not members of gangs.

Violence and Abusive Behavior and Substance Abuse are two important priorities for the Healthy People 2020 program to address and we can address them in our daily lives and in our families.

We see increasing violence in the political arena these days in addition to that in our daily lives and growing numbers of people that I know cannot tolerate watching related news coverage and debates or listen to the political radio programming available. This is because of the violence associated with them all.

One radio program opens with a theme song whose lyrics include "...We'll put a boot up your a$$, it's the American way..." A lot of violence begins with abusive words and a chip on the shoulder. The media seems to be feeding that in some quarters. 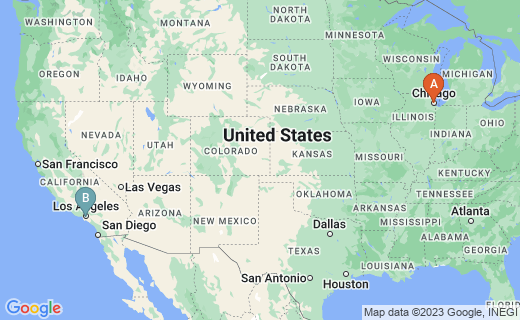