I earned a Bachelor of Arts degree in political science in 1995. My interests include political and social issues and history.

It seems to me, the significance of understanding history and all that it encompasses is to have a broad understanding of what we do, our patterns, how the patterns of world affairs affect the whole, how it affects us at home and also those overseas. It might do us well to take at least one example in history, look at it broadly, and make some observations relevant to our current situation here at home and in world affairs. The Philippines is a good case in point because it is an example of our first overseas venture into war.

The Philippines is a chain of more than 7,000 islands in Southeast Asia, with three major islands and island groupings known as Luzon (in the north), the Visayas (in the central region), and Mindanao (in the south). Due to European influence and colonialism, the northern region is primarily Catholic, while the south has held onto Islamic roots that date back many hundreds of years. 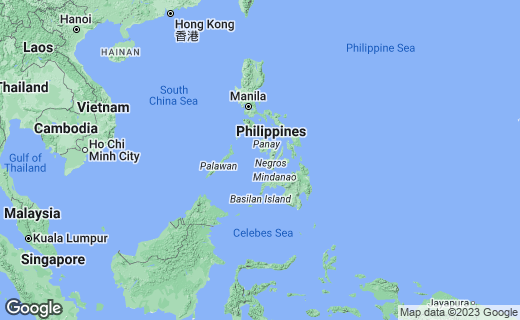 There was, not far in the distance, a Malay empire which had developed, which had a diverse cultural influence of Islamic, Indian, and uniquely Malay character. These people migrated to the Philippine Islands also, and brought with them their law, government, and education; however, they also peacefully co-existed with the other early inhabitants.

There was much trade and cultural interchange during this time, to the point that the Philippines had influences from across Asia.

Spanish Invasion and Colonization and the Advent of America

It was in 1521 that the Portuguese explorer ventured to circumnavigate the globe for Spain. He traveled as far as the Philippines, where he conquered and converted a segment of the population in the central islands, but by the time he set foot on the little island of Mactan, he encountered the native chieftan, Lapu-lapu, and a formidable group of island warriors that brought down the conqueror, ending his voyage short, leaving his haggard crew to finish the journey around the globe. Magellan's body was never recovered.

It was not until 1565 that the Spanish returned to the Islands to complete the conquest: This time with success.

The Spanish colonization of the Philippines was wrought with abuses committed by the clergy, blatant racial discrimination, cruel exploitation of farm laborers, forced labor, and corrupt and pompous governors. And there was an almost total absence of representation of the native population in the government, and any native officials were at the lower and local levels of government, and certainly none were at higher levels that could influence the colonial power of Spain.

In 1886, a Filipino mestizo by the name of Jose Rizal began writing about the abuses of the clergy and Spanish government, and pushing for agrarian reform. Rizal was a well-educated man, a linguist, as well as a physician; he mingled with European intellectuals and even had influence on political movers in the colonizers' home country of Spain. Needless to say, the Spanish government was not happy with Rizal's political activities, and exiled him. When Rizal published two novels ridiculing Spanish clergy and government, it seemed it was all the colonizers could take. When revolution broke out, led by the revolutionary group called the Katipunan, Rizal was blamed for involvement in the revolution by Spanish authorities, though in actuality he was not involved in the armed struggle; Rizal's emphasis was always on reform and not revolution. In 1896, Rizal was executed by firing squad: Refusing to wear a blindfold, the young, passionate reformist said he wanted to see the sun shine on his homeland one last time.

Unfortunately for the Spanish, the execution of Rizal did not deter the rest of the population and its fervently revolutionary element. The Katipunan were ignited by the unjust execution of the native hero, Jose Rizal.

Andres Bonifacio and Emilio Aguinaldo were the leaders of the revolution which ensued in 1896 and was complete by 1898. By 1898, America had declared war against Spain and began to take her territories, including Cuba and the Philippines. Under the pretext of helping the native Filipinos and restoring their independence, America joined the fight against Spain in the Philippines; however, the American government's intent was really to retain the Philippines for herself, to make it the equivalent of an American colony. Therefore, there was the Philippine-American War between the US and the Philippines between 1899-1902. Mark Twain was one of the most fervent critics of the war, though at first supporting it and believing it to be a humanitarian venture; he realized at some point that it was merely a business venture and America brought its own cruelty and torture to the Islands to match the former Spanish oppressors. Thus, Twain brought the fight to government and business with his Anti-Imperialist League. However, to no avail, and the Philippines became a territory of the US after much bloodshed and torture.

Effects of American Colonization of the Philippines on America: Some Conclusions, Observations, and Things to Consider

As is a usual side effect of war and colonialism, there was an influx of immigrants from the subjugated country to the colonial power's home. Much of the immigration from the Philippines into the US in the first half of the 20th century was contracted, cheap farm laborers who were terribly exploited and who lived in substandard conditions in the US. Out of this experience came the famous Filipino-American writer and political activist, Carlos Bulosan who was persecuted and eventually destroyed by the FBI.

It is important to understand the full scope of the Philippine experience including how US foreign policy helped to shape immigration trends that influenced the environment of America itself.

So, in the first half of the 20th century, such immigrants as students, nurses, and poor laborers came from the Islands to America; and for the most part it was a rough go; poverty, discrimination, and violence were a part of life for the average Filipino in America at this time. But it is important to remember this phenomenon is not unique to Philippine-American relations, but occurs, in some form or another, in any foreign venture in which the US is engaged. It is extraordinarily important to understand how these actions of the government affect the whole global community. The places and people change, but the story fundamentally remains the same: We hear of torture, the high death toll, questionable motives for war, economic influences, former colonization of lands in which we are at war, and the plight of immigrants coming to the US facing ever more challenges which include a local backlash and the psychological and material after-effects of war.

It is relevant that we are currently involved in several wars, at least two have lasted around a decade. It is undeniable such involvement across the globe will affect us here at home. It is important to be conscious of, and to bring an understanding to, the changing homeland environment. We have the children of war coming to our shores and we have a responsibility to understand what we've had a hand in creating for them, and what will be created for them now.