What does it mean to be a woman in a modern family, or a man? We have been asking ourselves these questions for the last forty or so years, but I just don't know if we, as a society, have worked out all the answers yet. And maybe there are no real answers, it could be that it's subjective to every relationship and personality type...

While I would have thought it safe to say that a lot has changed, that women are no longer expected to be homemakers, and men do not have to take on the tough guy role, judging from an article here on hubpages by a marriage therapist that was followed by a lengthy and lively debate, that is clearly not the case. While its really only a small portion of society that is still mired in a 1950s June Cleaver mindset, there's still a healthy chunk of the issue that continues to ruffle feathers, confuse, irritate, and enrage.

In my own house, there are no clearly defined roles as to what is "female" and "male," especially as far as housework goes. I'm a lousy cook. Luckily my fiancée excels in the kitchen. He also takes care of the dishes, the sweeping and the mopping. I'm messy, untidy, and, I'll admit it, a bit of a slob. So my fiancée tends to do most of the general organizing and tidying up around the house. To make up for my lack of culinary ability and clutter-prone nature, I compensate by taking on the gross stuff-- I clean the cat litter boxes, clean the bathtubs, unblock drains, and do the heavy-duty vacuuming. I go on a monthly house-cleaning rampage, scrubbing all the places he misses, behind the sink drains, the baseboards, smudges on the walls, you name it.

Just to make things clear, my fiancée is every bit a "manly man." He's into cars, football, and golf. He eats red meat, and does all the stuff around the house related to tools. He is very confident in his masculinity, comfortable enough that he doesn't feel threatened by wearing the cook's apron. He also always takes out the trash. And I do the laundry.

The division of housework we've somehow fallen into works out pretty well for us. My fiancée doesn't feel in anyway emasculated by doing the dishes and the cooking, a well-ordered kitchen is something he takes pride in. I take a strange satisfaction pulling globs of hair from uncooperating drains, and none of our friends or family members seem to think that this sort of division is in any way strange. We're a modern family, I guess you could say.

When it comes to our two-and-a-half-year old nephew, who is practically our adopted child, my fiancée is the primary caregiver. Because my nephew does not have a father figure in his life, he gravitates to my fiancée, who showers him with love and affection. Yes, affection. My nephew is far more likely to come to my fiancée for a hug, to kiss a boo-boo, or a cuddle with a story. When we put my nephew to bed, he snuggles in with my fiancée every time, and usually requests a backrub or bellyrub.

Because of our home dynamic, my fiancée and I have decided that when we have a child, (which is still a few years off) he will be a stay-at-home dad. I don't feel that I have it in me to be the stay-at-home mom type, I'm afraid I'd go stir-crazy. I know that while I'd likely be able to do a passable job at full-time parenting and keeping a house, my fiancée would be far, far better at it. Being a stay-home dad is something my fiancée is genuinely excited about, while to me it feels like kind of a chore. And we are very happy with our decision.

So imagine my surprise when I started telling people about our plan. Reactions ranged from condescending to pity to shock. I was told by one friend that maybe I shouldn't have children if that was how I felt. "Some people just aren't cut out to have kids, maybe you're just one of those." I was told that men lack the innate ability to nurture a child the way a mother can. People questioned both my mothering instinct, and my fiancee's masculinity. Somehow I was less of a woman, and he was less of a man. I was very surprised, especially since I thought that it was now considered to be socially acceptable to have a working mom or a stay-home dad. Families are doing it every day, all across America.

What I finally realized, was that it is okay to do things this way, but not by choice. Men are only supposed to be the ones to stay home with the kids if that's just the way things worked out. Unemployment, finances, a career that is impossible to break from for the wife. Women are allowed to go to work, but there has to be the same justification. Then it's okay, because everyone knows that in a perfect world things wouldn't have to be this way. People are less likely to look down on you when they feel free to pity you. The problem with the scenario my fiancée and I have dreamed up in other people's eyes is that we're happy about it. We are choosing this way of child-rearing, and strategically planning to make it a reality.

It's not that I am uninterested in my home, or the prospect of raising a child. I'm very home-oriented and family oriented. I do take a lot of pride in our house, it has been a labor of love over the past year. I absolutely love being second mom to my nephew, he brings so much joy into my life. When my fiancée and I do have a baby, I'd like to take about a year of maternity leave, if we can swing it. I just don't want to have to feel tied into the homemaker role, especially when I am lucky enough to have found a man who is not only willing to do it, but excited.

I feel strongly that as long as the household is being taken care of, from finances and bills, to cooking, cleaning and childcare, it doesn't matter which partner is doing the work, as long as both are satisfied with the division of labor.

It is often gender stereotypes that contribute to a lot of UNHAPPINESS in relationships. Inadequacy and frustration result when people feel that they are constantly striving to meet a socially constructed gender ideal that is impractical and at odds with both their own personality and the marriage dynamic. I do agree with the fact that men often need to feel a sense of pride in their manhood, and women like to feel feminine. Yet the ways that can be achieved is not gender-specific, but specific to the individual and the couple. Just as people are attracted to different physical attributes and have different sexual preferences, they are also attracted to different personality characteristics in a mate.

Pidgeonholing men and women into specific roles and behaviors is missing the point. People like to feel needed as well as appreciated. It is up to each partner to figure out what they can bring to the relationship-- what they will be needed for, what roles they can fill, and most importantly, what contributions they can make that will most make them feel empowered, whether it is in a masculine or a feminine way. In addition, each person needs to find the ways that are most comfortable for them to express their appreciation to their partner. While this may mean caring for a partner while HE or SHE is sick, cooking a nice meal, or dressing up in skimpy lingerie and vacuuming the carpet, there are many, many, other creative and heartfelt ways to express love and gratitude. Couples will not need to rely on generic one-size-fits-all models of marriage and gender roles if they take the time to truly get to know their partner, to find out their likes and dislikes, and find out what will work in their unique situation. 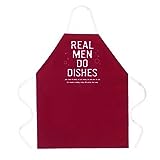