Prison in Guantanamo Bay, Cuba - Why Should We Close Gitmo?

I live in Houston and have worked as a nurse. I have a lifelong passion for traveling, nature, and photography (preferably all together!).

Should We Close Guantanamo Bay Prison in Cuba?

One of the very early commitments that President Barack Obama made to the American public was to permanently close Guantanamo Bay prison. I believe this decision was made hastily in the wake of the shameful action some of the guards perpetrated upon the detainees in Abu Ghraib prison in Iraq which was widely publicized worldwide. Punishment was meted out to those who teased and humiliated the terrorist prisoners with imposed nudity and shameful poses.

The torture techniques like waterboarding utilized to get information from the terrorists has been halted due to a public outcry against those forms of interrogation. Most people agree that the United States should be a better model for the world with regard to human rights.

It has been proven that getting information from any prisoner through any form of torture rarely gets good and actionable information in any case. Under torture people will say what they think their interrogators want to hear.

United States Republican Presidential candidate in 2008 John McCain was a prisoner of war in Viet Nam for many years. From his status as a U.S. Senator from Arizona he continues to be a loud voice and prime force against using torture to extract information from prisoners.

Are any of these good enough reasons to close Guantanamo Bay prison? I think not. We have a long standing arrangement with Cuba and have this base on their shores which has been used as a prison for some time now. It has been developed into a state of the art prison.

Guantanamo base is now being used to hold terrorists that would be happy to kill American citizens as well as other citizens around the world for that matter. These are dangerous people! Few other countries have offered to help house these terrorist prisoners.

About 11 to 14 percent of those that have been released have gone back to their intent of creating more terrorist attacks against innocent people from what I read.

Fortunately (from my personal perspective) the Senate overwhelmingly voted against this infusion of money to achieve the goal of closing Guantanamo Bay by the end of this year. This was a united vote by both Republicans and Democrats who do not agree with this hasty move.

President Obama has already made a speech today trying to influence many into changing their minds. This is at a time when the economy is suffering and our dollars are already being stretched to the limit.

Why spend more money (80 million dollars!) to close down a state of the art prison that is housing terrorist detainees that no state in the U.S. wants and other countries also do not desire to have in their existing prisons?

Only a few countries have offered to take a handful of the prisoners. This will not solve the problem. We need many more countries to offer their services to safely house them where they will not be tortured nor released back onto the streets to do more damage.

Most people are aware that prisoners in current prisons already conduct business from their cells. Do we want people committed to ending our very lives mixing with other criminal elements and perhaps recruiting them to that cause?

Do we want to bring the terrorists into any of our towns or cities prisons where that town or city might then become a target for riots or even worse?

If in the end Guantanamo Bay prison is shut down what will happen to that offshore facility?

Personally I believe that closing Guantanamo will in no way advance U.S. national security. In fact it may have the opposite effect. Can we afford to take this chance?

Another discussion entirely regards presenting charges and having those enemy combatants tried for their alleged crimes. That has nothing to do with where they are detained.

What do you think? Should our Congress abide by the wishes of President Obama and fund the transfer of the prisoners in Guantanamo Bay, Cuba onto our shores where it will incur tremendous added costs and be a possible further threat to our security?

Update on prisoners (detainees) at Guantanamo

According to a New York Times article posted on January 3, 2013 six hundred of the total of 779 people who have been held at Guantanamo have been released to other countries. That only leaves 169 people who are still alive and being held there.

Two years after President Obama's first inauguration as President he reversed his original intent and allowed military trials to start again at Guantanamo after efforts were thwarted to bring the detainees to the U.S. in various places to stand trial.

Lawmakers remain concerned about the transfer of dangerous terrorists out of Guantanamo to places like Yemen and as of January, 2013 Mr. Obama signed a bill which restricts transferring prisoners out of Guantanamo and also existing prisons in Afghanistan.

Thus at least for the present time Guantanamo prison will still hold those prisoners deemed as a serious threat to the safety of not only those in the United States but also freedom loving people around the world.

January 1, 2018 still has Guantanamo Prison open and operating. Mr. Trump has now been the United States President for almost a year. No changes seem to be on the horizon with regard to making any policy changes regarding Gitmo. That discussion seems to be on the back burner at least for now.

Should Guantanamo Prison in Cuba be closed?

Location of Guantanamo in Cuba 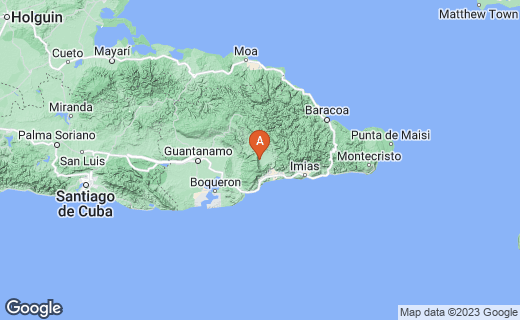