Rohan supports West Papuan independence from Indonesia. He is a writer based in Chennai, India.

Where is West Papua?

West Papua is the western half of the island of New Guinea, located just above Australia. New Guinea, at 785,753 square kilometres, is the world's second largest island, after Greenland. It is a region covered in steaming jungles, with highlands running along the centre. It is known for its numerous tribes, some of which have never been contacted by outsiders. It is considered one of the last truly wild areas of the world. It is one of the only places which contains snow-capped mountain peaks and glaciers right on the equator.

The distance from Northern Australia to West Papua is roughly 230 kilometres. 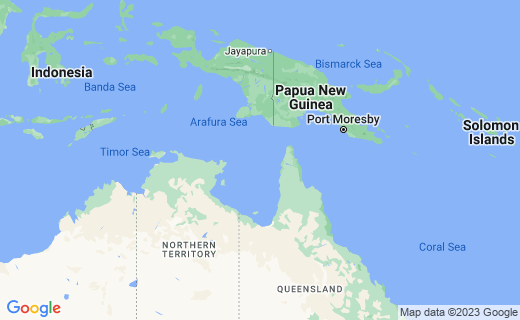 What is the problem?

The region now known as West Papua was once a Dutch colony known as Netherlands New Guinea. In 1961, it received its independence from the Dutch, but within one year, in 1962, was invaded by Indonesian troops who began violently suppressing the people of the land.

A vote called the 'Act of Free Choice' was held in 1969 to determine if West Papua was to become a free nation, or remain under Indonesian control. 1,200 village elders were picked to vote on behalf of a population of over 2 million people. They were threatened at gunpoint by the Indonesian military to choose to remain under Indonesian control. The whole exercise was a sham, and yet was recognized by the United Nations.

Many decades later, West Papua remains under occupation by Indonesia. It is divided into the provinces of Papua and West Papua. It's citizens are treated inhumanely by the Indonesian military and the settlers from other regions of Indonesia.

The Indonesian government's transmigration program is bringing thousands of settlers into the region. West Papuans are becoming a minority in their own land.

The police force and army in the region are filled with Muslim Indonesians from other islands such as Java and Bali. The natives, many of whom are Christians, live in poverty, touting vegetables and meat on the town streets.

The rich mineral,lumber and land resources of the region are being depleted with West Papuans having no say in matters. They are forced to flee their villages and hide in the jungles because of frequent, bloody raids by the military. Many people simply disappear without a trace.

Indonesia has the highest rate of deforestation in the world, and having exhausted its supply of lumber on the once densely forested islands of Sumatra and Borneo, has shifted its attention to West Papua. Deforested areas are quickly turned into oil-palm concessions.

Who is the culprit?

The main culprit is the Indonesian government, which refuses to recognize the sovereignty of West Papua. It is engaged in exploiting the land of its vast resources of minerals and lumber, and in ethnic cleansing of the native cultures, replacing them with an alien culture that belongs more to Java than to West Papua.

What is the US doing?

The United States which often engages in military interventions in other parts of the world, refuses to take note of the happenings in West Papua. It appears to be driven by a fear of destabilizing the dynamics in the resource-rich region. Incidentally, West Papua contains the Grasberg mine, which is the largest gold, and third largest copper mine in the world.

What is Australia doing?

Australia, which formerly controlled the nation on Papua New Guinea (the eastern half of the island of New Guinea), is a close ally of Indonesia and supports its claims on West Papua. Prime Minister Tony Abbott has stated that Australia will not tolerate attempts aimed at undermining Indonesian control over West Papua.

Why should I support the West Papuan freedom movement?

You should support the West Papuan freedom struggle for the following reasons:

How can I help?

There are numerous ways in which you can help the suffering people of West Papua attain their dream of freedom from the oppressive rule of Indonesia.

If you know of any other ways in which the message of West Papuan freedom can be shared with the world, do post in the comments section.

Do you support the West Papuans' struggle for freedom?

Express your solidarity with West Papua

It is our responsibility as human beings to raise our voices in protest when our brothers and sisters are treated worse than animals. In this era of the internet, one doesn't always have to be in a place to participate in an activity. It is possible, even while being thousands of miles away, to make a mark.

It is a shame that the powerful governments of the world choose to keep silent on West Papua despite the terrible atrocities that are being perpetrated there.

You and I, as individuals, can help raise awareness around the world on the situation in this region. We can help rally global opinion against Indonesia. We can make a difference!

Please make it a point to share the message of the suffering people of Papua with those you know. Lets not let crass commercial interests triumph over what is truly precious: the value of every life!