Iran, Russia & China vs. the US, UK & Israel | Is the War In Iran Inevitable? Is it Justified?

Here's What My Thoughts Are....

US & israel should NOT go to war with Iran

I notice a lot of people are pretty switched on when it comes to world affairs, but not many people seem to be very aware of the current situation between Iran (& its allies) and US, israel (& their allies)...

it affects everyone world wide because if the US does mount an attack on Iran on israels say-so, then Russia & China have already confirmed they will protect Iran, as they have strategic interests within the Islamic Republic. In the prior years, it has been clear that nuclear weaponry has scarcely been used, in fact the one time it was used was by the US, who is funnily enough now protesting against Iran supposedly developing nuclear weapons!!!

This time however, should America invade Iran with israels support, this may just turn into a nuclear world war catastrophe...

Additionally, those of you who follow world affairs will probably remember a very similar stance on the part of the US over a decade ago...after the September 11th attacks when the US invaded Iraq...now we are facing yet another war. With yet another muslim country. For, yet again, no valid reason...

You can take a quick look at the three articles below that cover these points..

WHAT ARE YOUR THOUGHTS ON THIS????

The international community has numerously voiced its support for nuclear proliferation, esp. when dealing with a regional power like Iran. However, some countries go further than that. Prominent scholars and officials voice a possibility of a war with Iran and in some cases even promote it. Is it a rational approach? How justified would this war be if there is still no evidence that Iran has nuclear weapons in its arsenal? And who is being more rational: Western powers or Iran when it comes to their geopolitical interests? 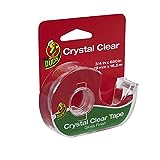 A Quick Poll - Do You Believe the US & israel are justified in going to War with yet another country?

In response to the allegations made by the US & Israel,officials in Iran have promised a crushing response to any military strike against the country, clearly warning that any such measure could r

Pat Buchanan implicitly states that going to war with Iran would be a 'Disaster' for not just the Middle East, but the entire world.

If Iran have zero nuclear weapons & israel have over 300 atomic bombs...

then who is an existential threat to whom?

Lingering Thoughts ~ Pray for the Best, Prepare for the Worst

Although things in the international arena seem to be getting worse and worse, most people in the UK, US and the West overall seem oblivious to the harsh realities facing people living in the same world as us, in the same era as us, breathing the same oxygen...as us. In most cases, if you dare to voice your opinions on such topics in a world where people are more concerned about Jersey Shore rather than the shores of Iran, you are seen to be strange. Or a conspiracy-theorist at the very least! The simple truth is that we just dont know the truth about most things that shape our societies & our futures today.

We really need to recognise that for things to improve, the people need to take a stand. We can start first and foremost by educating ourselves on whats going on around us, and ensuring that we propagate this information to whomever we can.

I recently came across this website giving pointers on how to survive in times when social unrest is spreading from country to country - a thought that is terrifying & deeply saddening at the same time. I honestly believe the people can make a real difference by informing themselves and others around them at every opportunity possible!

It really does come down to a case of praying for the best, but preparing for the worst because every single presidential candidate in the running this year, besides Ron Paul, is pro-war - as all of them unanimously believe that the US should follow israel into another useless, unnecessary, avoidable war. Hope fully this revolution that has begun including the likes of ordinary people like you & me will continue to grow & people across the globe will be enlightened to the realities of what we are truly facing!

Your Turn - What do YOU think?

Do you believe the US should go to war with Iran & risk starting another world war? Do you feel US & israel are morally justified in 'cracking down' on Iran? Should any nuclear country have the right to dictate whether another can research & develop nukes? Are pre-emptive war strikes acceptable?

What would you do if Martial Law was implemented in your city?

Would you know what to do if you woke up one day and saw the military patrolling your streets?

Would you feel safe in sending your children to school knowing there is the need for the army to be visibly present amongst the civilians?