Elections, Are They Ever Over?

It seems like political elections never end. Once elected, they continue to campaign to make sure they are re-elected.

First we had campaign rhetoric and no real solutions to America's problems. Then we had the election and the power changed hands nationally, then the parties began in-fighting over who will have more power and putting America's problems on the back burner, once again.

The Tea Party gained strength with the winning of Tea Party candidates. Putting added pressure on the Republican party to stay to the right. Michelle Bachmann, the Minnesota Republican and Tea Party aka. constitutional conservative was fighting for power within the GOP establishment. Dick Armey a former majority leader of the GOP and the leader of the Freedom Works PAC was putting pressure on Tea Party candidates as well as Republicans and stating that Obama Care repeal is "non-negotiable".

Eric Cantor and other influential Republicans stood behind another candidate from Texas, Jeb Hensarling who is a known fiscal conservative. While John Boehner continued to say that this election was a referendum on Obama, he was going to be taking the most powerful position of the GOP and the next election could be a referendum on Boehner and the GOP, after all Sarah Palin had spoken and when she spoke, the Tea Party listened.

"My god, hasn't this woman done enough." It's pretty much what most Democrats have been thinking about Nancy Pelosi. Many blamed her for the "Democratic Failure", others revered her as a strong leader. Either way, she wasn't going anywhere. She announced that she would run for minority leader. She stated that many leaders were backing her to continue the fight for the middle class. Others said, after the beating she took, they needed to concentrate on jobs and strengthen the economy instead of policy changes.

So for all the political wrangling in the party, if Nancy Pelosi wanted it, she'd get it. Heaven help the Democrats?

The other Republicans, better known as the GOP were getting geared up to take power. Eric Cantor said, they were ready to do what they said there were going to do. What would that be?

On Nov. 4th, he announced that their first line of business; no it wasn't jobs or the economy, it would be to devote more time investigating and exposing the Obama administration. He wanted every committee chairman to investigate anything the Democrats touched, while also encouraging individual lawmakers and groups to conduct their own "studies". He also stated on Fox News, to the GOP that the question was not whether Obama was willing to work with Republicans, but if the GOP were willing to work with him?

In Texas, Rick Perry and the Republicans were quickly looking into cutting Medicare, so for the 60% of the elderly and the poor that voted for the Republicans, they were going to get what they asked for. No more CHIP insurance for the kids and the elderly better hope to have some money put away for medical expenses because if their campaign promises were kept, they wouldn't have the security anymore. In 2005, seniors were outraged over privatizing Social Security, but then they handed the gavel to those that wanted to do it.

The only thing saving the seniors and their medicare was the Democrats and programs like AARP, which Republicans used as a reason why "they" couldn't get it done and continue the blame game.

Republicans came out to say that with their power they would reduce public worker's benefits and scale back social services. Republican Governor elect for Wisconsin, put it plainly as "it's time to put up or shut up." They were also looking into "privatizing" many of the social programs which will cost many Americans their jobs, but the corporations that take over would make plenty of money. This went hand in hand with removing "barriers" from businesses so they could continue to grow.

America, asked for it, and braced themselves for a very bumpy ride. We had it bad when the Democrats were fighting the Republicans, with the additional party who ran and was voted for; the Tea Party, America could have been in for a real shake up.

Much to do about nothing

With all the promises and all the threats..politics continued to be just that, politics. Promises, fear tactics and on the whole, nothing has really changed. The politics is alive and well in America. 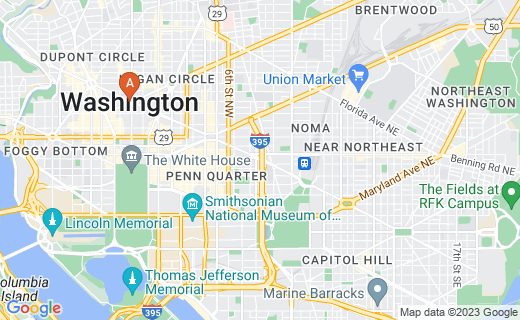