Many Men Never Left Andersonville But My Ancestor Survived

I knew that my great-great grandfather survived the notorious Andersonville Civil War prison, but I didn't have many details on that time in his life. In particular, I was curious about his leaving the prison.

The prisoner exchanges had broken down with the North and South unable to agree on the exchange of captured black soldiers. As more captured Union soldiers poured into the prison, with none leaving, the conditions became increasingly horrible. Over 12,000 of Andersonville's prisoners of war were buried in the cemetery near the prison.

My grandfather survived and was paroled from Andersonville in December 1864. How did this happen? Apparently, his release was just in time as he was suffering from the many illnesses that killed other prisoners. He weighed a mere 73 pounds at the time of release, so was just skin and bones after being six months in Andersonville.

Read on to see what I discovered about his release.

What Was Happening in the War That Affected Andersonville - Fall 1864

Sherman's troops occupied Atlanta in early September of that year. Those in charge of Andersonville feared that Union raids on the prison at Andersonville might free the huge number of prisoners, so they started transferring them to other prisons in South Carolina and Georgia.

Only about 1500 prisoners remained by mid-November. My ancestor was one of those still in the prison as far as I can tell. Some accounts by survivors tell of being transported by train to South Carolina but later being returned to Andersonville as troop movements and events of the war unfolded.

There were fewer guards to watch over the reduced prison population. One report that I saw said the sicker prisoners were the ones left behind in the prison. Since the more able prisoners were shipped out, the ones remaining suffered from lack of care that earlier they received from their companions.

Transfers to Andersonville in late December increased the numbers of prisoners once again but only to 5000. The prison was still a putrid hellhole but at least the crowding had been reduced.

I never felt so utterly depressed, cursed, and God-forsaken in all my life before. Pvt Walter Smith

Review of Andersonville: The Last Depot 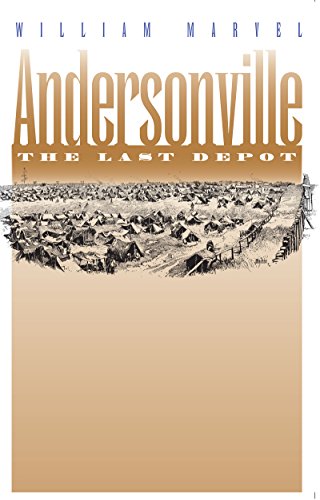 This book helped me find perspective on the treatment of the prisoners and the food shortages. It includes extensive material from first-hand accounts like diaries and letters. It also references official reports that show the difficulty in getting supplies and needed food for the overwhelming number of prisoners. The political issues leading to such overcrowding were explored from both sides. (va)

Abraham Bates Tower was not fortunate enough to be in this exchange. From what I've read, the more desperately ill prisoners remained behind.

It is possible that my great-great grandfather was on this steamship, shown below. His parole date was a few days before this newspaper issue came out.

In his pension file, it says he was exchanged at Florence, South Carolina.

Take a look at the link below which takes you to a sketch of the ragged, emaciated prisoners receiving care on the steamship New York. It's a wrenching sight to see their skeletal appearance and the remnants of clothing that barely covered them.

In looking at the sketch, it helps me visualize the condition my ancestor was in at the time of his parole. Besides viewing the sketch in the Harper's Weekly of December 10, 1864, read the newspaper account of the care given the released prisoners on the steamship New York.

This Civil War Harper's Weekly features a sketch and story on Exchanged and Freed Prisoners aboard the steamship New York. The article says the freed prisoners were given baths and new clothing to replace their rags.

Earlier, I'd found the book The Horrors of Andersonville by John W. Urban (at that time, free online to read). It described the New York. In the case of Urban, he was so ill after his release from Andersonville that he remained in the hospital for seven months.

That book is no longer available on Google Books, but you can find some free online books about Andersonville to read and download on Project Gutenburg.

I imagine that Camp Parole had a similar place (see above photo) for the recuperating paroled prisoners to eat. I've searched quite a bit and there are very few photos of Camp Parole, Maryland from the Civil War era.

The family story goes that Abraham Tower traveled home to Crawford County, Indiana, only to find that his wife and children were no longer there. He reunited with them in Missouri where they had gone to live with his wife's sister. He was missing and presumed dead after the Battle of Brice's Crossroads.

It turns out (according to his pension file), that he was given a 30-day furlough. I can't imagine how he traveled across a country still at war to reach his family in Missouri.

Here's the description of him when he arrived there, "He was then suffering from a severe pain in his left side and breast and also with a severe cough and also suffered from the effects of scurvy. Physically he was a living skeleton and weak, totally unable to do any manual labor or whatever while home on the furlough. Only weighing about seventy-three lbs. while his average weight being one hundred and thirty-three lbs."

While home on furlough, he continued afflicted as aforesaid and returned to his regiment--sometime in January 1865 and was discharged in August 1865."

By Steamship to Camp Parole, Maryland

Drawing of Released Prisoners on the Steamship New York

Found on the Civil War Forum

Private John Mason Labbree of Pennsylvania was paroled at Charleston, SC from Andersonville on December 6, 1864. He went to a Union Hospital, Camp Parole, on December 17, 1864. He spent six months there recovering, then was released from the hospital. Discharged June 18, 1865.

Read the Diaries of Other Prisoners at Andersonville

I'm not sure if he was of any use to his regiment in the condition he was in.

His pension file says: "I had no medical treatment until I was paroled and sent to Columbus, Ohio about the 12 June 1865. There a surgen of the post attended on me after that at Mobile, the surgeon of the post 2nd Regt. attended on me. I do not know his name. Then in June 1865, the surgeon of the 26th Regt. of Indiana gave me treatment. The Civil War mostly ended with General Lee's surrender of his army on April 9, 1865. The last fighting of the war was in June of 1865, then Confederate General Stand Watie surrendered his troops on June 23, 1865."

He Suffered from Scorbutus and from Months of Starvation

Clues to Date the Photo

The identity of Abraham Tower is not in question here. This photo is similar to later well-identified photos of him.

The family say the infant is a grandchild, but no one know which one. Here are some possibilities.

What if it isn't a grandchild, but their own child, daughter Mary Louisa Tower? She was born in 1866. The emaciated condition of Abraham in this photo would match with the description in his military records of a very sick man who suffered through 6 months at Andersonville.

The dress worn by Abraham's wife, Nancy Angeline, could be from that time or even into the 1880s which is when their first grandchildren were born. Below are some possible grandchildren but we can't know which one is actually in the photo.

We know the photo is before 1909 since that's Nancy Angeline's year of death.

Have You Researched a Civil War Ancestor?