Can We Really Trust AUTISM SPEAKS?

Why Autism Speaks is No Good for Autistics

Okay, so you want to donate to Autistic Charities. Good for you!

Autism Speaks isn't one of them.

I could just tell you about how every single Autistic individual I have ever spoken to seems to hate the "charity" with a passion. But if you want proof...

Much of their "education" on Autism is deliberately demonizing Autism / Asperger's Syndrome, which as you can imagine is the last thing ANYONE Autistic actually needs. Their most famous video, Autism Every Day, even features a mother who admits in front of her autistic daughter that she had contemplated carrying out a murder-suicide because of her child's Autism.

(Ironically, only a few days after the video's release, one mother did just that to her own daughter. Check out "Karen McCarron" below.)

There are no Autistic members in any controlling position of Autism Speaks, only parents and other related family members. As you can imagine, the divide between "Being Autistic" and "Putting Up with someone else's Autism" is a BIG difference, given how social slights and other communication issues are part and parcel of Autistic behavior, even though it doesn't have to be. As a result, with such lopsided representation, they can hardly presume to speak "for" Autism in any sense.

There exists a very vocal contingent of Autistics online who are appalled with Autism Speaks right down to the choice of logo (They don't appreciate being called "Puzzles", to be honest.) In fact, even MENTIONING Autism Speaks will spark flame wars in Autistic Communities, backed up by plenty of evidence from shunning at Autism fundraisers and conventions to the sheer lack of support they provide current Autistics in favor of long-term "research" that allows them to splurge on PR stunts and lavish corporate expenditures without having to show any proof of the progress they're making with all that money, while true Autistic Charities are choked for funds because it all goes to Autism Speaks.

Fortunately, there ARE alternative charities which would have a far better impact. The Autistic Self-Advocacy Network and the Dan Marino Foundation are the best alternatives I can recommend to you. Please consider them as your charity to support instead of "Autism Speaks".

I assure you, Autistics prefer to speak for themselves.

emember, "Awareness" is a very empty word unless it's coupled with "Action".

Please take action today by supporting your Autistic Chartity of choice -- as long as it's not Autism Speaks!

What do you Think?

(Relax, you don't need an account to voice an opinion! Just type it into the box and let it fly!)

Think Autism Speaks has Changed? - Think again - New Video, "I Am Autism", is More of the Same!

Earlier this year, Autism Speaks asked for several family-submitted clips of autistic individuals and their families for a video designed to "shine a spotlight" on Autism.

... And then here's what they did with the clips.

Would YOU want yourself or your children associated with this kind of propaganda? Would you have submitted clips to these people if you knew they were going to do THIS with them? 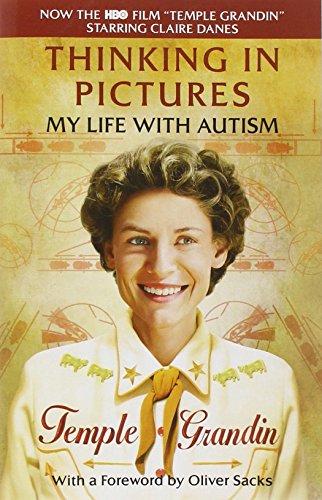 Thinking in Pictures, Expanded Edition: My Life with Autism
As an individual with Autism (and an inspiration on several levels), Temple Grandin's story is a must read!
Buy Now

Five Things Autism Speaks Must Do Before I'll Support Them - (Like that'll ever happen.)

The Dan Marino Foundation - A Charity that gets it Right!

The Dan Marino Foundation focuses on adult services, recognizing that chidren with Autism grow up to become adults with Autism, and as such donations go to treatment options, helping Autistic individuals seek employment, self-sufficiency, and enriching their lives!

... which, y'know, is what people living with Autism actually need, instead of endless fundraisers for "awareness" and long-term research.

Still, if you're looking for a good Autism-based charity that's a solid alternative to Autism Speaks, the Dan Marino Foundation is a solid choice!

Autism Speaks: Don't Speak for Us

Books on Autism from Amazon!

(Note -- I'm not always sure which books on Autism are the best to provide. if you think any of the books listed below are offensive to Autistics, speak up so I can replace them with a more worthy book!) 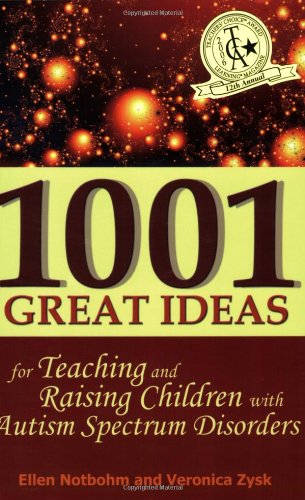 Has this lens opened your eyes? Is there something more I could add to it? Let me know!