This coming year will be our 10th Birthday and we plan to celebrate with a fun party.

Photo: Official logo used by Pendleton Pride In Motion during the Playground Project. Used with permission.

A Tragic Accident Takes The Life Of One Of Pendleton's Youth

The community was stunned at hearing the news of young Barrett's death on June 9, 2004. People were at a loss of how to help the family and the many friends who were grieving. Even folks who did not personally know the family were heartbroken and wanted to do something.This had to have been on Jo McConnell's mind when she had a dream about a playground in memory of Barrett. She presented the idea to an organization called Pendleton Pride In Motion. This group found out that Susann Griffin had previously approached the town with the idea of a playground and had obtained information about a company in Ithaca NY, Leathers and Associates, who specialized in Community Built Playgrounds like the one she had taken her son to in nearby Anderson SC. The town had not been able to make any progress on the project and the idea that it be built in memory of Barrett stimulated much interest.Pendleton Pride In Motion (PPIM) sent out letters to interested citizens asking for donations to cover the cost of applying for 501c3 Non Profit Status. More than enough money was received and status was granted to PPIM. The next step was to contact Leathers and Associates, the company out of Ithaca NY.

A Steering Committee is formed

On March 23, 2005 Susann received a proposal from Leathers and Associates in which they stated:Your completed project will be worth about three times the initial cost. For an average playground, the total value of your project can be estimated as follows:Volunteer labor 68%Materials 24%Leathers' design fees 4%Leathers' construction consulting 2%Miscellaneous 2%Leathers and Associates had sent a designer to Pendleton in February. He spent one whole day interviewing Barrett's family, talking with elementary school children, touring the town and Veterans Park. I am still amazed when I think that this design was created and put on paper in only one day. The rich history of our town was included in the design with the entrance being a replica of Farmers Hall along with other historic sights. The design also included things that were special to Barrett such as a wooden replica of his dirt bike, a wooden tent, and lots of turtles.Leathers recommended the following committees. These committee chairmen became the Barrett's Place Playground Project Steering Committee.General CoordinatorsChildrens CommitteePublic Relations CoordinatorsVolunteer CoordinatorsFundraising CoordinatorsChildcare CoordinatorsCoordinators for ToolsCoordinator for Special NeedsCoordinator for FoodDonated/Purchased Materials CoordinatorThe Steering Committee met regularly and all helped each other.

Fundraisers were held almost every weekend for 6 months

The estimated cost of this project was $111,000. We were able to add 3 Picnic Shelters to the adjacent area and still have some money for continued improvements and maintenance. Pendleton Pride In Motion received a PARD Grant in the amount of $20,000 as well as Grants from Palmetto Pride and Carolina Panthers. We had some large donors such as $10,000 from Palmetto Bank and many Individual and Corporate donors. We sold brick pavers, pickets, t-shirts, koozies, Equipment Sponsorships, totebags, magnets, caps, hand print tiles and had numerous fundraisers. The local Churches, Schools, and Organizations were also holding fundraisers and working to raise money for this great project.

The first thing that the Fundraising Committee did was have an Email Tag Game. This simple game raised approximately $1,000 which was our seed money. Each committee member was asked to send an email stating:

This game will run from March 21 - March 31. If you are using a business email, please clear with your employer before playing. Thank you.All you have to do is 3 things if you choose to play:(1) respond to me and let me know that you are playing. You can only be tagged once and should respond to the First Tag.(2) Write a check for $5 to Pendleton Pride in Motion (PPIM) - For: PLAYGROUND and mail to me at:(3) Then FORWARD this to as many people as you can adding a personal short note asking them to read my email message and that you hope they will play the game.

The Fundraising Committee Member who received the most money received a free T-shirt. We had $5 checks coming in from all over the United States and a few from out of the country. It was a fun way to jump start our efforts and spread the word about what was going on.Other fundraisers were:- We waited tables at six restaurants and the tips went to the playground.- Adult Cooking Class- Kids Cooking Class- Grocery Give Away Drawing- Gala and Silent Auction- Parents Night Out- Sock Hop and Car Show- Timeshare Bid- Teddy Bear Tea- Golf Tournament- Ladies Coffee and Fashion Show- Poker Run sponsored by the Class of 2005 Leadership Pendleton- Bake a Baguette- Super Fun Saturday - Squares on empty store window were sold for painting. Other groups sponsored a Low Country Boil, Birthday Party, Yard Sale, Car Washes, Corn Maize, Bubba Bake Off, Super Fun Saturday and more. All 5 schools in our Anderson 4 School District participated in the "Change Our Community" challenge--a competition between the schools to raise money. Each school collected change in jars placed around the schools..

We used the following companies for our Brick Pavers, Pickets, and Tiles:Palmetto Routers - Wooden Engraved Pickets surround the playground and these are still available for purchase. Children, Adults, Groups and Businesses enjoy seeing their name permanently displayed at the playground. The Beck Family purchased the routing equipment from the company that we dealt with because that company went out of business. They started their own company, Palmetto Routers, and are now making pickets for our playground as well as for playgrounds across the country.If interested in purchasing pickets or pavers for Barretts Place Playground, please call Kim Beck at 864-287-7634.

Ed, our Project Manager, led a great group of volunteers in weeks of Site Prep and the five days of the Actual Build. It took a lot of hard work on Ed's part to get everything ready for the big 5 day build. He had some great volunteers and they met at the park everyday for several weeks.During the 5 day build, over 1500 volunteers signed up to work. It was indeed amazing. Leathers and Associates had two people on the during the build who worked with the Team Captains to make sure that everything ran smoothly and on schedule. Volunteers signed in and were sent to a Team Captain. Each Team Captain was assigned duties for the day in these areas:Small Assembly; Fence and Water seal; Gravel, Mulch, and Sand; Large StructuresThese are just a few of the pictures. You will notice that it rained on us for several days. You will also notice that we had a surprise visit from the Oscar Mayer Wienermobile. Volunteer Ruth McKay had won a writing contest to bring them to our playground.The Childrens Coordinator worked with the children under 12 years of age in a separate area from the playground due to the liability of machinery on the site. The Children painted Turtle Cutouts that were placed throughout the park. Barrett loved turtles so the turtle symbol was used. In fact, there is a huge turtle at the entrance that children enjoy sitting on.Volunteers worked hard and feel ownership in the playground which is the way it should be. We are all proud of Barrett's Place Playground.

"Barrett's Place was built with love and I think childrencan feel this love when they are there." Joan Adams The Opening of Barrett's Place Playground Photos by Frank Breazeale and others - of Barrett's Place Playground Have you ever visited a Community Built Playground? - Please choose the most accurate answer to this question

Let us hear from you, please!

Have you visited a Community Built Playground?

Working or Playing at Barrett's Place is always a fun time!

The Spirit of Pendleton will live forever through the laughter of children playing at Barrett's Place Playground and Barrett Beck will never be forgotten!

Rent A Picnic Shelter For Your Next Gathering! - Call Pendleton Town Hall

Get Involved! - Together We Can Make A Difference!

We had a wonderful turn out for the October Birthday/Maintenance Day with over 60 volunteers. We were proud to be able to install a new plaque in memory of Barrett and a similar one of Justin Trotter will be installed at Trotters Trail.Thank you, volunteers!Note: This beautiful plaque along with the one for Trotter's Trail was vandalized. Please report any suspicious behavior at the park. We have got to eliminate this vandalism.

Where Is Veterans Park? - 500 Lebanon Rd in Pendleton SC 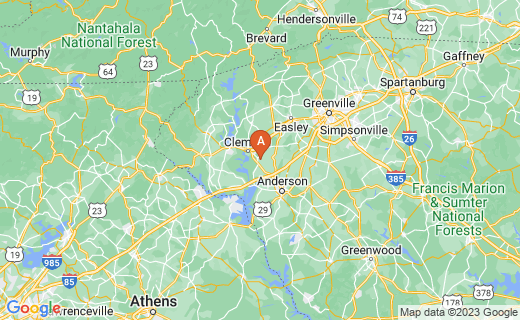 Do you have a picket at the playground for your family? Order Now!

Thank you to Kim, Molly and Karen for creating Turtle Man to represent the Barrett's Place Mascot - the Turtle!See more entries in the Pendleton Scarecrow Contest by clicking Turtle Man.

Thank you for visiting! - Please leave a comment so we will know you were here